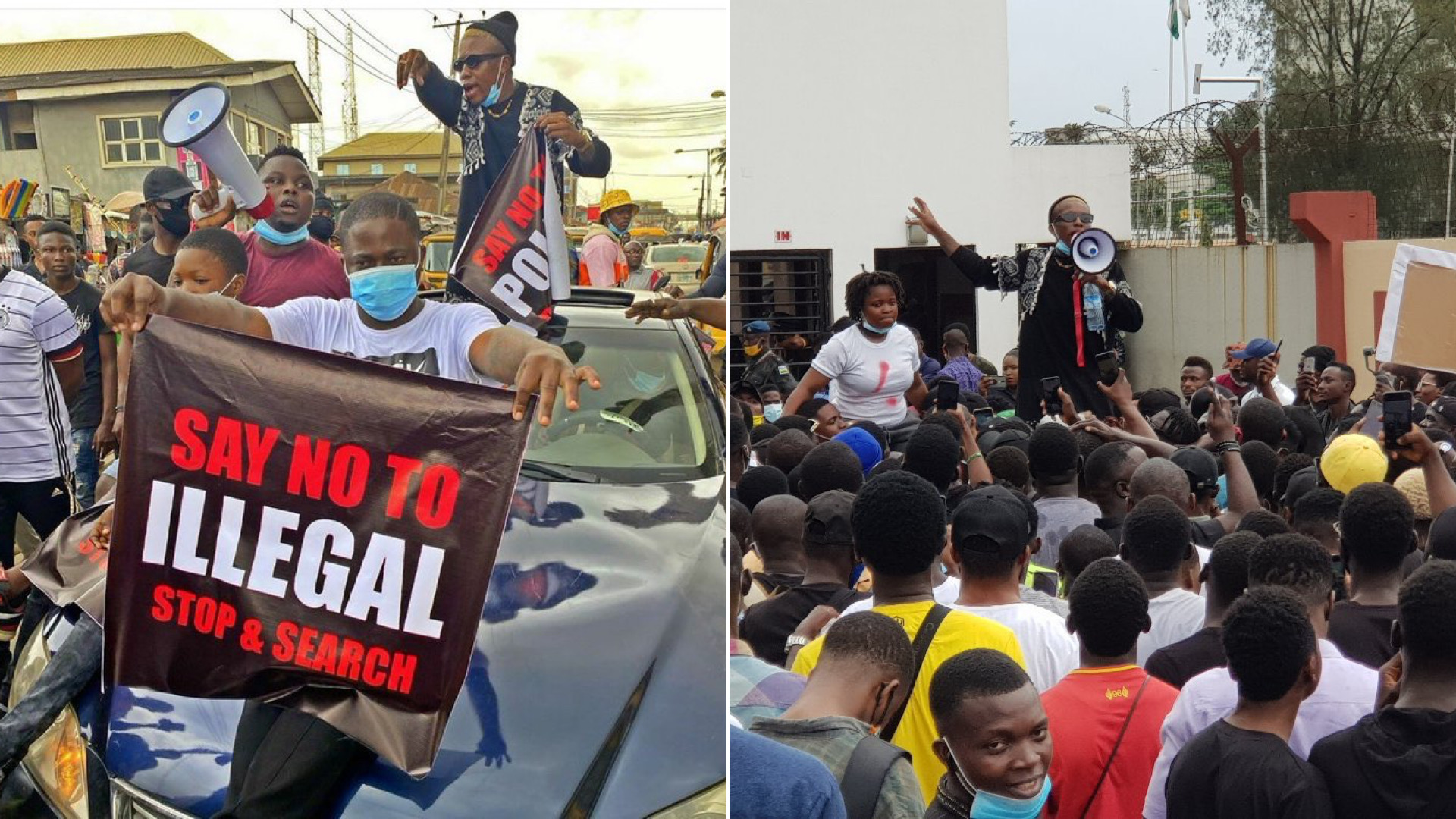 Afro-pop singer, Adekunle Temitope better known as Small Doctor has thanked his followers for coming out massively for the #EndSARS protest  in Agege area of Lagos state.

Nigerians renewed their agitations against police brutality on Saturday, October 3, 2020, after operatives of the Special Anti-Robbery Squad (SARS) allegedly killed a young man in Delta state and made away with his car.

Nigerian youths has since taken to the streets of Lagos and other states in the country protesting and demanding that the government scrap SARSas a police unit.

Just like some celebrities, Small Doctor led a massive amount of protesters, including five Agege women who have lost their children to the alleged brutality of some Federal Special Anti-Robbery Squad (FSARS) agents.

He led them all the way from Agege local government down to Lagos House of Assembly, Ikeja.

The energy was massive. God bless every single soul who came out with me today as we march and protest peacefully.

We’ve all passed a vital message and we’ll never stop until our voice is heard, remember we keep doing it peacefully. Agege Wa O!!! #EndPoliceBrutality. 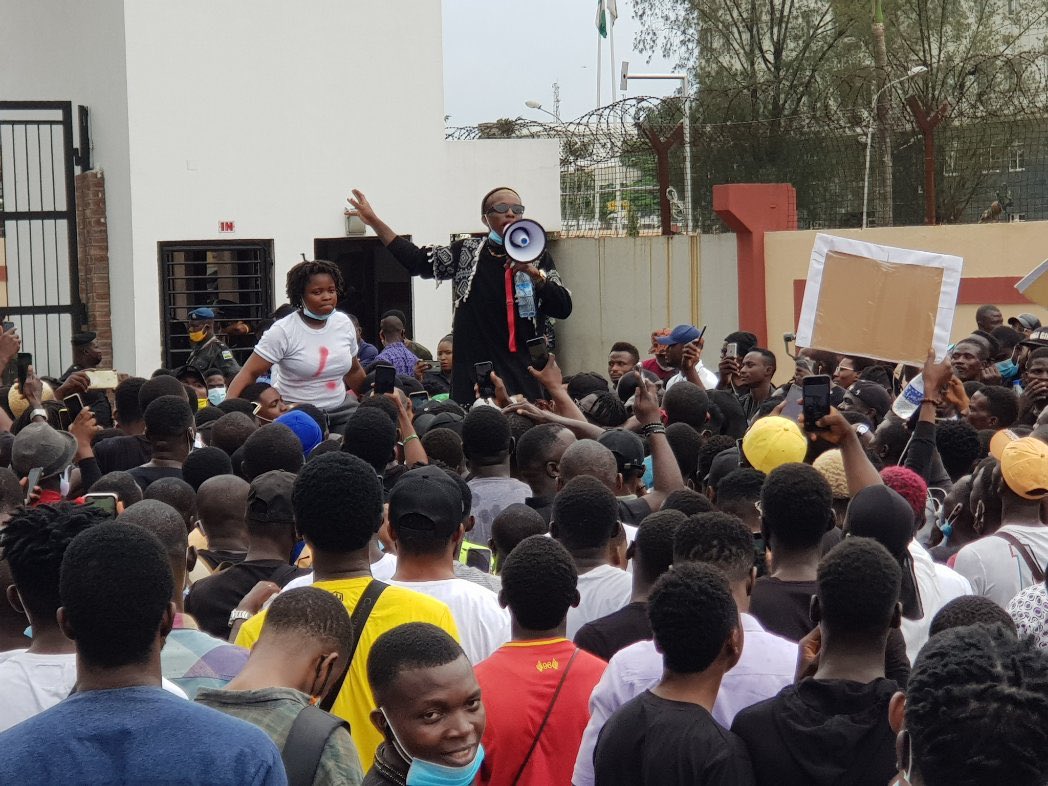 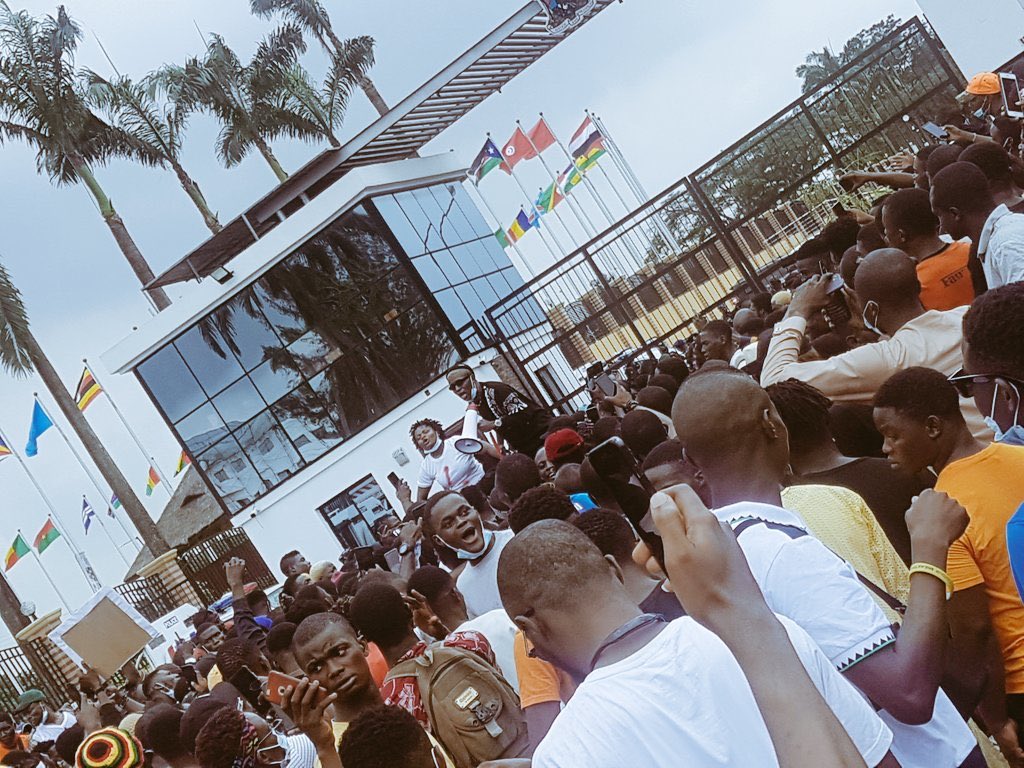 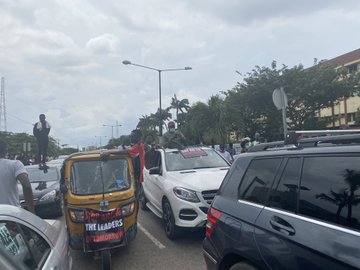 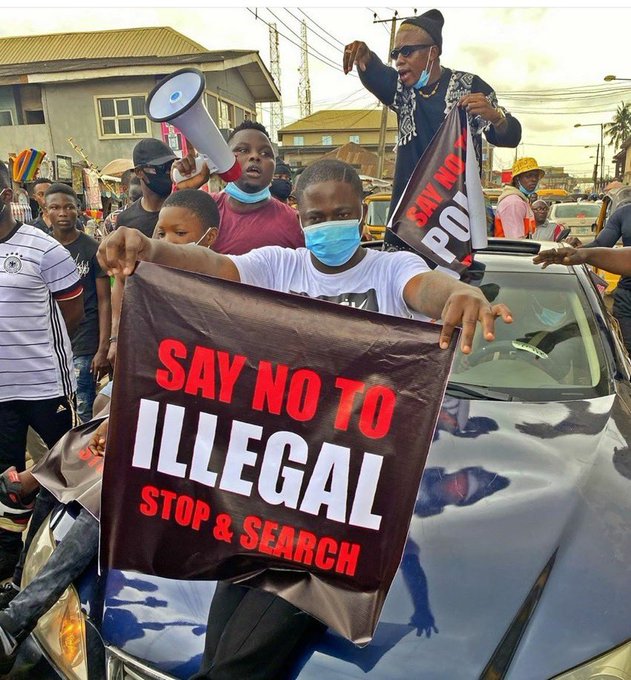 Small doctor is leading a protest in agege but “African Giant “ is hiding under his bed. Twice as afraid pic.twitter.com/uCqw6WlrJD

EndSARS: ‘Command Your Troops To Stand Down’ – Genevieve Nnaji Writes Open Letter To Buhari, Calls On Him To Address Nigerians Over Police Brutality

#EndSARS: Youths’ Response Is A Reflection Of Suffering…