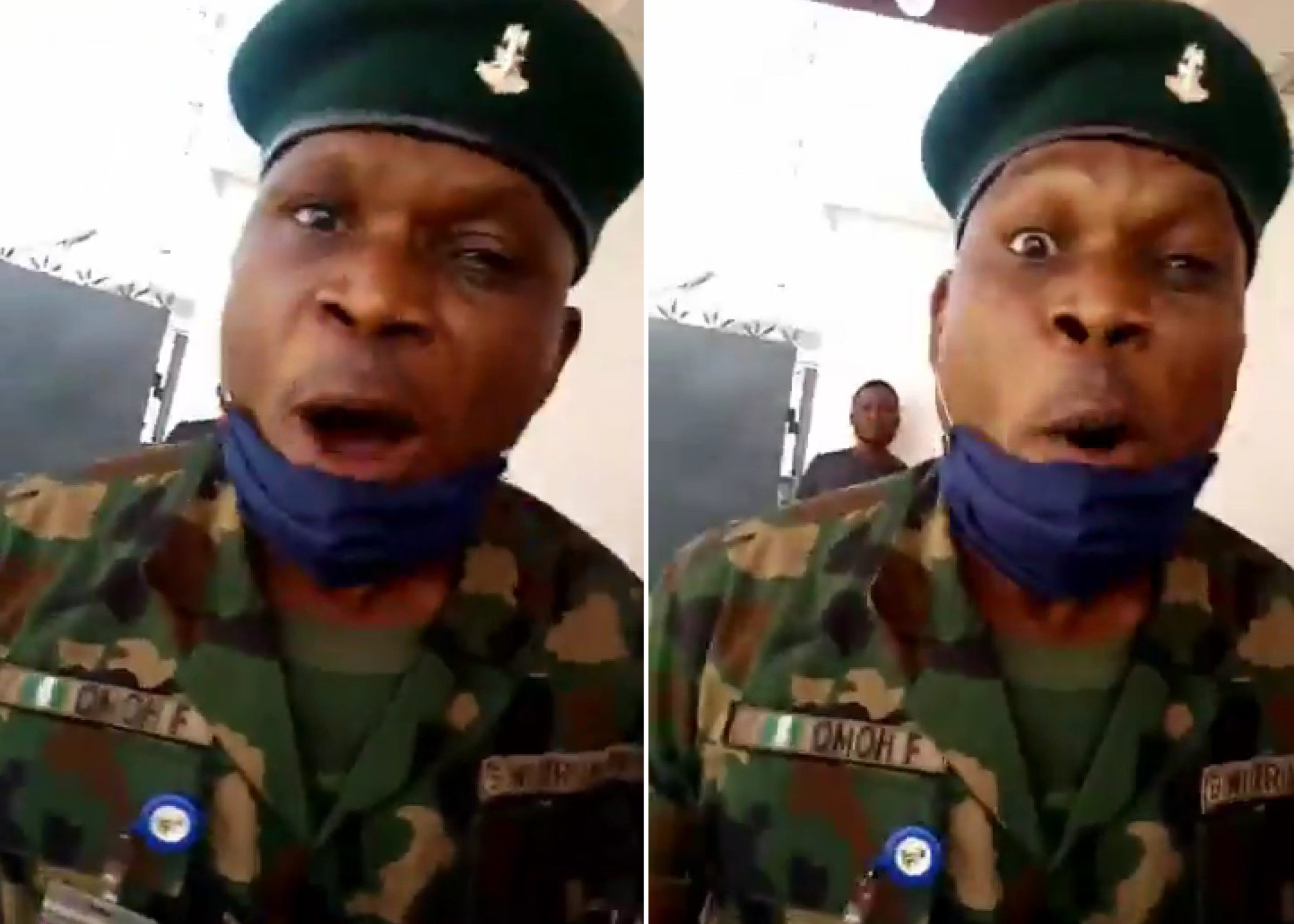 A lady simply identified as Ada-Oma has narrated how a soldier assaulted her while at an ATM gallery in the Oshodi area of Lagos state on Monday, October 26.

Giving account of the incident through her Twitter handle, @vels20, the lady cried out in her first tweet that she got assaulted by the Army official at a UBA bank ATM gallery.

She said she felt shaken up by the entire incident as she has never experienced such in her entire life.

Hello Nigerians,
I was just assaulted by an army official this morning 26/10/2020 at the ATM stand of @UBAGroup at their oshodi branch. i’m still shaking and crying as i write this because i have never felt this way in my entire life.
I’m also scared writing this because he

Giving further details, Ada-Oma expressed that she was on a queue to use the ATM when the man whose uniform name tag showed Omoh F asked her to move aside so he can move forward, which appears to be in an attempt to jump the queue.

She granted him passage but kept asking him if he was on the queue, just like everyone else was.

Ada-Oma said this resulted in the soldier threatening to kill her, bringing out a belt and whipping her with it even while other people around intervened.

flared up as you will see in the video below, and before i knew what happened he brought out his belt and hit me.@UBAGroup This happened at your branch in oshodi and your security men were there.
He hit me!!!!!
I literally cried my way to the office.
I never insulted him.
I

Ada-Oma expressed that she only asked him if he was on the queue but he got angry and violent.

She then shared some videos of the soldiers threatening and whipping her with a belt while people tried to intervene;

This comes amid fight against police brutality exhibited through harassment, intimidation, extortion and even extra-judicial killing in Nigeria via #EndSARS campaign.