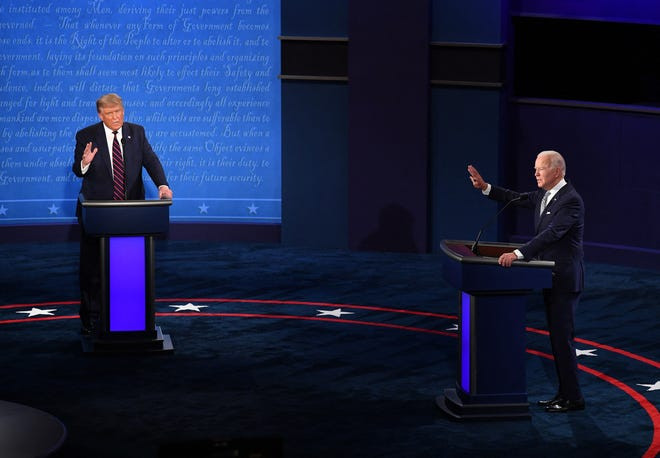 US Commission on Presidential Debates has on Friday said it has cancelled next week’s showdown between Donald Trump and his challenger Joe Biden, after the president said he would not participate in a virtual format.

Each (candidate) now has announced alternate plans for that date. It is now apparent there will be no debate on October 15.

The move leaves just one more debate on the schedule — October 22 in Nashville, Tennessee — before the November 3 election.

Debates have been a feature of every US presidential election since 1976, with three debates near the end of a campaign the standard since 2000.

The commission had announced on Thursday that it was converting the October 15 town hall debate to a virtual affair out of an abundance of caution because Trump had tested positive for the coronavirus.

However, the US president, who has been eager to return to the campaign trail and hold live events, refused to participate in the virtual format and sought unsuccessfully to return it to an in-person debate.

Biden had said earlier this week he would not debate Trump in person if he still had the virus, and his campaign called Trump’s refusal to adapt to a virtual format “shameful”.

It’s shameful that Donald Trump ducked the only debate in which the voters get to ask the questions — but it’s no surprise.

Trump doesn’t have the guts to answer for his record to voters at the same time as vice president Biden.

The US president meanwhile plans to hold his first live event at the White House since being diagnosed with COVID-19.

All attendees will be told to wear masks they must bring, and will have to submit to a COVID-19 screening on Saturday morning.

This will consist of a temperature check and a brief questionnaire, according to a source familiar with the preparations.