Officers of the Nigeria Police Force have reportedly blocked the road leading to Afrika Shrine, Ikeja, Lagos, in a bid to prevent a meeting on #EndSARS protest from taking place.

Seun, one of the sons of Fela Anikulapo-Kuti, Afro Beats maestro, had earlier sent out flyers announcing a meeting on the lessons from #EndSARS protests.

The meeting was originally scheduled to be held on Tuesday, November 17 at the African Shrine. 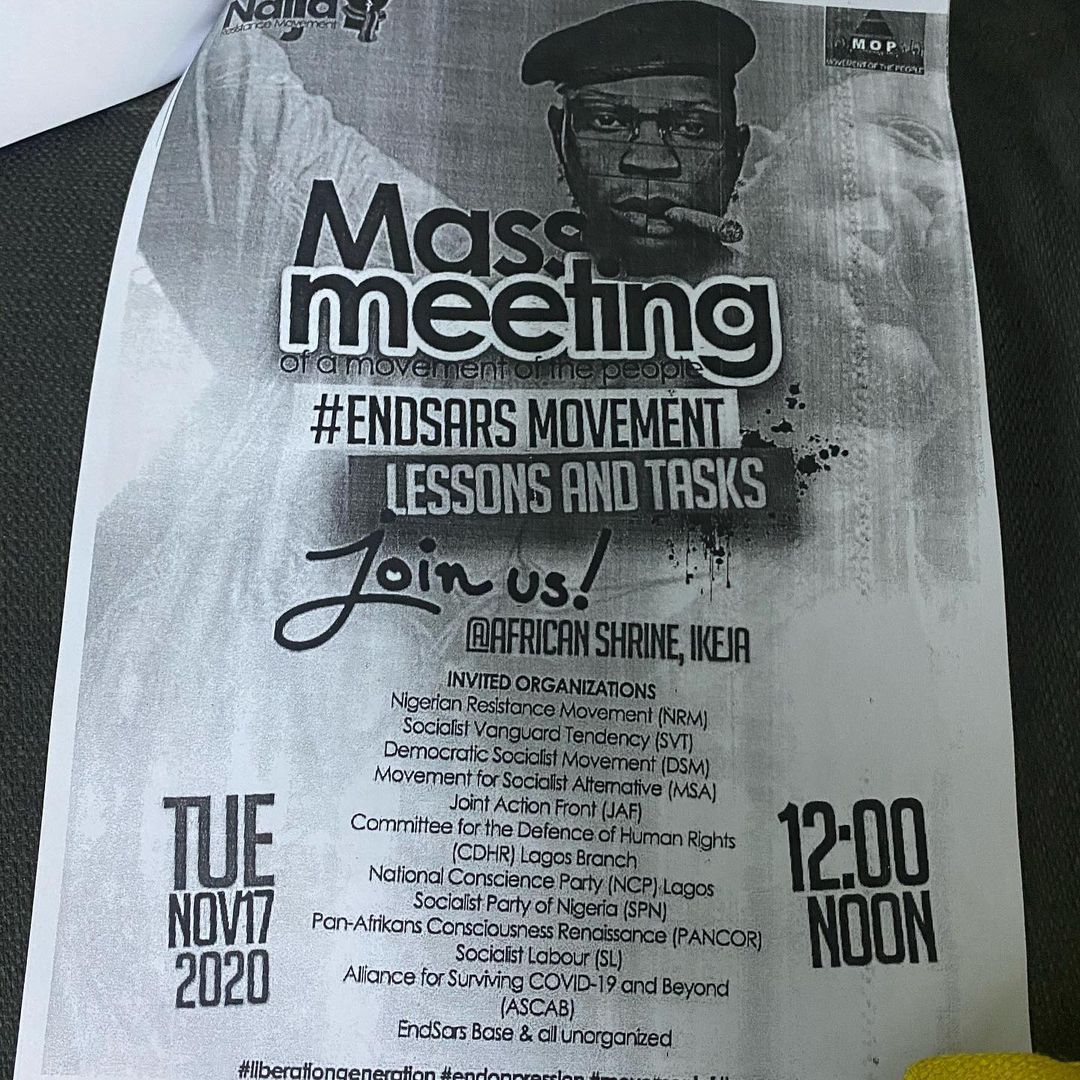 There are reportedly over 20 police vans with armed policemen present to prevent people from accessing the venue.

Mobile policemen mounted strategic locations across the shrine while their vans were parked right in front of the relaxation spot. 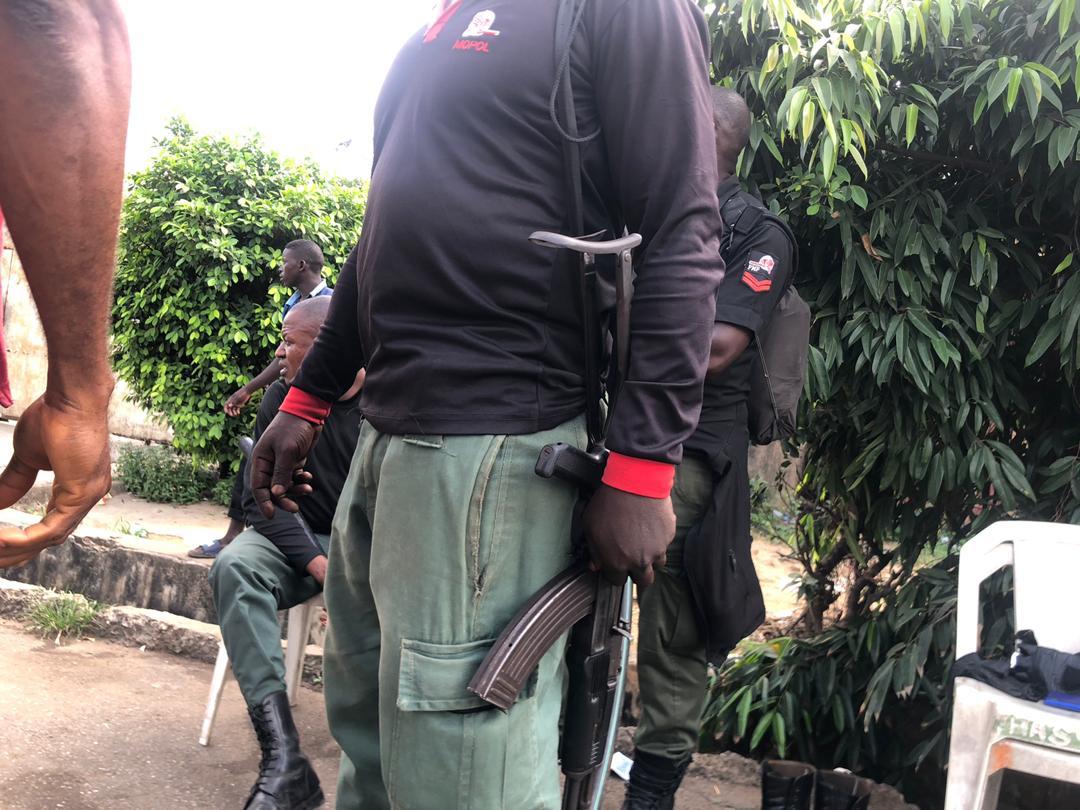 This comes after Lagos State Police Command on Monday threatened to close the African Shrine if the meeting went ahead.

However, the police in a letter to the Kuti family and manager of the facility, said the programme was not allowed and will be tagged a deliberate action to sabotage the restoration of peace in Lagos State.

The police cited the recent violence that trailed the #EndSARS protest as its reason for ordering the suspension of the programme.

It is on this premise that I write that such a gathering or meeting planned to be hosted at your venue is not welcome at this perilous time when the security of the nation is trying to find her feet to stabilize all threat to life and properties.

You are hereby warned to suspend such gathering as any infraction that may emerge from this gathering will be tagged a deliberate action to sabotage the transition and restoration of the peace in Lagos by the state government and the Nigeria Police Force. 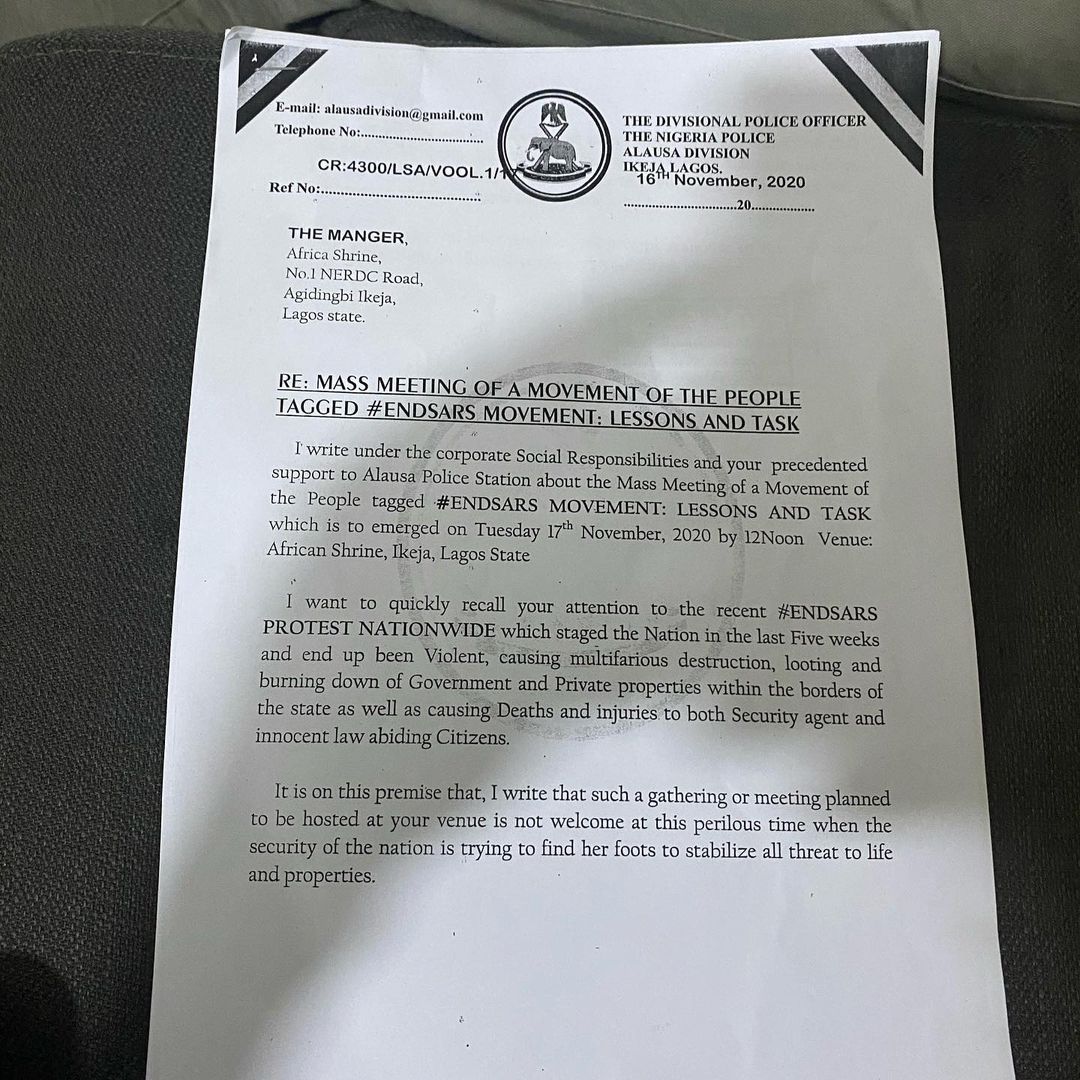 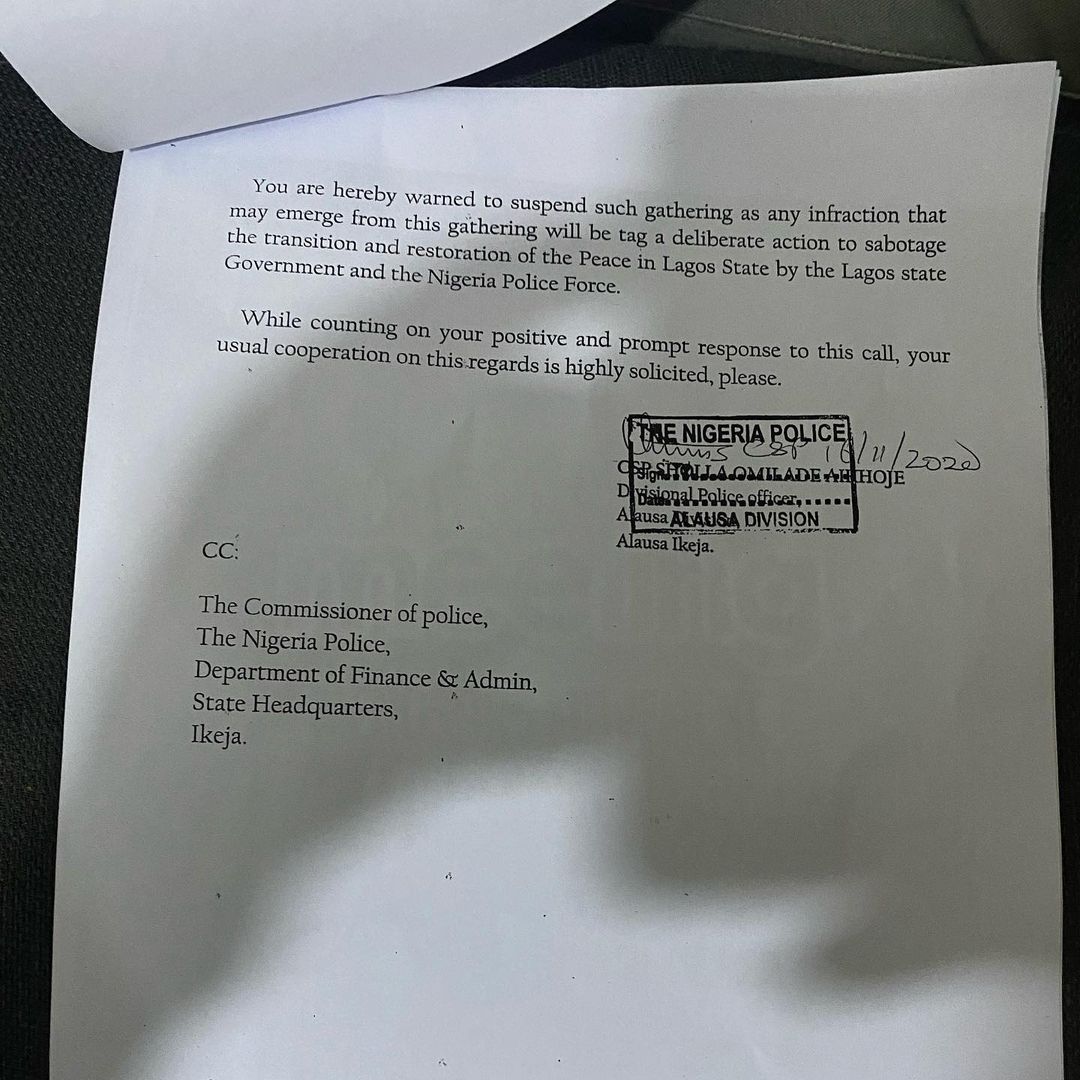 Seun shared snapshots of the letter on social media and in his reaction, he said he will go ahead with his programme but at a different venue.

I respect my family’s decision not to hold the event but I will still go ahead with all the other organisations to launch the Movement of the People tomorrow and start our political resistance to the tyranny of this oppressive regime.

This is a meeting, just a meeting of organisations and they are basically banning the right of association. Why are they afraid of the people organising? What is democratic about this act?

The last time we tried to launch the government quickly called curfew and this time they have used threats but you can’t stop the will of the people.