Buhari Meets With Sultan Of Sokoto, Ooni Of Ife, Other Traditional Rulers (photos) 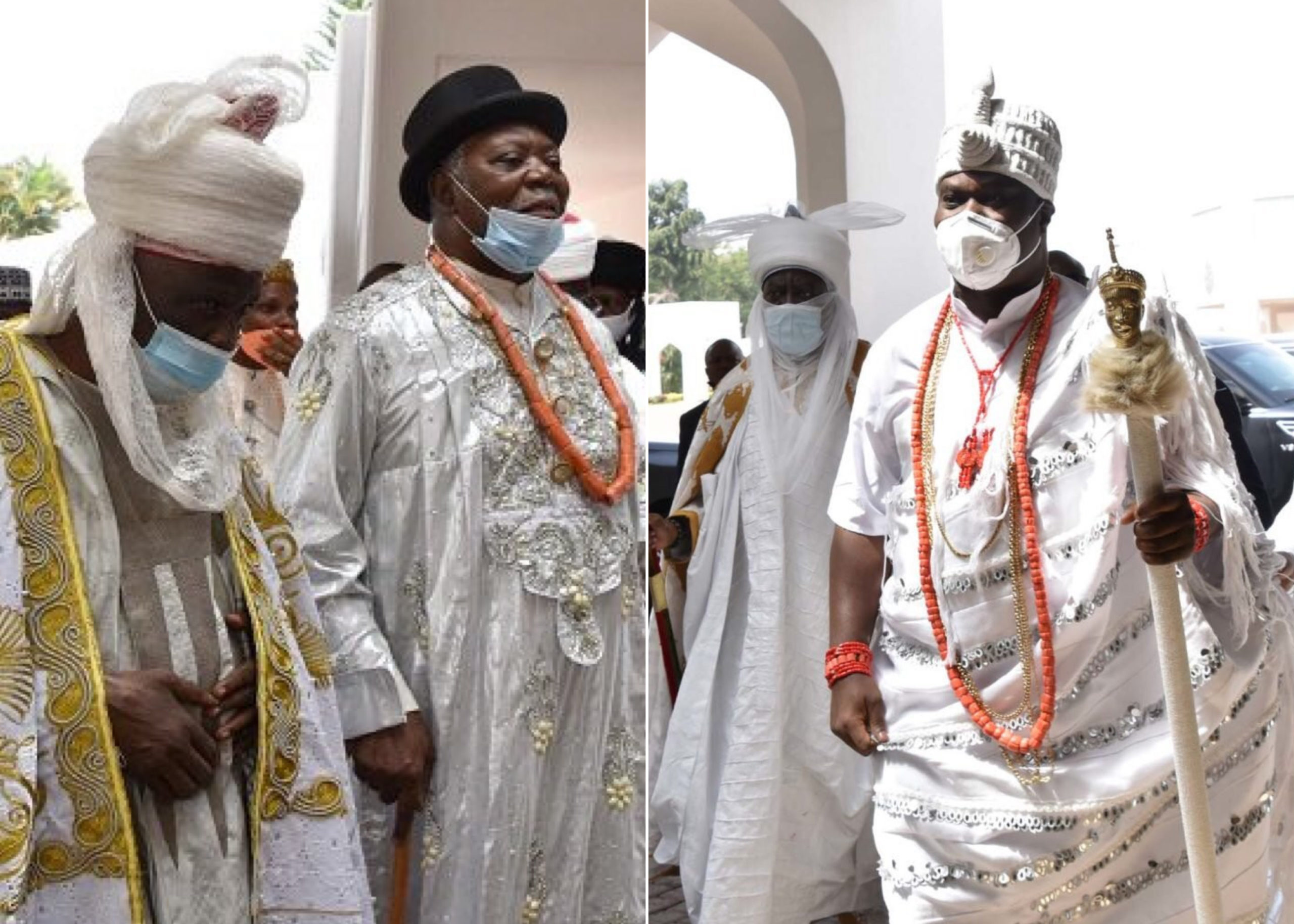 President Muhammadu Buhari has met with some traditional rulers from across the country in the State House, Abuja on Thursday, November 25.

The delegation of the National Council of Traditional Rulers of Nigeria led by the Sultan of Sokoto, His Eminence, Alhaji (Dr) Muhammadu Sa’ad Abubakar III.

Other monarchs that were part of the delegation include the Ooni of Ife, Oba Adeyeye Enitan Ogunwusi, Emir of Kano, Emir of Fika, Tor Tiv, Chairman Imo State, Council of Traditional Ruler, and more.

Speaking during the meeting, President Muhammadu Buhari pleaded with traditional rulers to support his administration’s determination to address the demands of youths in the country.

He told the royal fathers that “we have heard the loud cries of our youth and children, and we are attending to their concerns”, in an apparent reference to the #EndSARS protest by Nigerian youths for police reform.

The #EndSARS protest last month held for about two weeks in major cities across Nigeria with the protesters demanding an end to police brutality, the dissolution of notorious police unit, SARS, and comprehensive police reform.

Buhari, however, stressed that;

To succeed in all of this, we would require your support and voice to help amplify the message. Your proximity to the people places you in a unique position to communicate and ensure that our response is targeted and impactful.

Describing their “role as guardians of our traditional values and culture” as most critical, the President urged them not to compromise their neutrality “because this is what significantly confers on you, your moral authority and legitimacy”.

According to President Buhari, his Chief of Staff, Prof. Ibrahim Gambari, would lead senior government officials to various parts of the country “and directly engage with you as part of this process. He will be reporting back to me on your various perspectives”.

I want to once again thank you for the role you all have played to calm down our youth with wisdom and authority. By instilling hope and keeping the peace, you have rendered the country great service.”

The President warned that;

We cannot allow anybody or group to threaten the peace or sabotage these efforts. Strong, transparent efforts are underway to address those rogue elements of the Nigerian Police Force. Simultaneously, the Nigerian Police Force will also undergo much needed reform that covers welfare, working conditions, and code of conduct. That will usher in a more professional workforce.

See some photos from the meeting below; 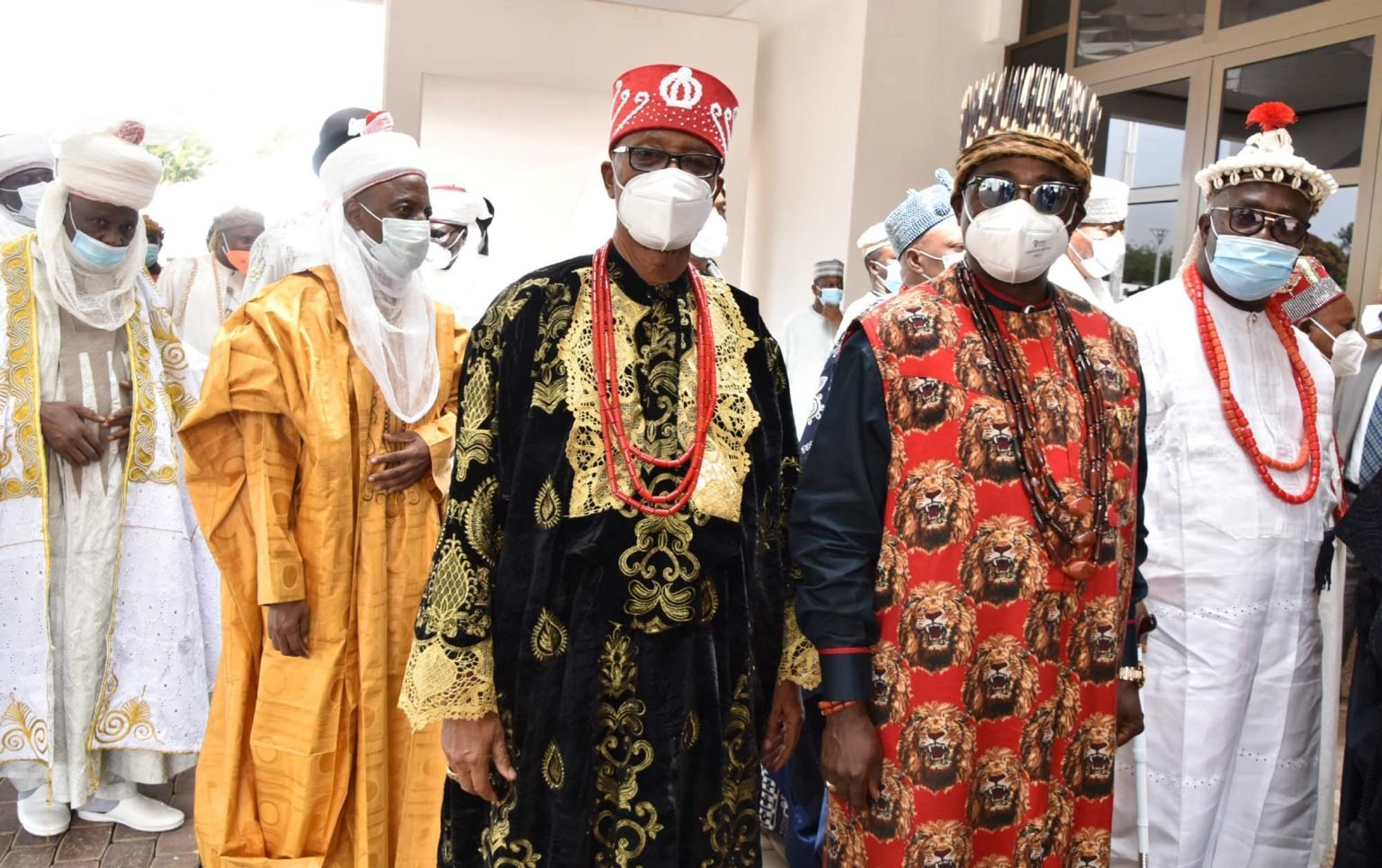 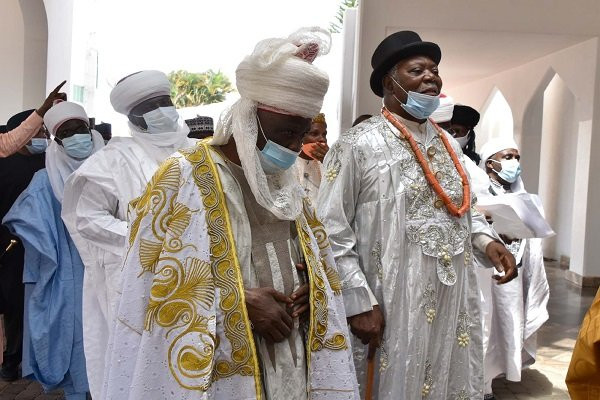 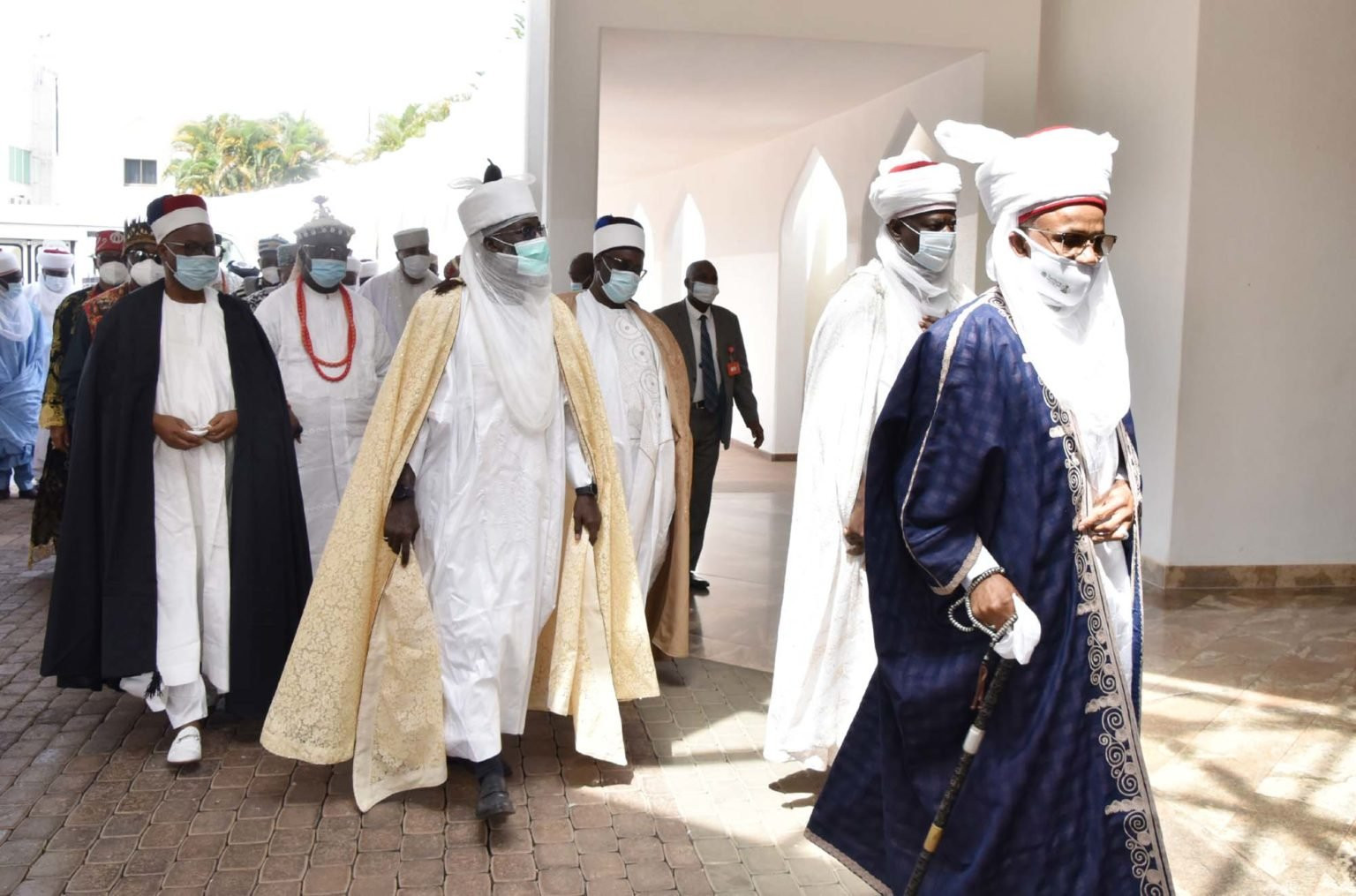 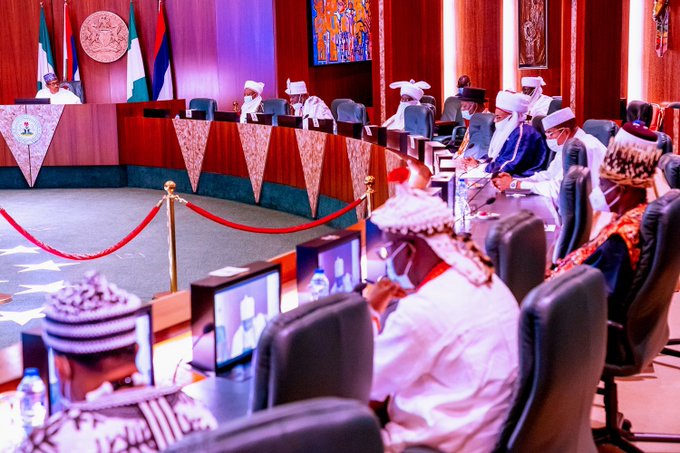