Breaking: Nigerian Ambassador To US, Sylvanus Nsofor, Dies At 85 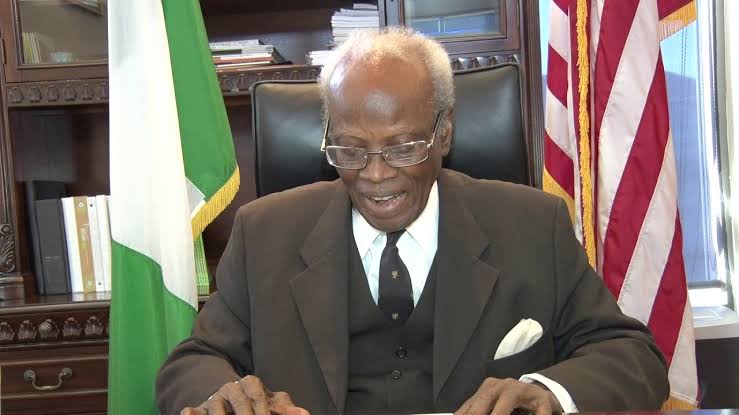 Nigerian Ambassador to the United States, Sylvanus Adiewere Nsofor has reportedly passed away on Thursday, December at 85.

Though no official statement has been issued, ThisDay reports that competent sources confirmed his death.

Nsofor, who is a retired justice of Nigeria’s Court of Appeal, assumed office as Nigeria’s ambassador to the United States on November 13, 2017.

The envoy succeeded Prof. Adebowale Adefuye, who died towards the end of his tenure as Nigeria’s ambassador to US.

It was his first ambassadorial posting, after his retirement from the Court of Appeal as a Justice.

Born on March 17, 1935, in Oguta, Imo State, Nsofor graduated from London’s now-defunct Holborn College of Law in 1962. He also bagged an LL.M from the London School of Economics in 1964.

Insecurity: ‘Nigeria Better Than What We Were Seven Years Ago’ – Defence Minister