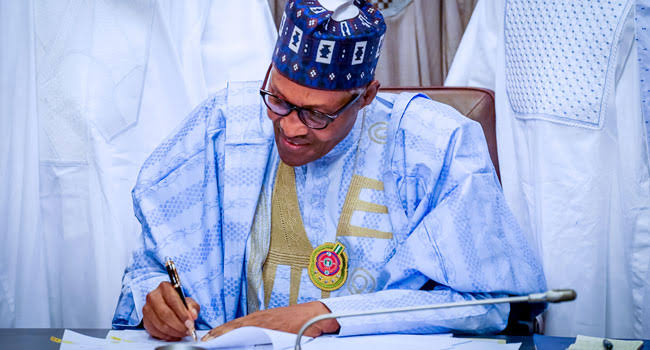 Presidency has announced that President Muhammadu Buhari will today December 31, sign into law 2021 appropriation bill which was passed last week by the National Assembly.

According to DailyTrust, Special Senior Assistant to President Buhari on media and publicity, Garba Shehu, confirmed this on Wednesday, December 30.

Vice President Yemi Osinbajo, Senate President Ahmad Lawan, Speaker Femi Gbajabiamila of the House of Representatives, principal officers of National Assembly and chairmen of the appropriations committees of both chambers are expected to attend the event.

Senator Babajide Omoworare, Senior Special Assistant (SSA) to the President on National Assembly (Senate) and Umar El Yakub, his counterpart in the House of Representatives will be presenting the 2021 budget to President Buhari.

However, due to the ravaging COVID-19, the event maybe conducted virtually.

On Monday, the Presidency confirmed the receipt of the 2021 appropriation bill from the National Assembly.

The budget was passed after the two chambers considered and adopted the reports of its committees on the 2021 appropriation bill.