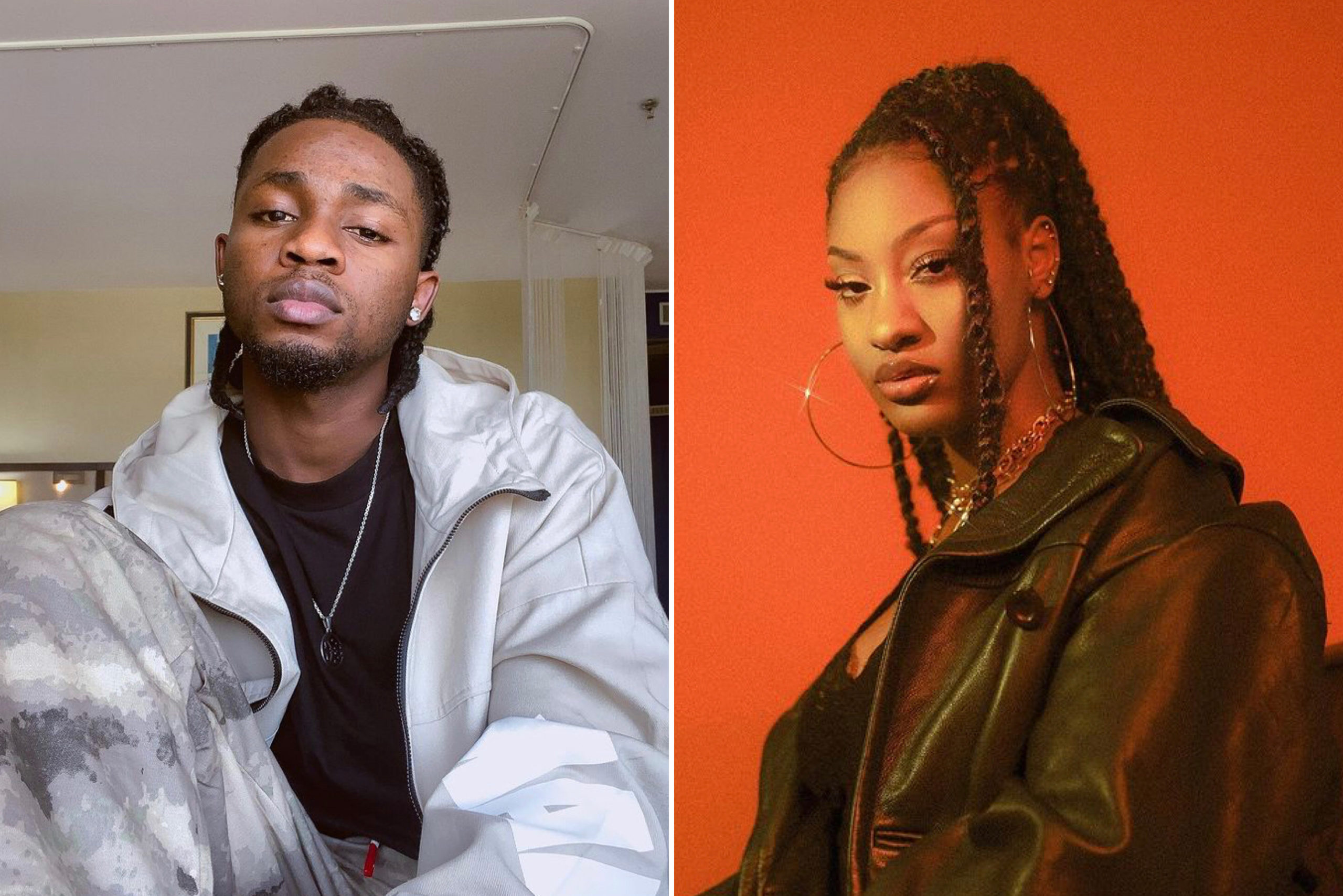 Many Nigerians including celebrities have demanded the immediate and unconditional release of arrested singers, Omah Lay and Tems by Ugandan authoritarian over the weekend.

Both singers were arrested by the Uganda Police Force after their performances at The Big Brunch in Kampala, Uganda for flouting COVID-19 guidelines.

The duo were arraigned in court today for this offense and the Judge ordered the remand of Omah Lay and Tems.

The ruling has since sparked outrage among many Nigerians on Twitter, as they believe the artistes were not given a fair hearing.

Ace rap artiste, Olamide also lent his voice to the release of the singers, saying;

Rave-of-the-moment artiste, Fireboy DML, in a tweet asked Ugandan police why his peers were being mistreated.

What is going on? @PoliceUg Why are Omah Lay and Tems being mistreated?! #FreeOmahLay#FreeTems everyone please let’s create more awareness on this, it’s no longer funny!

what is going on? @PoliceUg why are Omah Lay and Tems being mistreated?! #FreeOmahLay #FreeTems everyone please let’s create more awareness on this, it’s no longer funny !

In an update, Peter Okoye of defunct PSquare group revealed that the chairman of Nigerians In Diaspora Commission (NIDCOM), Abike Dabiri-Erewa, during a telephone conversation assured him that they are working on ensuring the release of the singers.

Just got off the phone with @abikedabiri And she said they doing everything possible to get it all sorted! Pls let’s all be calm🙏🏽. Thank you very much maddam! #FreeOmahLay #FreeTems

Wasn’t there prior publicity about the show? why wasn’t it shut down before it was held? why are you arresting some particular artists that performed? Who organised the show? #FreeOmahLay#FreeTems

#FreeTems #FreeOmahLay WHY THE FUCK ARE THEY BEING DETAINED!!!! NA BOOK DEM BOOK THEM!!

Its a total shame that Nigerian artists Omah Lay and Tems who flew into Uganda LEGALLY for a publicly announced event are being hounded and embarrassed in such a manner.#FreeOmahLay #FreeTems @GovUganda @abikedabiri

Omahlay and Tems were invited and granted permission to perform!! @PoliceUg
Why exactly are they being detained?

It is our Duty, to ensure the protection of our Citizens.@NigeriaMFA @Abikedabiri
Please look into this and resolve it quickly!! Thank you#FreeTems #FreeOmahLay

Omah Lay and Tems are currently being bullied in Uganda by their Police and the Government.

Pass this on and let someone know that some Nigerian citizens are held hostage in a foreign land!!!!@PoliceUg you know the right people to arrest, #FreeOmahLay and #FreeTems now!!

Uganda get mind oo, a whole giant of Africa, @PoliceUg police dey treat its citizens like that. No respect, no regards at all, ordinary Uganda wey Oshodi and agege boys go go there go scatter. No be their fault anyway, na wetin pur leaders cause. #FreeTems #FreeOmahLay

Omah Lay & Tems have been sent to a maximum security prison in Uganda till Wednesday and the Nigerian Govt isn’t doing anything about it.

@temsbaby and @Omah_Lay Should be home, not in court before a magistrate for a negligent act likely to spread #covid19 they were booked to perform, they didn’t organize the concert, it’s the promoter. Free the artists 🇳🇬#FreeOmahLay #FreeTems pic.twitter.com/SBCivtTUmG

So my brother-in-law just sent this to me from Uganda, apparently Omah Lay & Tems have been sent to a maximum security prison in Uganda till Wednesday & the Nigerian Govt isn’t doing anything about it.

UG so I’m disappointed 💔 #FreeTems #FreeOmahLay this is not right! 🤬🤬🤬

Omah Lay and Tems have been charged to court in Uganda

Everyone please let’s create more awareness on this!! This is getting out of hands! #FreeOmahLay #FreeTems

They were that strict with Covid 19 rules, yet they organized a concert, invited Nigerian musicians to perform, allowed them in the country, allowed them perform, then arrested them for breaking a rule they clearly could have avoided. Doesn’t make sense! #FreeTems #FreeOmahlay 😠 pic.twitter.com/Fnc5dm9Rk4