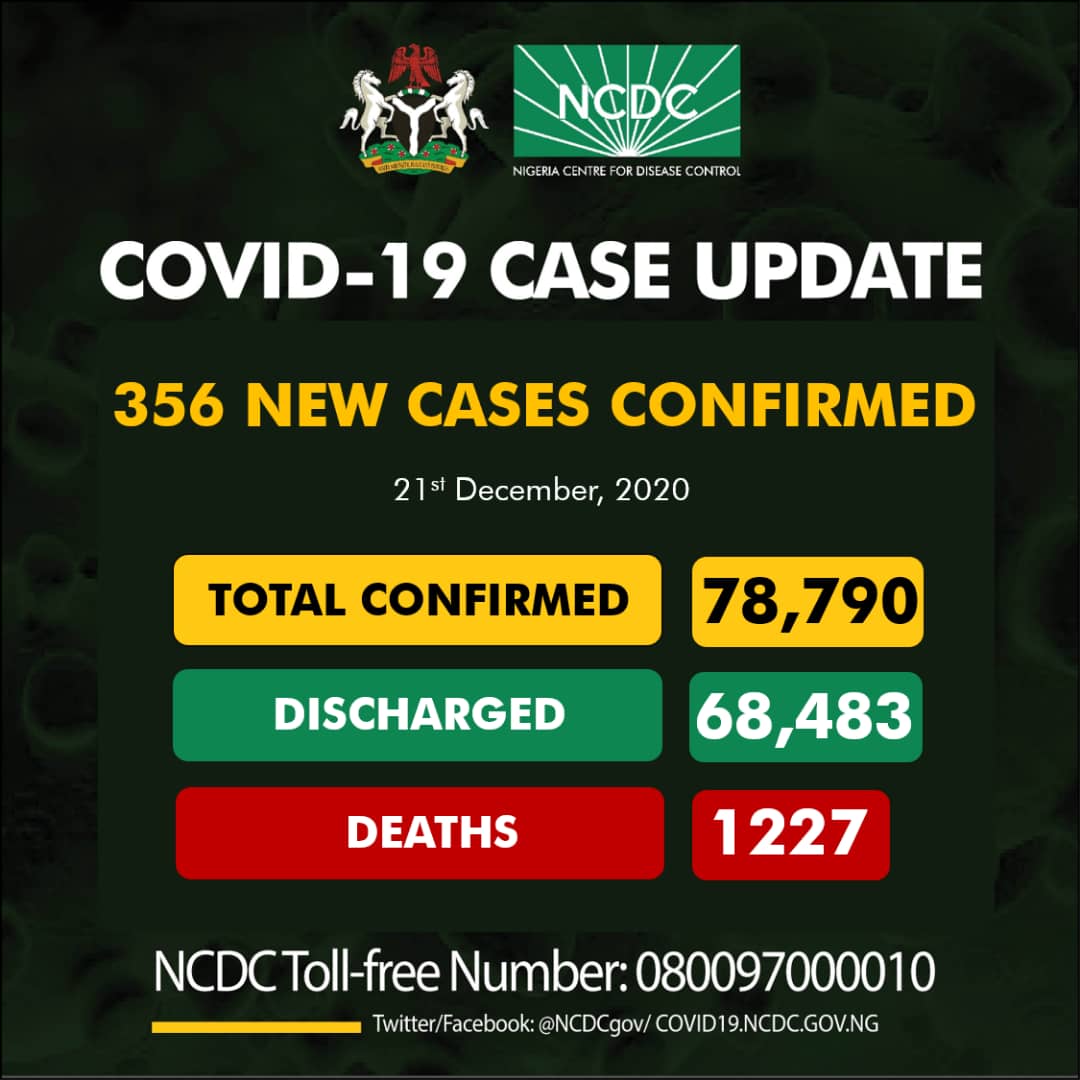 The health agency made the announcement via its Twitter page with the new cases recorded in 14 states and Federal Capital Territory (FCT).

Our discharges today include 59 community recoveries in Lagos State managed in line with guidelines.

A breakdown of cases by state can be found via https://t.co/zQrpNeOfet pic.twitter.com/8XplSztIKE

A total of 1,227 deaths have now been recorded thus far in Africa’s most populous country as 6 new deaths was reported in the last 24 hours.

Meanwhile, President Muhammadu Buhari has approved fresh measures to curtail the spread of coronavirus in the country amid reports of the emergence of second wave of the virus.

Some of the measures include the closure of all versed nightclubs and restuarants as well as restriction of guests at weddings, conferences, and sporting activities among others to 50 persons.

This was announced by Chairman of the Presidential Task Force on COVID-19, Boss Mustapha, at a press briefing of the task force in Abuja on Monday.

In line with President Buhari’s authorisation, the Presidential Task Force expressed that the new restrictions would be implemented over the next five weeks.