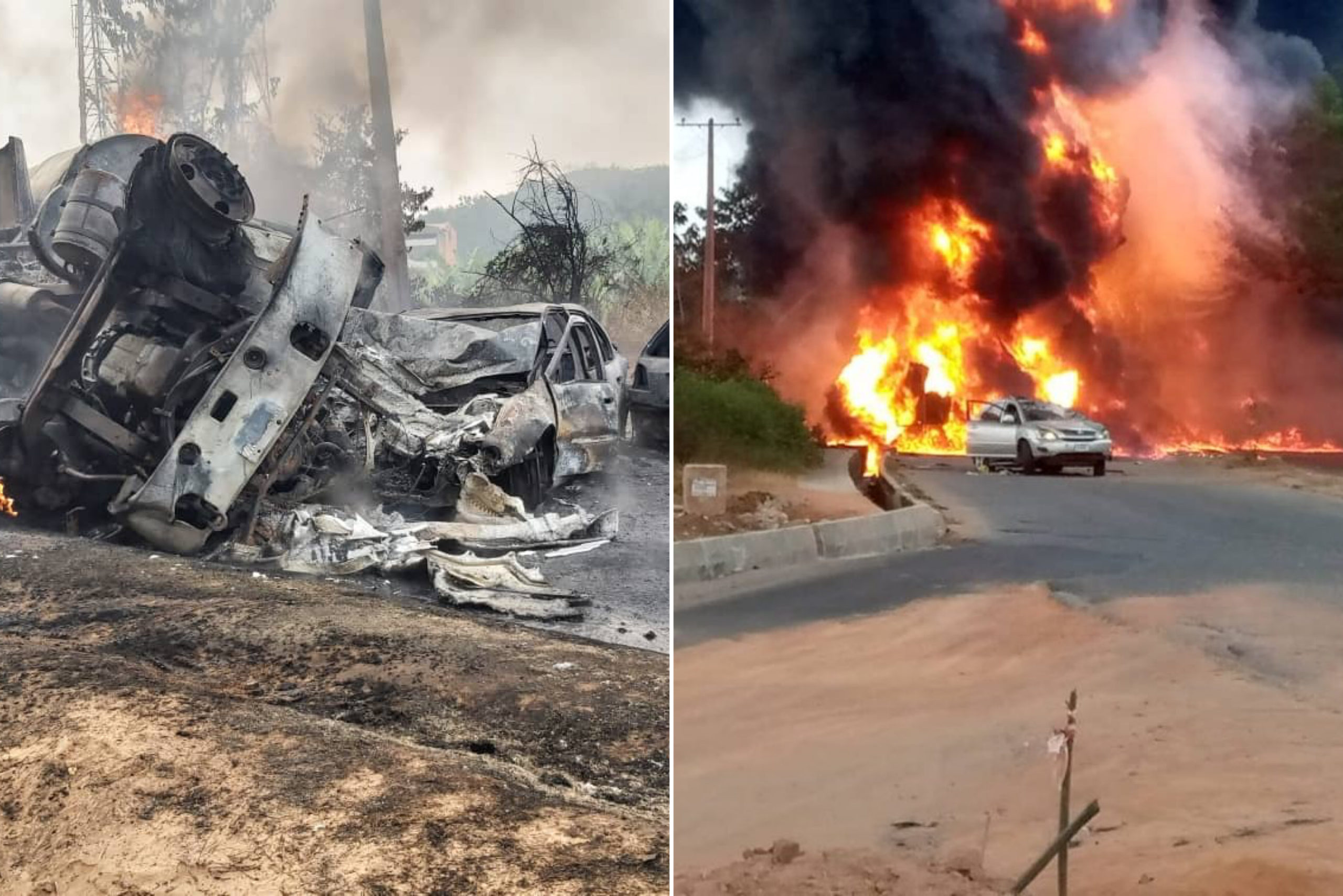 One person has been feared dead while scores of vehicles got burnt in a tanker explosion that occurred in Abeokuta, Ogun State capital on Tuesday morning.

The incident occurred around 8:15 am on Tuesday on Presidential Boulevard Road around Guarantee Trust Bank opposite Lawson Group School, Kuto in Abeokuta.

The explosion, which reportedly involved a 33,000-fuel laden tanker, happened due to a brakes failure.

According to multiple reports, sources who were at motor park close to the scene observed that the tanker which was coming from Sagamu-Siun-Oke-Mosan Road climbed the overhead bridge but suddenly lost control while descending from the bridge .

The tanker hit a motorcycle which was in motion and rammed into some commercial vehicles waiting for passengers at the end of the bridge.

Shortly after it rammed into the scores of the vehicles, it exploded.

The fire which spread to a few offices around the place caused panic as many motorists started to reverse to avoid being caught up in the explosion.

‌There was anxiety over the fate of some pupils who were in the vehicles around the place and in the school premises opposite the scene of explosion.

As at the time of filing this report, some officials of Traffic Compliance and Enforcement Corps were seen at the scene controlling the traffic and officials of fire services were still being expected at the scene.

See some photos and videos of the incident below; 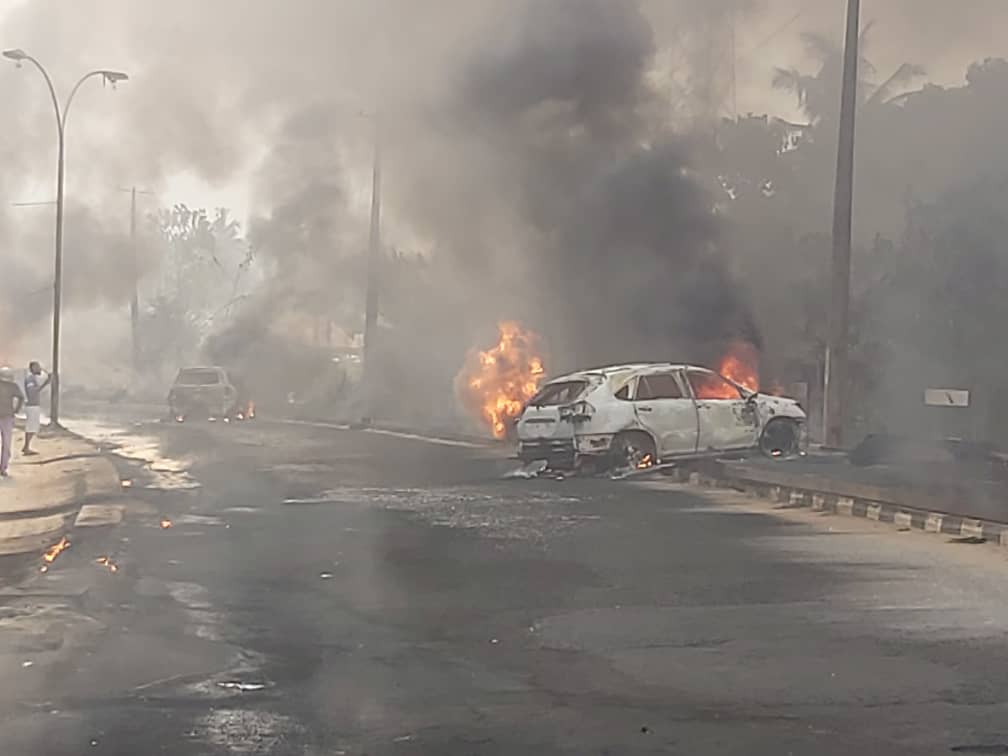 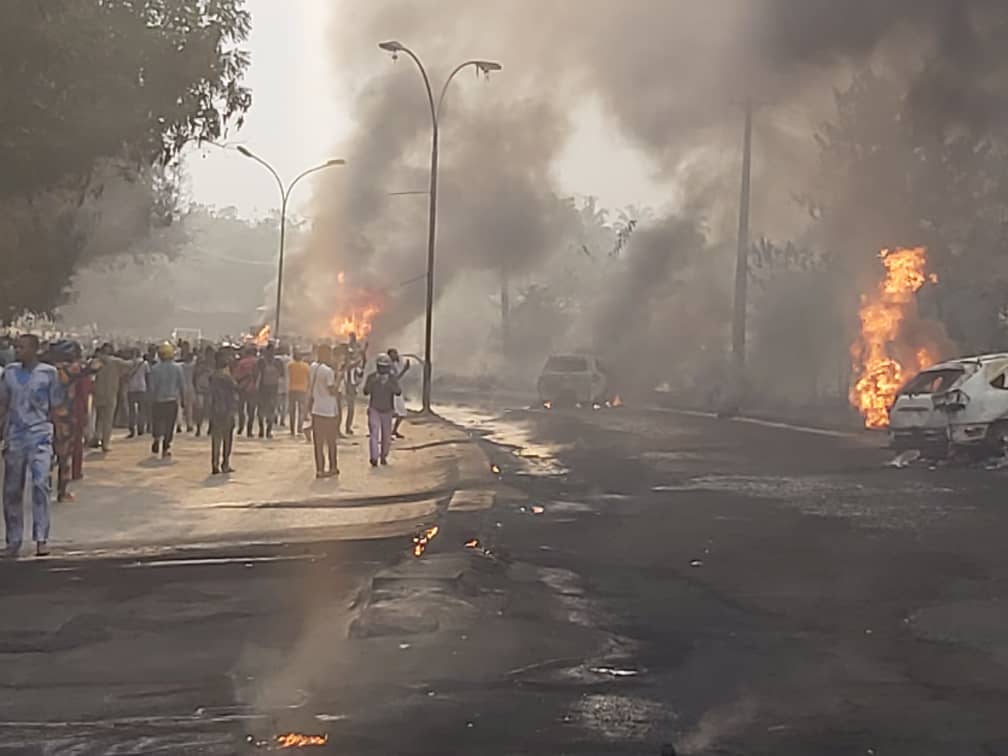 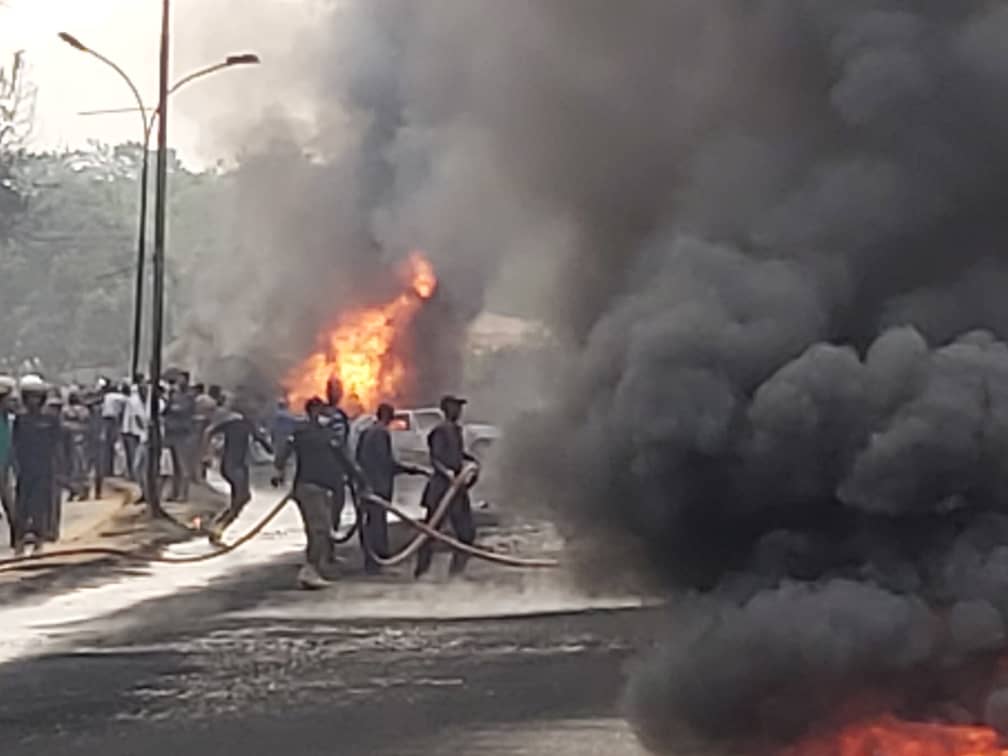 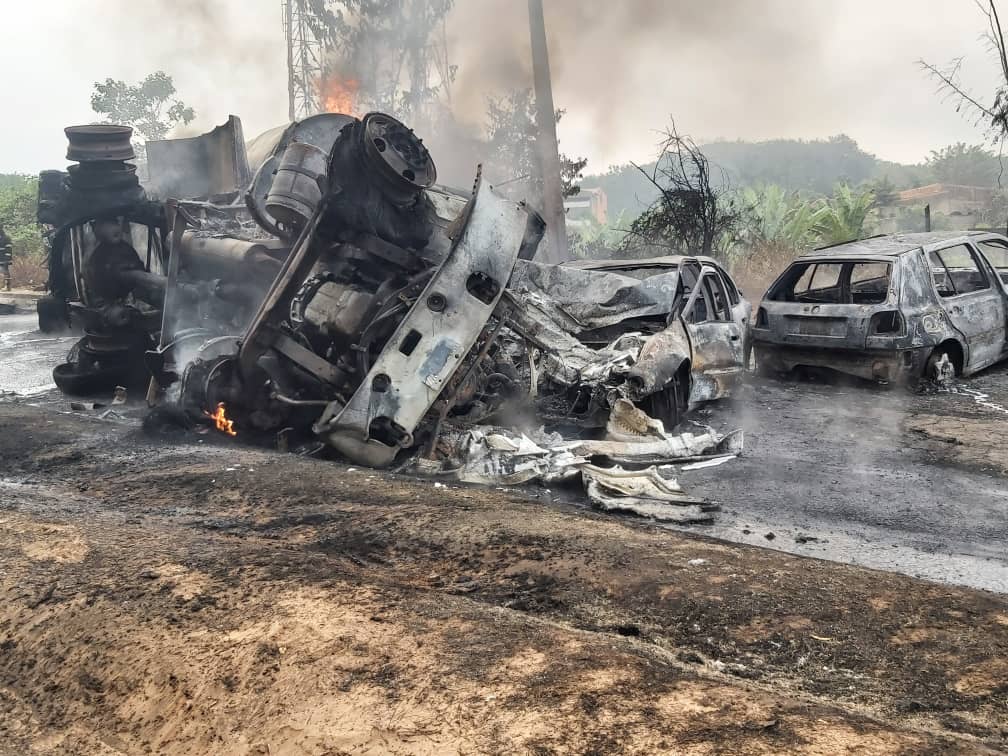 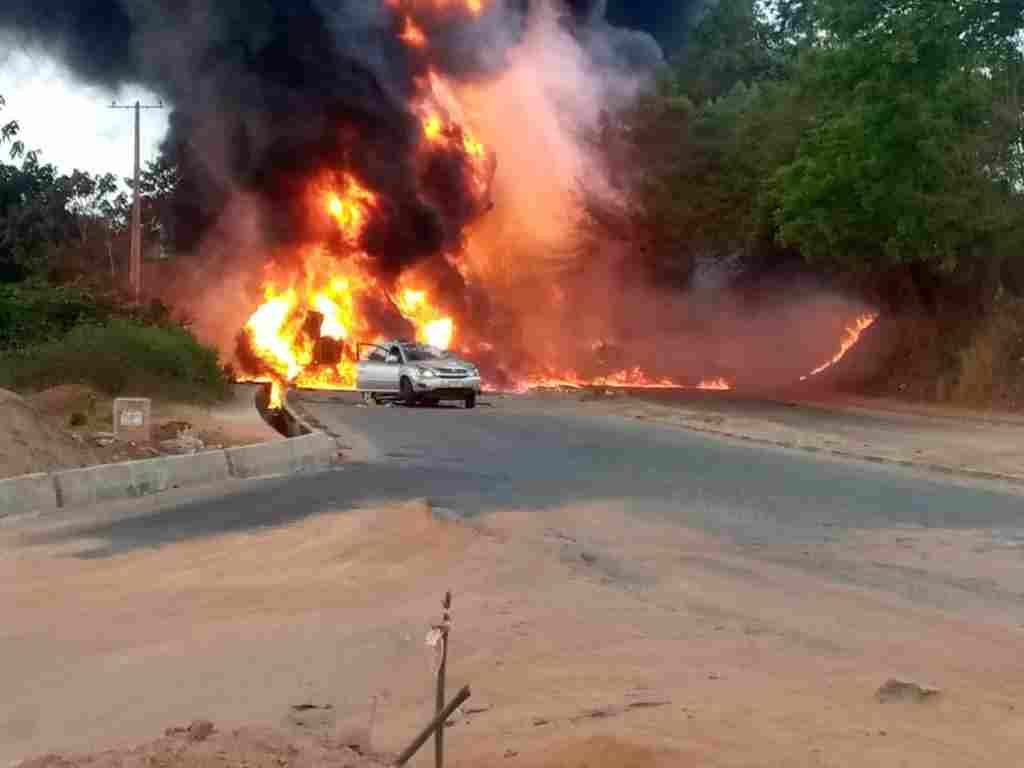 — More video from the scene of Fuel tanker explosion in front of GTBank Kuto, , Abeokuta in Ogun state .

Motorists are advised to avoid the road and take alternative routes available.pic.twitter.com/BsXMk13j2l