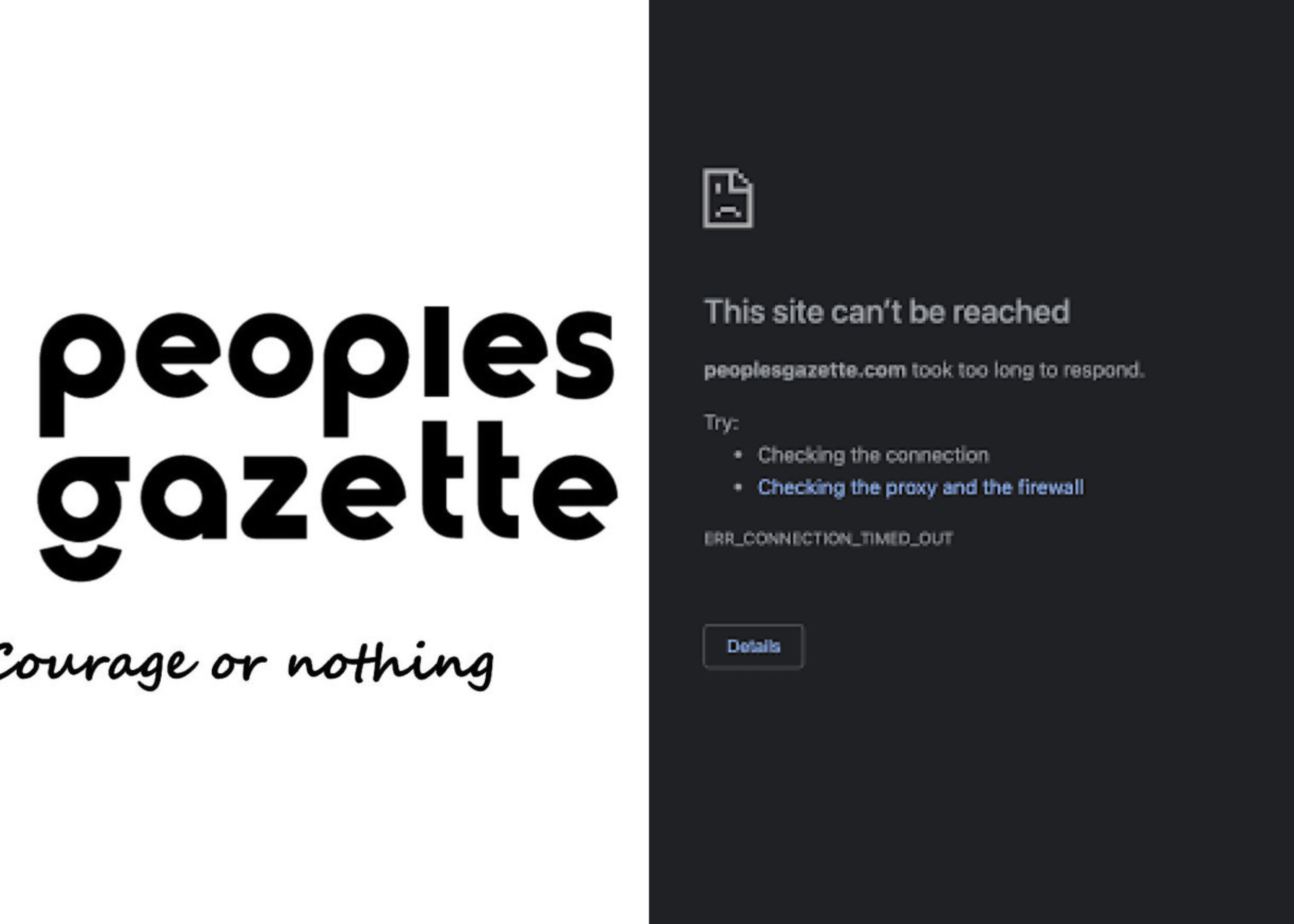 Access to the website of Nigerian online newspaper, Peoples Gazette has allegedly been restricted by mobile telecommunications companies including MTN, Glo, and 9mobile.

Visiting the website using Airtel network was intermittent, as at time of filing this report, but the site is accessible when browsing on the affected networks using a Virtual Private Network (VPN). You can also currently access the news platform using fiber optic broadband service providers like Spectranet.

The newspaper, founded in 2020 by investigative journalist, Samuel Ogundipe, takes pride in its slogan “Truth, Courage or Nothing” as it has been known for publishing reports that are critical of Nigerian government.

According to Ogundipe, in an interview with NewswireNGR, the restriction may have been caused by some reports the newspaper recently published.

We observed as of 7:00 p.m. that our website was no longer accessible to people on MTN and Glo, meaning a vast majority of Internet users in Nigeria.

MTN and Glo have the two largest mobile data subscriber base, with over 78 million and 52 million connected lines, as at the end of the second quarter of 2020, according to data by Nigerian Communication Commission.

When asked what must have led to the blockage, the Journalist alleged that;

It’s about two or three stories we ran and they went about looking for me. It’s just annoying.

This is not the first time, access to news websites is blocked from viewership in Nigeria. In 2017, Nigerian Communications Commission (NCC) was said to have disrupted access to some websites, including Naij, one of the most visited news platforms in the country. The company eventually had to change its name and obtain a new webpage address.

However, it is not yet clear if the action against Peoples Gazette is being yanked off by the regulators through the telecommunication networks or NCC.

We are still investigating the source of this disruption, we have strong grounds to believe that it was deliberate based on the preliminary conclusion of webmasters.

Nigerian telecom firms have a history of acquiescing to repressive orders from state actors without recourse to the Nigerian Constitution, which is why we would not yield any resources to fight back against this through available civil authorities.

The clampdown on Peoples Gazette’s operations appears to have been borrowed from Protection from Internet Falsehood and Manipulation Bill 2019, better known as Social Media Bill.

The bill, submitted to the Senate by Senator Muhammad Sani Musa (APC-Niger East), has a provision that will empower the government to unilaterally order the shutdown of the internet if passed into law.

In Part 3 (12) of the bill, law enforcement agencies will be given power to shut down access to the internet and social media without recourse to the National Assembly or a court.

Ogundipe further expressed that the restriction will stifle the newspaper of its readership and will “leave our newspaper hemorrhaging crucial revenues from web traffic” if it lingers.