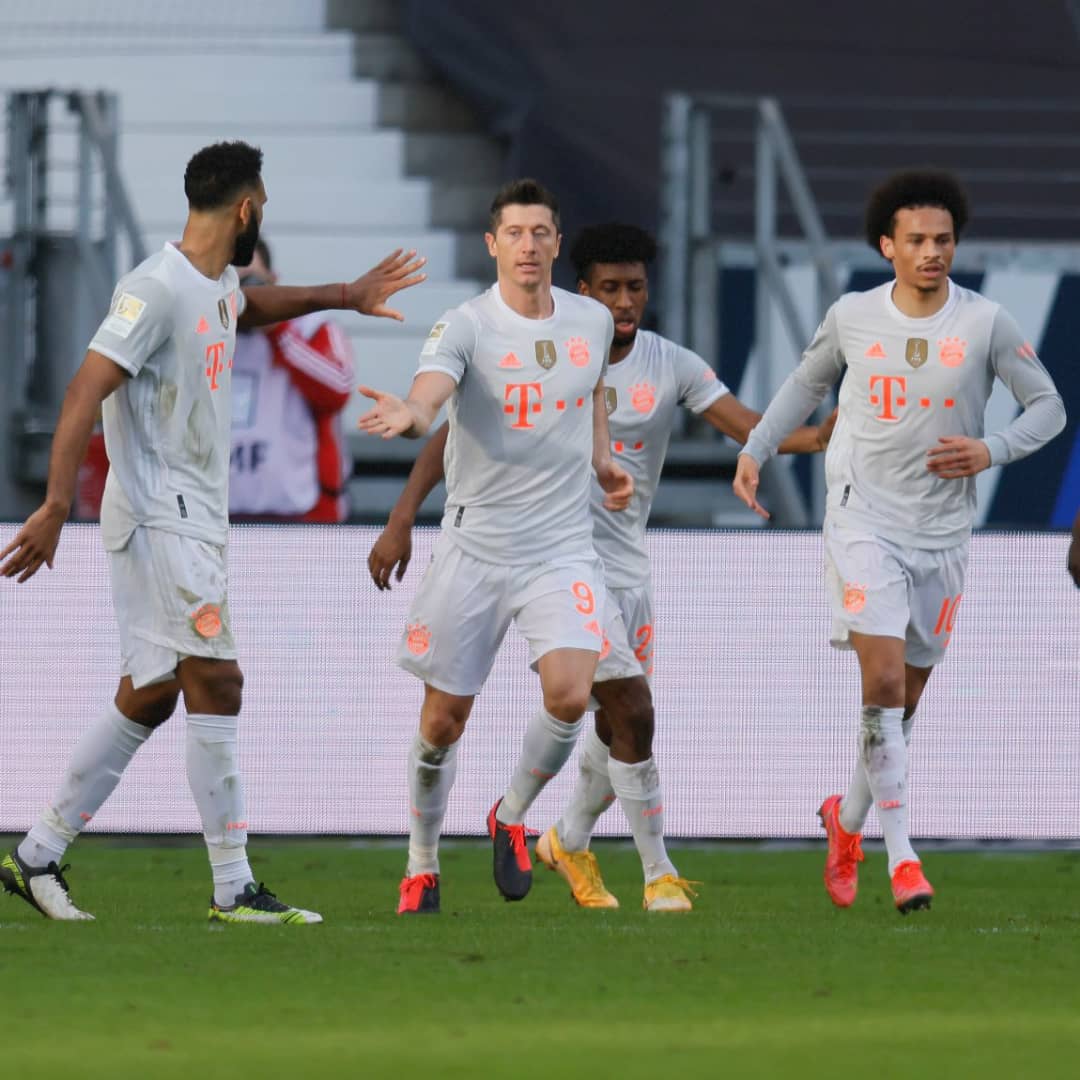 Bundesliga Champions, Bayern Munich has crashed to a 2-1 defeat against Eintracht Frankfurt on Saturday afternoon.

Eintracht Frankfurt claimed all three points at home against the European Champions, taking their winning run to five in a row with a 2-1 victory. Frankfurt’s Amin Younes was at the centre of all the Eagles (Eintracht Frankfurt) created.

The Eagles took a well deserved lead in the 12th minute through Daichi Kamada. The Japanese forward finished off a fine Frankfurt move with a cool right footed finish inside the box thanks to a Filip Kostic cross.

The host’s lead was doubled in the 31st minute by Younes, he fired home a powerful effort having cut inside the box with some neat foot work. Bayern’s goalkeeper Mauel Neur could do little to stop Younes powerful shot.

The Bavarians (Bayern munich) came out strong in the second half in a bid to find a winner. Their efforts paid off in the 53rd minute, their star man, Robert Lewandowski pulled one back for the league leaders.

The Polish striker was found in space by Leroy Sane who made a dazzling run into the box and did well to find the striker, it was an easy tap-in for their highest goal scorer.

The World club cup winners put all their best efforts in getting an equaliser, but Frankfurt’s solid defence made it impossible.

Their lead at the summit of the table could be dented with RB Leipzig due to play tomorrow. A win for RB Leipzig will take them within two points of the League leaders.