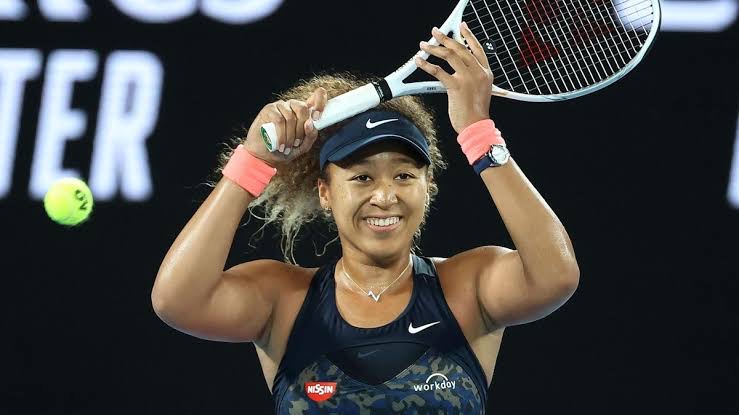 Osaka, 23, became the first woman to win her first four Grand Slam finals since Monica Seles did it in 1990 and 1991 while on her way to nine total championships.

She beat No. 22 seed Jennifer Brady 6-4, 6-3 in just over an hour on Rod Laver Arena in Melbourne, Australia on Saturday.

The 23-year-old’s performance was every bit as dominant as we have come to expect from the Japanese superstar.

The first set was close before Osaka burst away to a 4-0 lead in the second set with Brady left with too much to do in too little time.

Osaka wasted no time taking control in the second set, breaking Brady twice to jump out to a 4-0 lead. Brady was able to break Osaka to cut the lead to 4-1, then held to make it 4-2.

Both players held to make it 5-3 before Osaka closed the match the way she opened it — winning a service game.

Osaka defeated the 39-year-old 23-time Grand Slam champion in the semifinals with 6-3 6-4 win, leaving Williams devastated as she walked out of her post-match press conference in tears.

Read Also: ‘I’m Done’: Serena Williams Says As She Walks Out Of Press Conference In Tears After Semi-Final Defeat To Naomi Osaka

She has also become the 12th woman in the Open Era to win multiple Australian Open titles.

With the win, Osaka has once again declared herself as the future of women’s tennis. She’s now won four Grand Slam titles at just 23.

Osaka still has a way to go to catch Margaret Court’s record or Williams, but she has established herself as a perennial threat to win any event.

Since January 2019, Osaka and Ashleigh Barty have alternated as the No. 1-ranked women’s singles players in the sport.

Barty held that rank coming into Australian Open, but suffered a loss in the quarterfinals to Karolina Muchova.

With her win at the 2021 Australian Open on Saturday, Osaka could be set to reclaim the No. 1 ranking for the third time in her career.

Kagara Abduction: Gov Bello Explains Why Most Niger Schools Are In Deplorable State

‘I’m Done’: Serena Williams Says As She Walks Out Of Press…