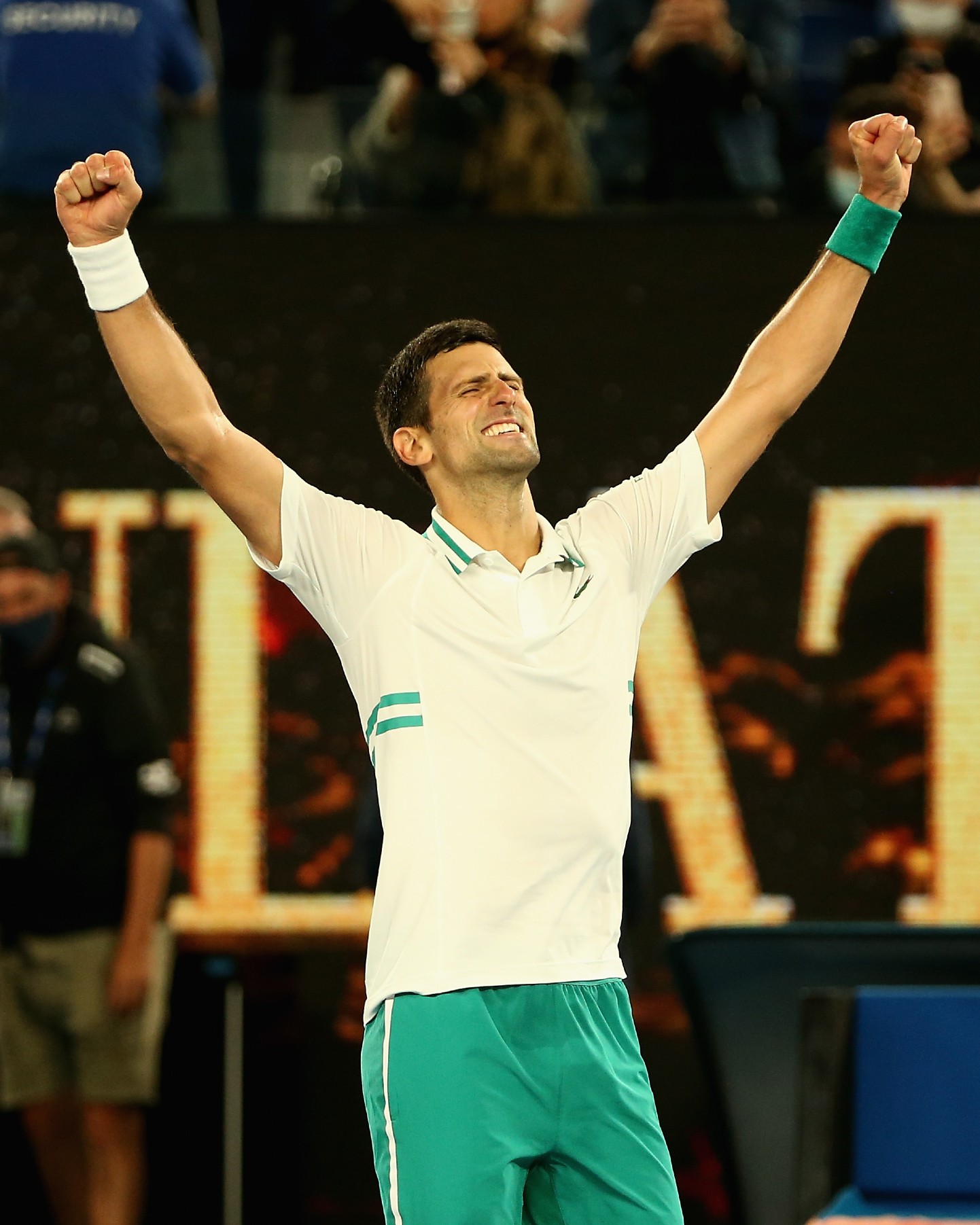 The 33-year-old Serb has never been defeated at a final at Melbourne Park and beating Medvedev is a third triumph in a row.

However, the 25-year-old Russian fourth seed Medvedev has lost both of his Grand Slam finals.

After losing to Nadal in the 2019 US Open final, the Russian was tipped to push Djokovic close and win his maiden major.

Medvedev reached the tournament’s final on the back of a 20-match winning streak, but floundered under the intense pressure applied by Djokovic. 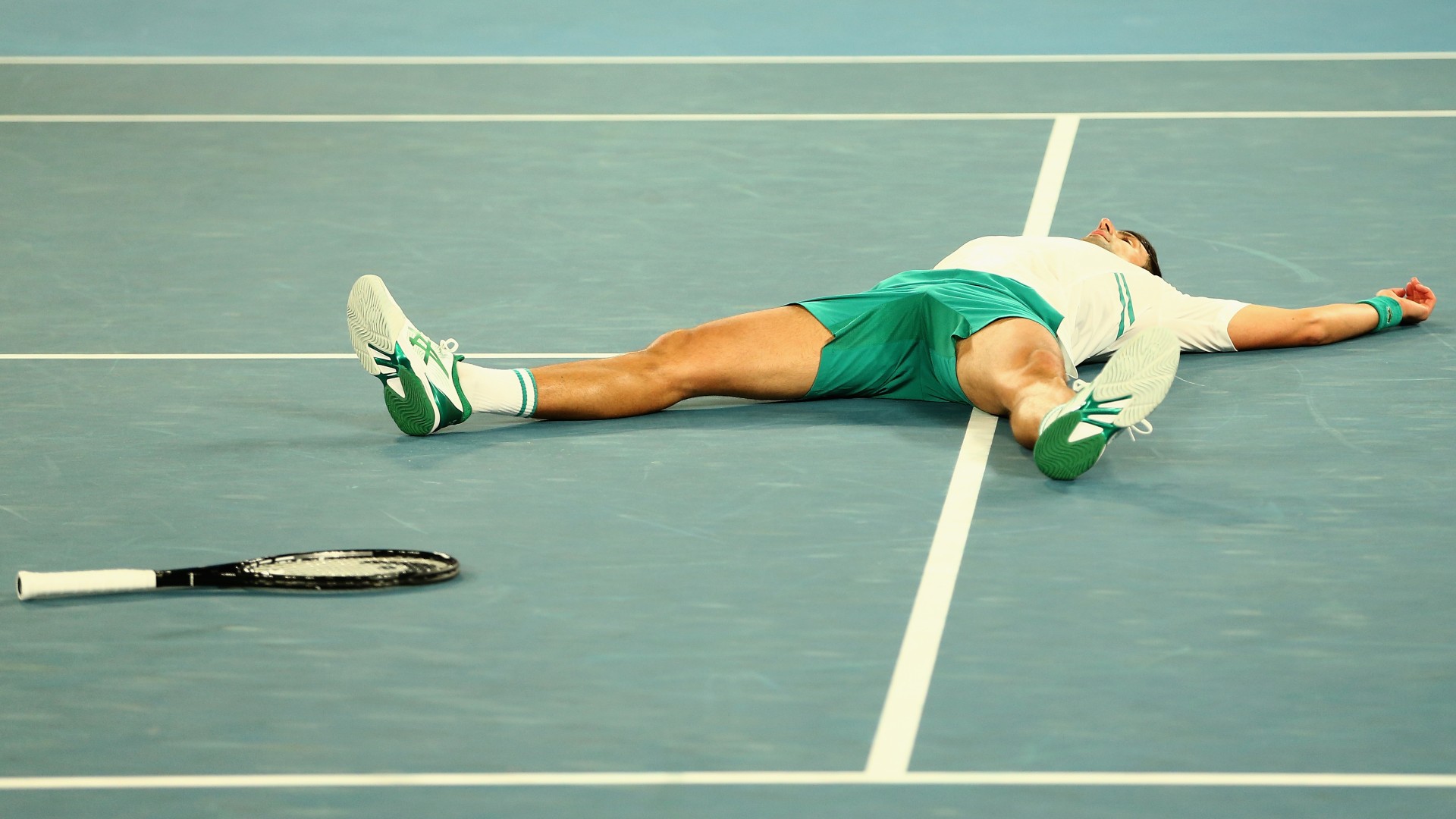 Throwing racquets, poor body language and shouting angrily at his team were an illustration of how the Russian imploded in the third set, contrasting starkly with Djokovic’s confident and steely exterior.

Djokovic clinched the title after one hour and 53 minutes with a backhand overhead volley, falling to the blue court on his back before lapping up the acclaim of the crowd on Rod Laver Arena. 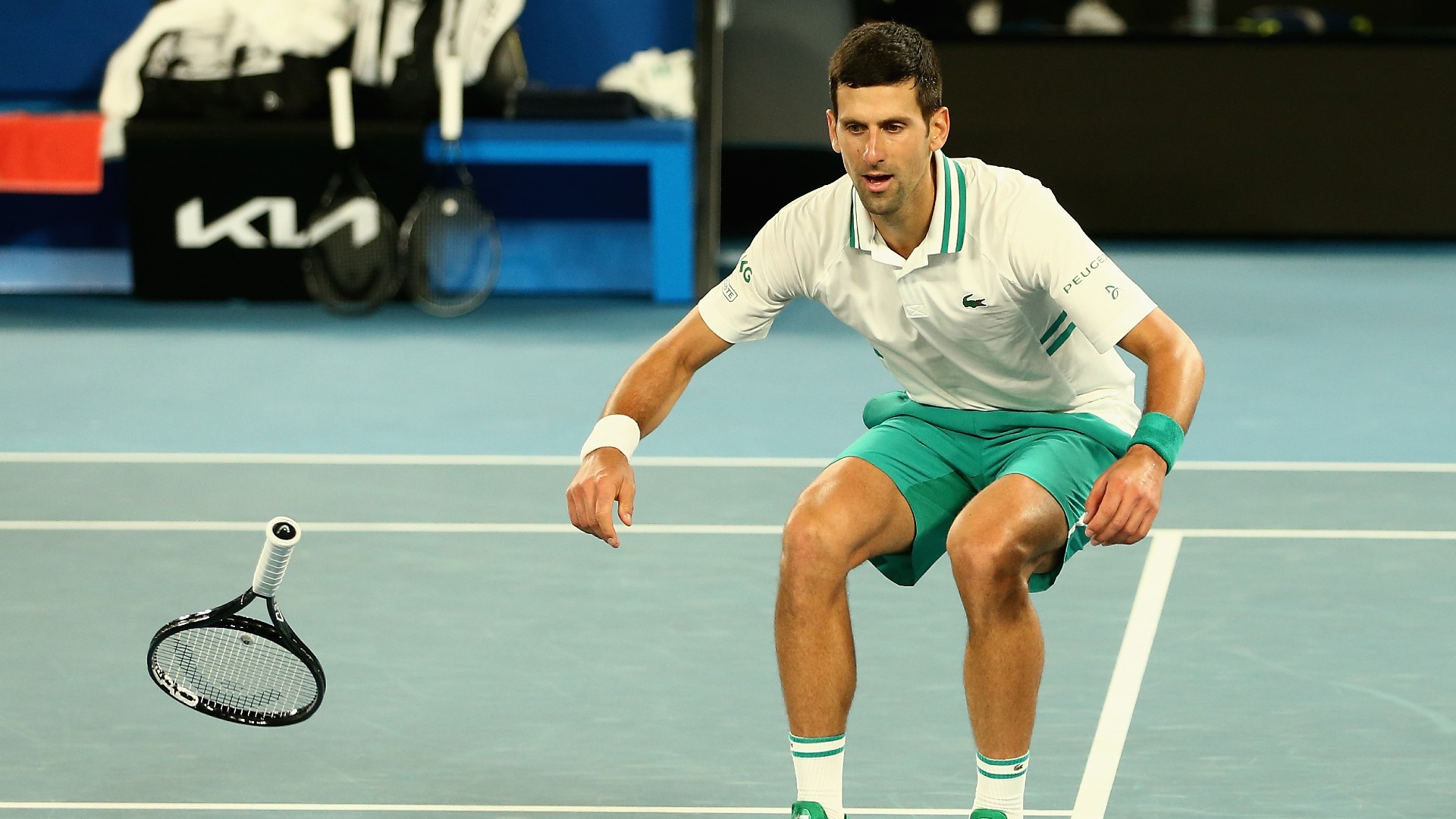 Djokovic roared loudly and tapped his heart, before exchanging hugs with coach Goran Ivanisevic and the rest of his support team.

After thinking an abdominal injury earlier in the tournament might scupper his chances, the pride and relief of Team Djokovic was clear in their celebrations.

Read Also: Novak Djokovic Fears He May Withdraw From Australian Open As He Suffers Stomach Injury During Third-Round Victory

Speaking to the media after his win, World number one Djokovic said the younger generation “still have a lot of work to do“.