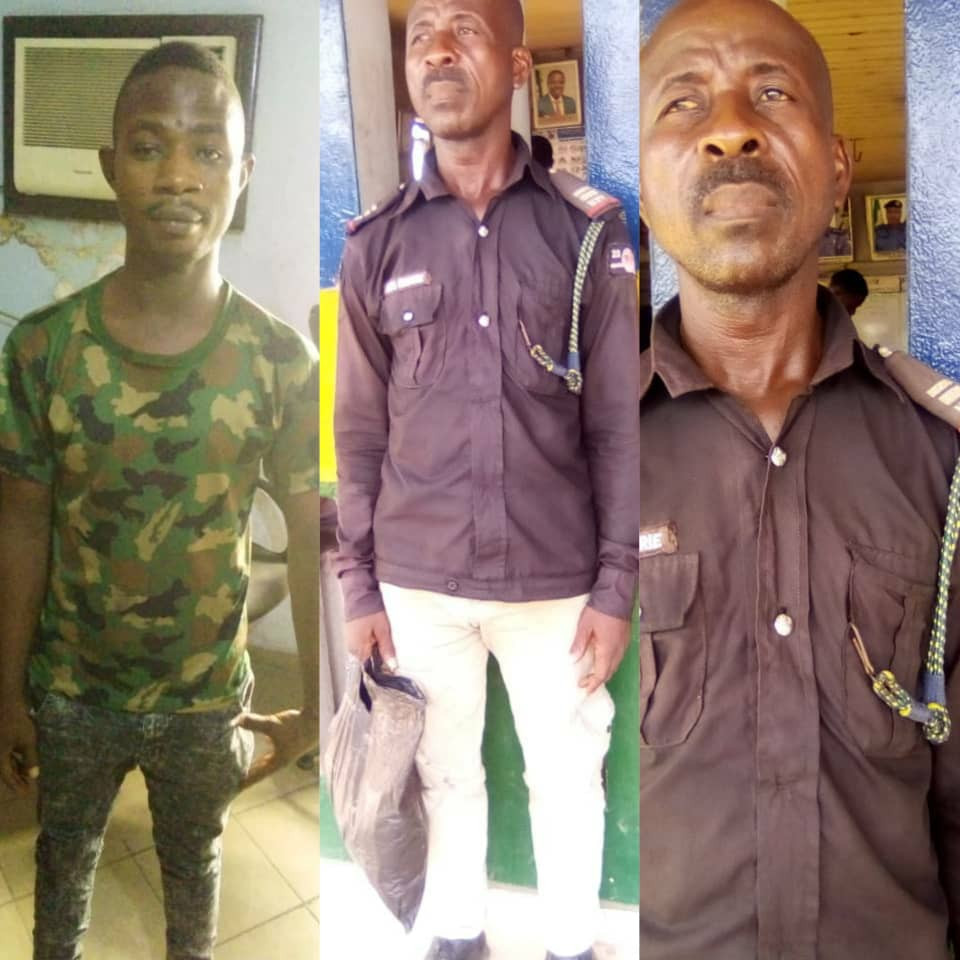 Spokesperson of the state police command, Ademuyiwa Adejobi, stated that the fake Inspector, Anya Okorie, was arrested in a complete police uniform with the rank of Inspector of Police at Ketu while parading himself in a suspicious manner.

Adejobi added that Usman was arrested within the premises of Surulere Division when he and his accomplice, now at large, chased and attacked one Onyema, with a jackknife in the Division, putting on camouflage vests.

The police spokesperson said the two suspects have since confessed to being a fake police officer and Army personnel respectively. Usman further confessed to be an Okada operator.

The statement added that the state Commissioner of Police, CP Hakeem Odumosu, condemned the act of impersonation by some individuals who parade themselves as security operatives in the state and ordered Divisional Police Officers and detectives to be on the lookout for the impersonators.

The police boss directed the Divisional Police Officers, intelligence detectives and Heads of Department in the command to go after any impersonators and cause them to face the full wrath of the law as many Lagosians are being deceived by their conducts and antics.

He also warned the general public to beware of such impersonators who are fond of impersonating the police, military or other security agencies at the detriment of our security system.