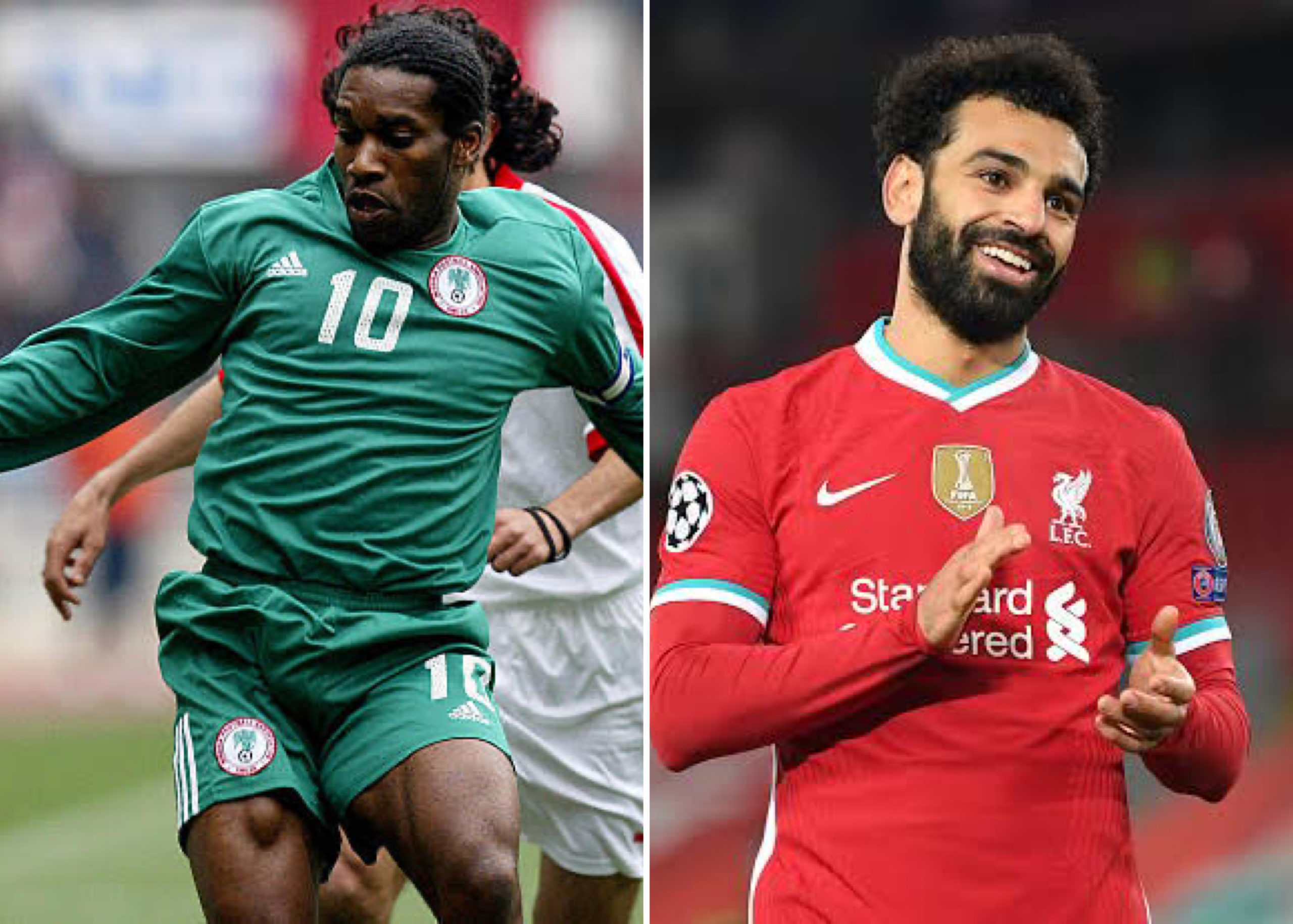 Former Bolton Wanderers and Paris Saint-Germain midfielder believes it is time the Egyptian player left the Anfield outfit and moved to Spain to continue his professional career.

The 28-year-old joined Liverpool in 2017 from AS Roma and has been delivering consistent performances for the Reds (Liverpool) ever since.

The Forward’s immense contribution helped Liverpool win the Champions League for the first since 2006 and the Premier League which eluded them for 30 years.

Although his efforts have not been able to save his side from defeat in recent times. Liverpool are currently enduring a difficult time after losing four consecutive Premier League games- Brighton & Hove Albion, Manchester City, Leicester City and Everton.

Okocha believes it is time the Egypt international left the Premier League side to pitch his tent with the Spanish giants.

He made his position known while speaking in a recent interview with OnTimesports, stressing;

If there is a chance to join Barcelona, I advise Salah to go there. His energy has run out with Liverpool.

The situation is now regressing in Liverpool, and Salah must leave the Premier League. If there is any chance to join Barcelona, I advise him to go there.

Following his eye-catching performances in recent years, Mo Salah has been linked to top clubs in Europe despite still having two years left on his current contract.

He will be hoping to save his side when they face Sheffield United over the weekend in the Premier League. The Reds’ poor run of form has seen them drop to sixth, gathering 40 points from 25 matches.

Lagos Driver Who Knocked Policeman Off A Bridge To Be Charged, Vehicle Impounded (video)