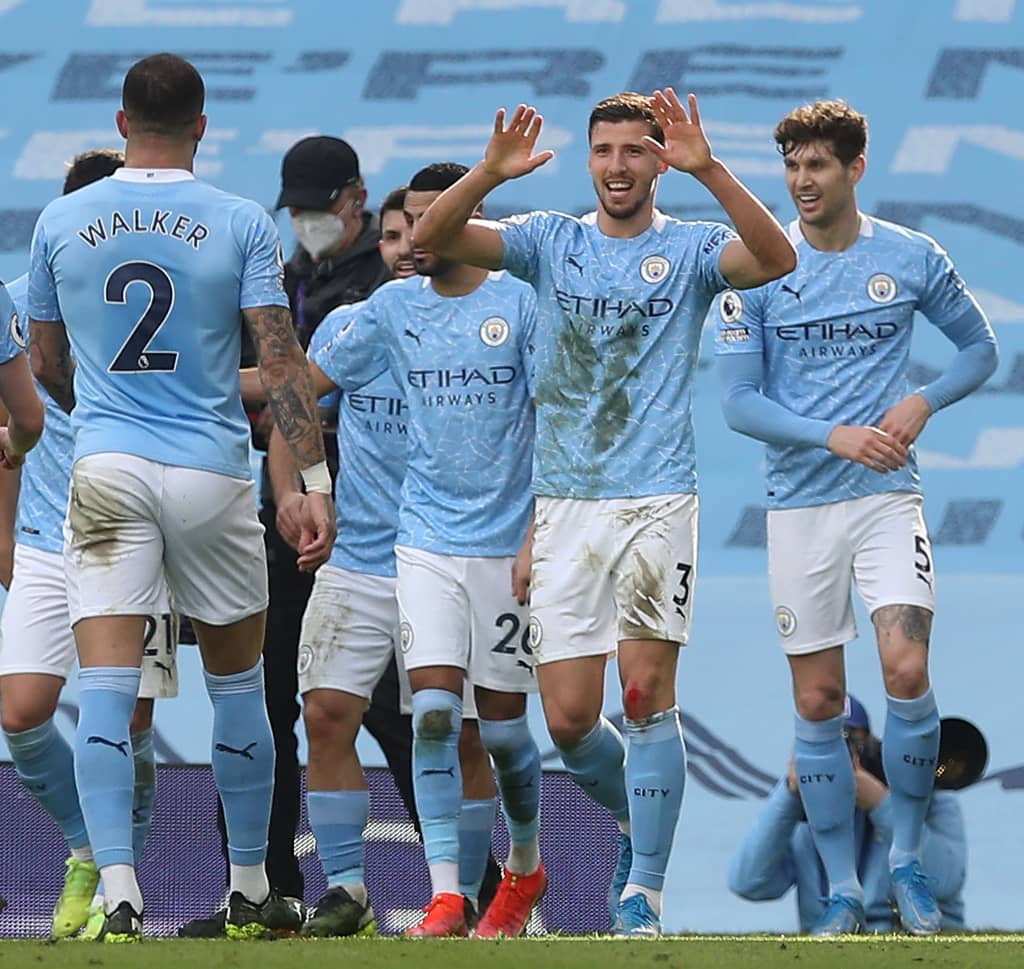 John Stones has assisted Manchester City in hitting their 20th successive win streak by scoring winner and giving them a 2-1 victory in a very difficult challenge against in-form West Ham side at Etihad stadium on Saturday.

Manchester City moved 13 points clear at the top of the Premier League as John Stones’ second-half strike was enough to seal victory over a resilient West Ham United.

Fourth-placed West Ham gave City a decent game at Etihad Stadium and fought back to level through Michail Antonio before the break, after Ruben Dias had put the hosts in front. It was the Belgian’s 11th assist of the season.

City’s unbeaten record now stretches to 27 games and they will equal their longest run without defeat if they do not lose against Wolves on Tuesday.

Manchester United loanee to West Ham, Jesse Lingard had a powerful shot blocked by Stones and it was his misdirected effort that was turned home by the Hammers’ (West Ham) Antonio to become an equalising goal. It was the first time an opposition player had scored at the Etihad since Mohamed Salah’s penalty for Liverpool on 8 November.

Playing on, Stones fired home his fourth goal of the season from Riyad Mahrez‘s neat lay-off to keep Pep Guardiola’s side in control of the title race.

Speaking about the game, Guardiola said;

Being fourth in the table means a lot. They have quality with Lingard and Fornals after 50 minutes we knew we were not going to paint something beautiful. It was all about getting the three points after the Champions League game with just two days, it’s normal these kind of things happen.

I thought we did a good job against a really good side, just disappointed that we get a chance with the last kick of the game, to get an equaliser, and we don’t. But even so I have to say well done to the players for the performance, we worked really hard and were unfortunate not to come away with something. I’m pleased to see John Stones is back in form and doing so well, though I wish he hadn’t scored today!