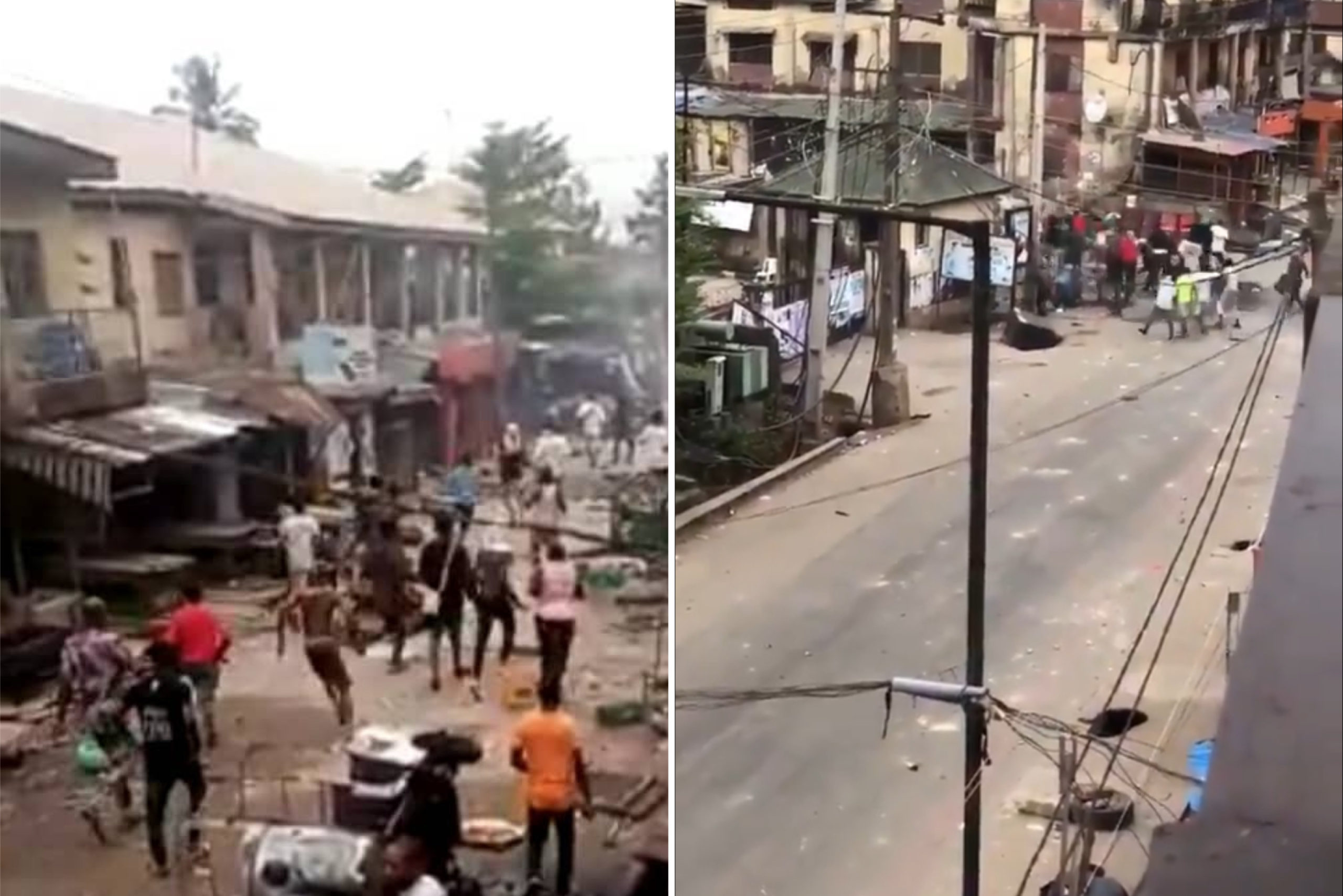 There has been clash between cult members around Ikosi Road, Ketu in Lagos in the early hours of Wednesday, March 17.

The clash reportedly began yesterday night, March 16 and led to loss of lives and properties. However, the major cause of the clash was yet unknown.

According to videos shared on social media, some security agencies were seen at the scene to restore law and order after they were alerted to the scene.

Ademuyiwa Adejobi, the spokesman of the police state command in a statement confirmed the incident and said the unidentified cultists will be arrested and prosecuted.

The incident comes barley a day after Lagos state Governor, Babajide Sanwo-Olu signed bill for the Prohibition of Unlawful Societies and Cultism of 2021 into law.

The new law stipulates a 21-year jail term for anyone found guilty of engaging in cultism-related activities.

It also states that a 15-year jail term for anyone found guilty of abetting cultists or who allows his/her premises to be used by cultists as a meeting place.

Watch video clips from the scene of the incident below.

Less than 72hrs from passing the Anti Cult bill with a 10yr jail term. A deadly rivalry cult clash that has claimed lives has been on going in Ikosi Ketu since last night with NO SHOW OF FORCE by the Nigerian Police. The killings & burnings is happening under their close watch. pic.twitter.com/0RtrtTfvxm

What is this country turning into?