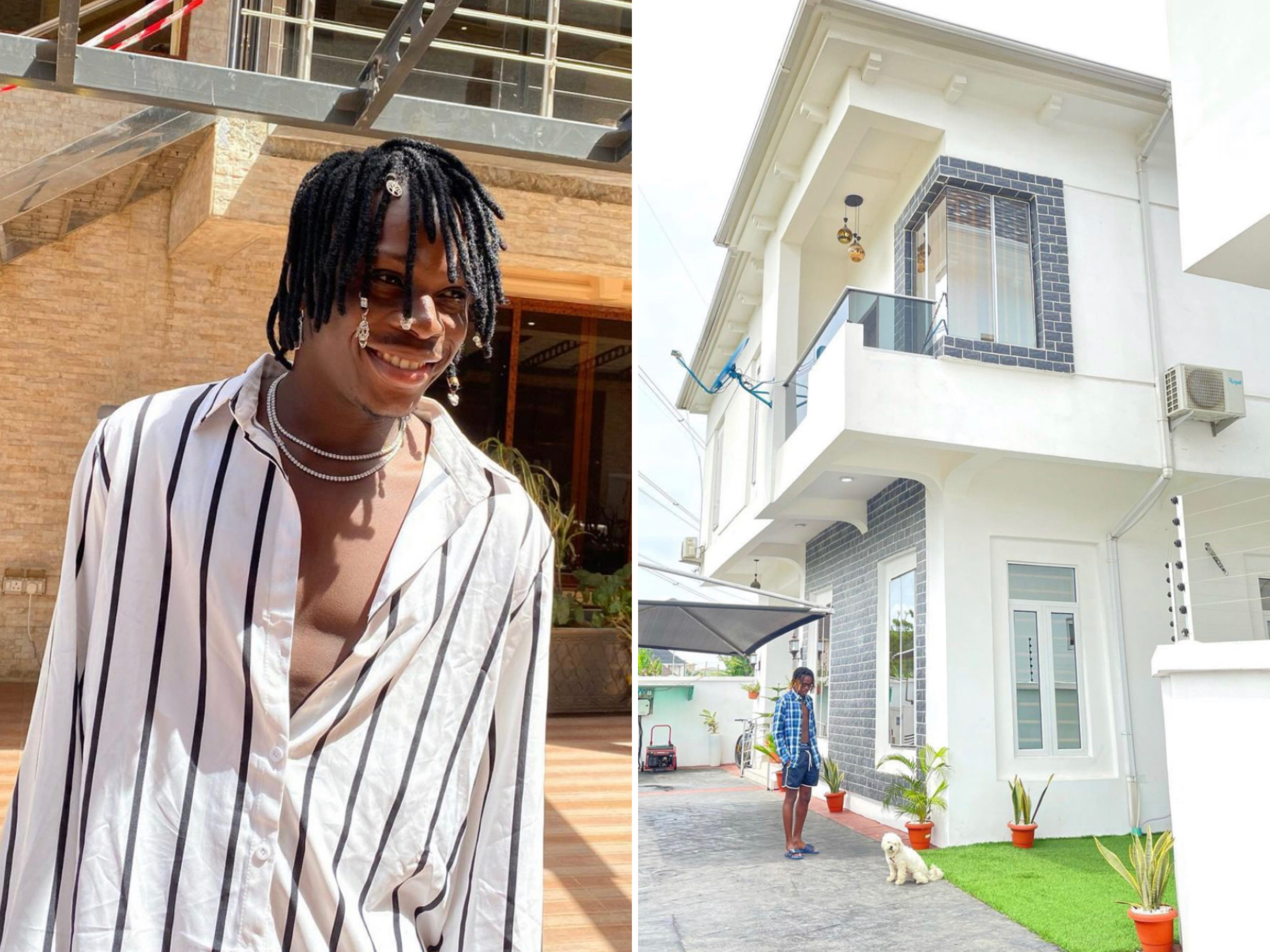 The 25-year-old took to his Instagram page on March 11, 2021 to share a beautiful photo of his new house, with the caption; “Beyond blessed”.

Congratulatory messages from his colleagues and fans have continued to pour in since he shared a photo of his new house on Instagram.

The likes of his record label boss, Olamide, Don Jazzy, Phyno, Adekunle Gold, Cheque and a lot more have congratulated Fireboy DML on his new house.

He is signed to YBNL Nation, a record label founded by rapper Olamide. His debut studio album Laughter, Tears and Goosebumps was released in 2019.

It would be recalled that at the recent Headies 14th award show, Fireboy bagged five Awards where he won awards for Best Pop Album (Laughter, Tears and Goosebumps album) Best RnB Single (Tattoo), Best RnB album (Apollo), Hip hop revelation of the year, and Album of the Year (Apollo), thereby making him Headies biggest winner of the year.

See some of the pleasant messages below; 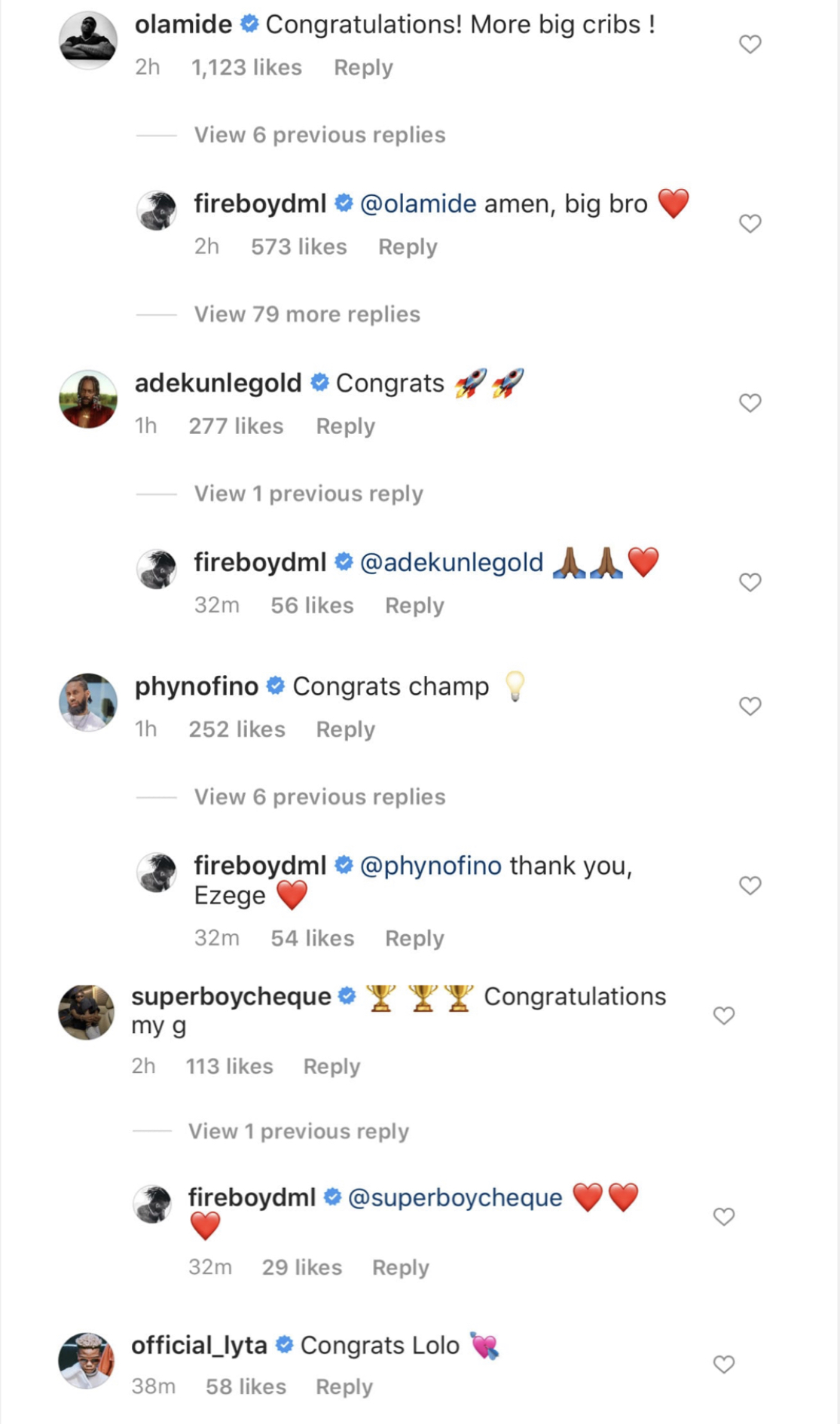 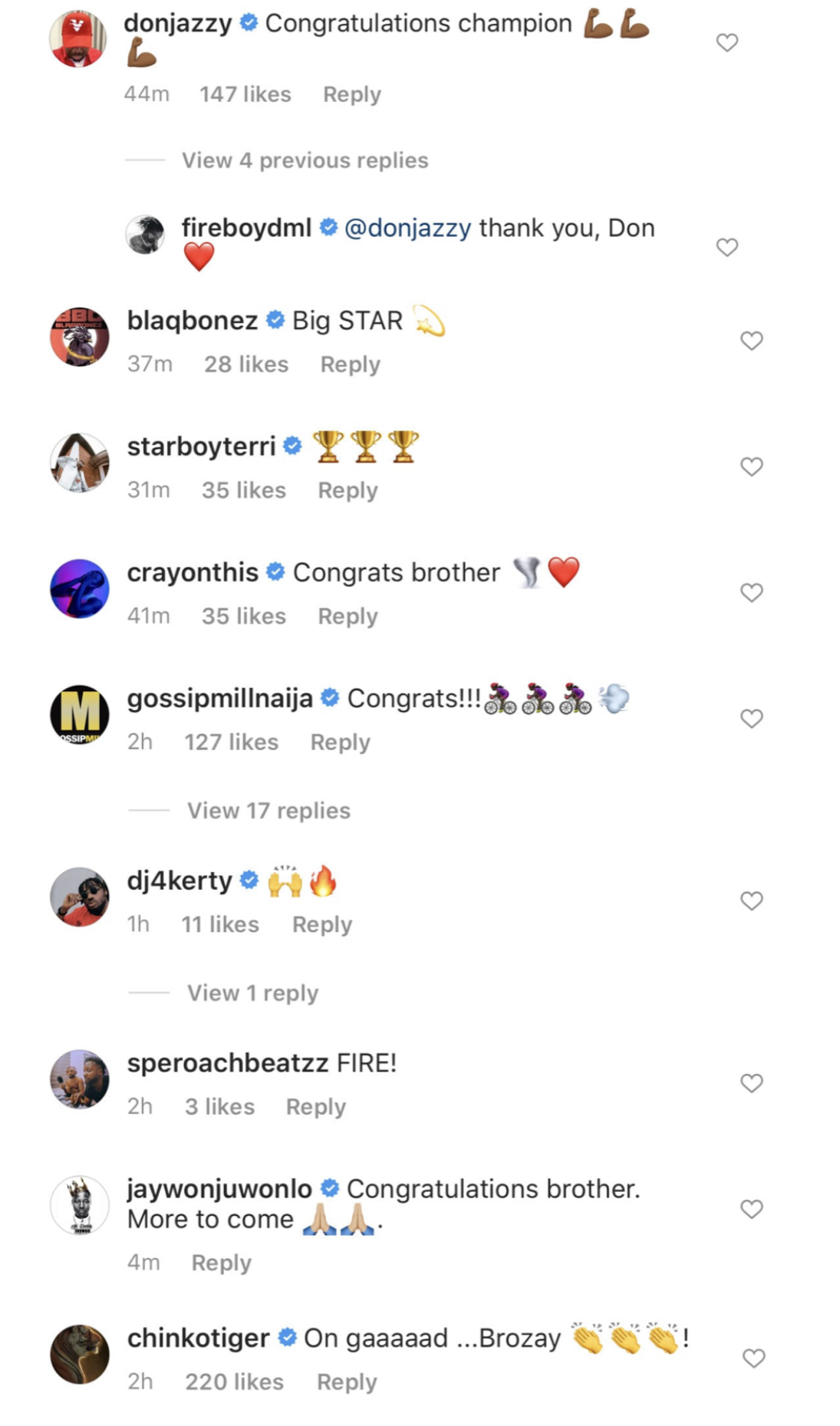 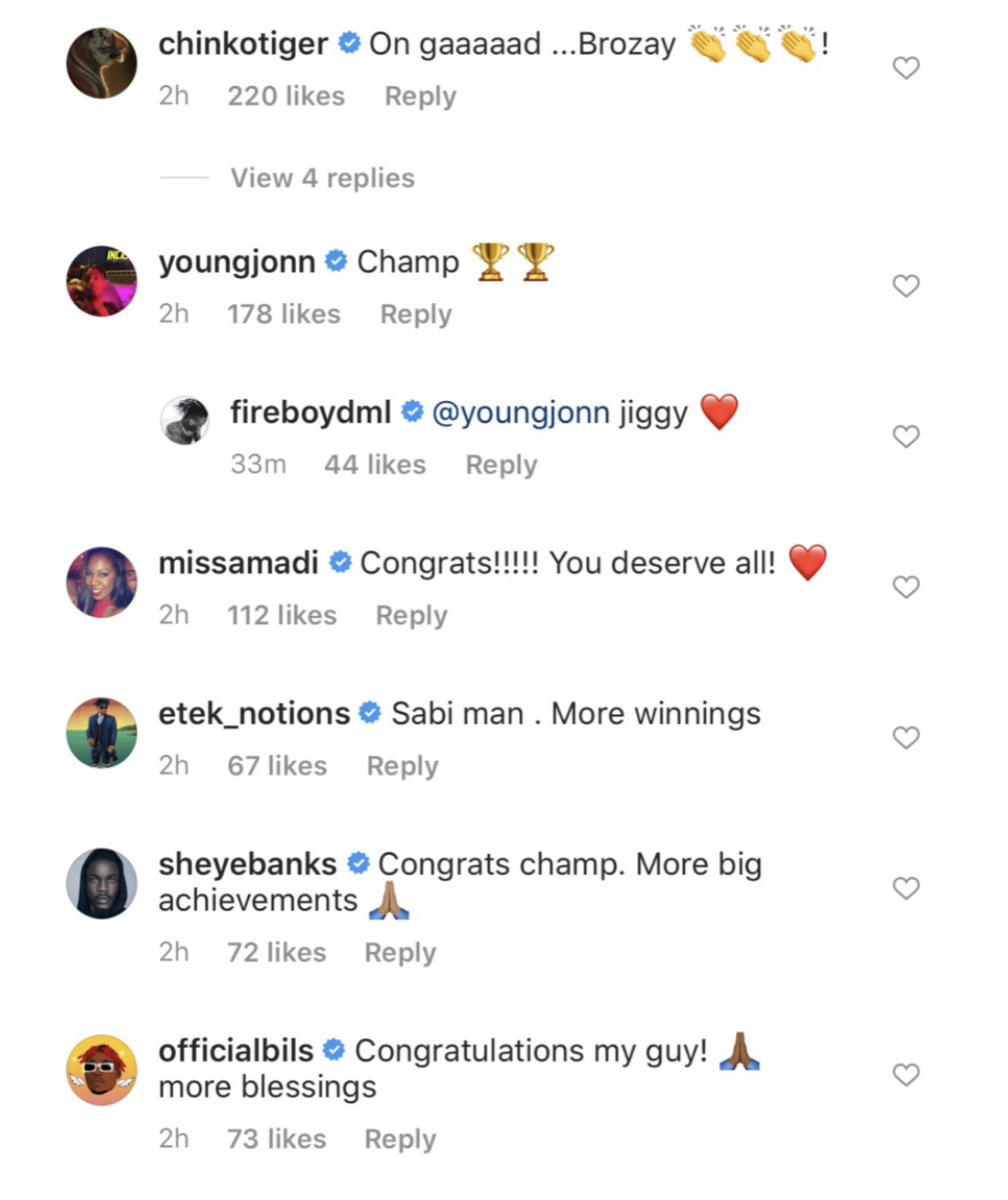