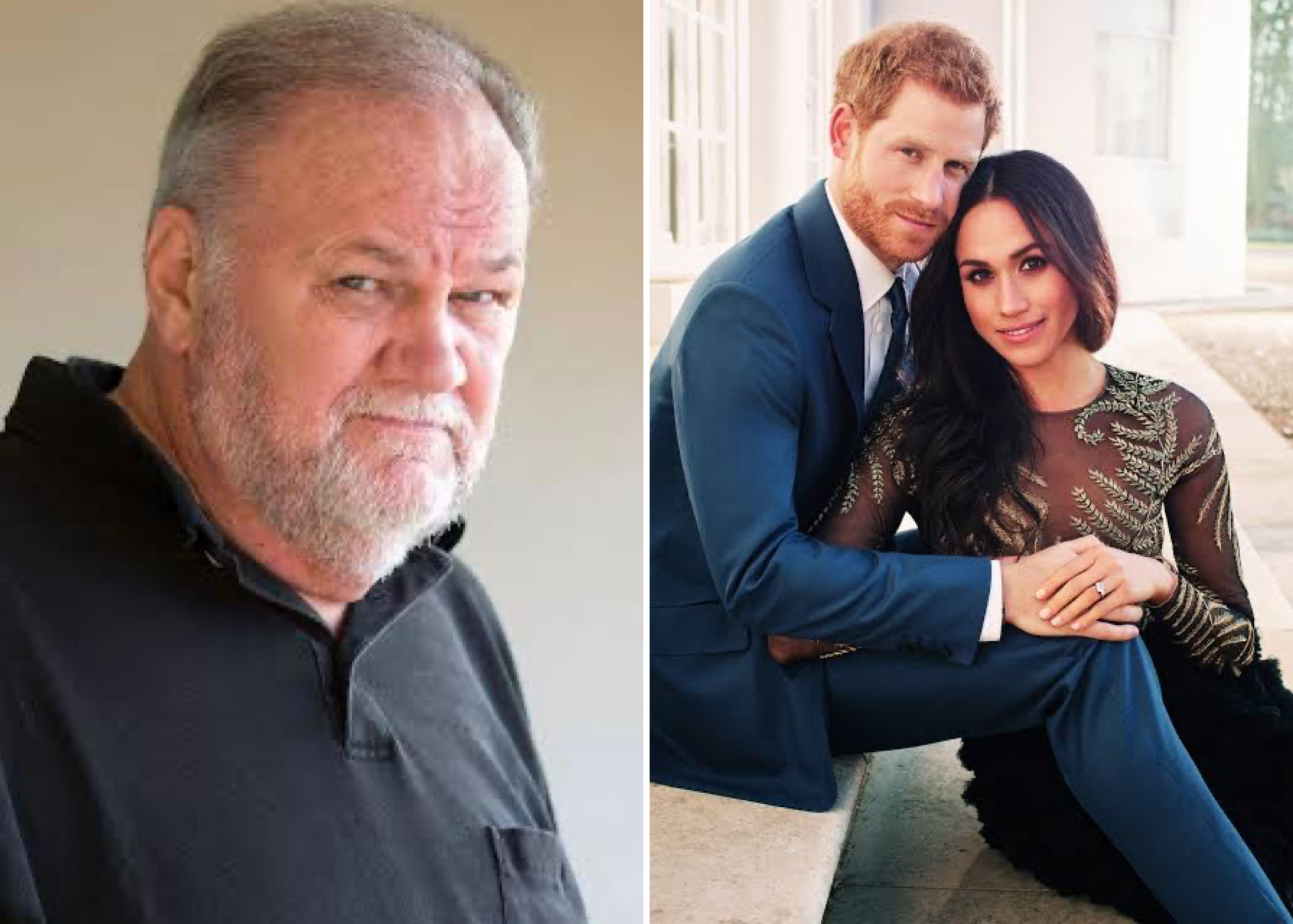 Thomas Markle has accused his daughter, Meghan and his son-in-law, Prince Harry of going ‘way over the top’ with their bombshell interview with Oprah Winfrey that aired on Sunday.

In an interview with Good Morning Britain, the Duchess of Sussex’s father was asked if timing of the tell-it-all interview was bad considering that Harry’s grandfather, Prince Philip is ill and is hospitalised.

They went way over the top with Oprah. Considering the queen’s age and Philip’s age, they certainly they should’ve waited.

The Oprah interview saw Meghan open up about her estranged relationship with her father, 76, for the first time.

The Duchess said he ‘betrayed her by talking to the tabloid press’ in the run up to the royal wedding.

However, in reaction to this, Thomas said he would only stop speaking to the media when Meghan agrees to speak to him.

Meghan and her father have not spoken since before her wedding in 2018, however questions about their broken relationship were not aired in the main bombshell Oprah Winfrey interview.

Read Also: Prince Harry And Meghan Will Not Return As Working Members Of Royal Family

In clips released later, Meghan said she found it difficult to discuss the fact her father had been working with UK tabloids behind her back.

She told Oprah she felt ‘betrayed’ after her father told her he was ‘absolutely not’ the source even as Meghan worked to keep her family and their affairs out of the media.

I genuinely can’t imagine doing anything to intentionally cause pain to my child.’

I’m very disappointed about it. I’ve apologised about this thing, what happened, at least 100 times or so.

The bottom line is I’ve never heard back from Meghan or Harry in any way shape or form. When they say that I’m taking advantage of the press well basically what I do, because I haven’t heard from them is I’ll do a story for the press.

Well basically what I do, because I haven’t heard from them, I’ll do a story in the press.

Speaking further, Thomas expressed that the couple now live around 70 miles away from him in their Los Angeles home and that he wants to reconcile and meet his grandson.

In a direct message to Meghan he said;

I’d like to say sorry for what I’ve done but this was two years ago. I’ve tried to make up for it.

But these stories in the paper are because I haven’t heard from you. I’m available any time you’d like to get together. I’d like to see my grandson.

The Oprah interview saw Harry and Meghan make explosive revelations about their time as working royals.

Meghan revealed she had suicidal thoughts and claimed she did not receive any help from Buckingham Palace to deal with her mental health struggles.

She also alleged an unnamed member of the royal family raised ‘concerns and conversations’ about how dark her son Archie’s skin might be when he’s born.

Echoing his daughter’s claims about a lack of protection from the Palace amid media attacks on the family, Thomas said he was also ‘left out to dry’.

No one took any time to protect any member of our family. We were attacked by the press every day. No one was there to care for us.

Thomas however denied that the royals and the UK are racist, stating;

When pressed about the comments on Archie’s skin tone he said;

I’m guessing and hoping it was just a dumb question from somebody. It could just be that simple that somebody asked a stupid question rather than being a total racist.

Taliban To Let 200 Americans, Foreigners In Afghanistan Fly Out Of Kabul Airport

Piers Morgan Asks For Good Morning Britain Job Back After…