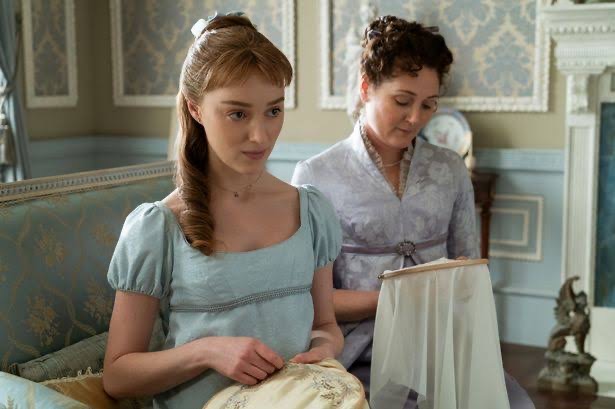 Netflix has confirmed that popular romance series, Bridgerton will be retuning for a third and fourth season, just as production is getting underway on the second.

It would be recalled that the acclaimed period drama was renewed for a second chapter in January after smashing viewing figures, but there’s even more on the horizon.

The streaming giant announced the Shonda Rhimes show is set to continue beyond series two on Twitter.

‘BREAKING NEWS FROM THE TON,’ they posted. ‘Bridgerton is returning for seasons three *AND* four!’

Dearest readers, this author brings a most exciting announcement… pic.twitter.com/sV0QiYcn8z

🚨 BREAKING NEWS FROM THE TON 🚨

Bridgerton is returning for seasons three *AND* four!

Speaking about the renewal, Rhimes said;

From the first time I read Julia Quinn’s delicious Bridgerton series, I knew these were stories that would captivate a viewing audience.

But the evolution of this adaptation would not be a success without the many significant contributions of the entire Shondaland team.

This two-season pickup is a strong vote of confidence in our work and I feel incredibly grateful to have partners as collaborative and creative as Netflix.

A date has yet to be announced for season two, but if producers follow the same pattern, fans may have another binge-worthy boxset to delve into during the festive period.

Season two we’re really going to be with the eldest Bridgerton brother. We left him at the end of the first season in a bit of a crossroads so I’m looking forward to jumping in and discovering how he fares on the marriage market.

The announcement that “Bridgerton” has been renewed for Seasons 3 and 4 comes after the reveal earlier this month that Regé-Jean Page, who starred on Season 1 of the show as Simon Basset, the Duke of Hastings, will not appear on Season 2.

Though fans of the show were pretty riled up about the breakout star not returning for the second season, viewers who read the “Bridgerton” books better understood the reason why Page won’t be featured on the second season, which will shift focus from the love story of Daphne Bridgerton (Phoebe Dynevor) and her now-husband Simon to Daphne’s eldest brother, Anthony Bridgerton (Jonathan Bailey).

However, according to TheWrap, the door is open for Page — who was only under contract for the first season — to appear on future seasons.

#EndSARS: Activist Accuses Omoyele Sowore Of Pocketing Grant Applied For On Her Behalf