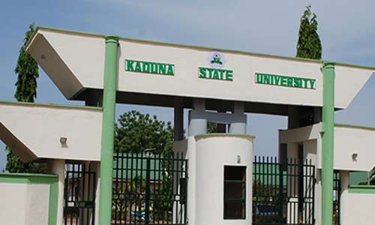 The increment comes at a time when many are still recovering from the economic effects of COVID-19.

With the review, medical students, who are non-indigenes are now expected to pay N500,000 while indigenes will pay N300,000.

Non-indigenes admitted for nursing and pharmacy are expected to pay N300,000 while indigenes of the state are charged N200,000.

It was also gathered that non-indigene students offered other science courses are expected to pay N220,000, while indigenes would pay N170,000.

Non-indigene students offered admission into arts, education and social sciences are expected to pay N200,000 while indigenes will pay N150,000.

The students through Kaduna State Students’ Union rejected the hike in Kaduna during a meeting with students’ representatives, organised by Dean of Student Affairs, Dr Terhimba Wuam.

Rejecting the drastic increment, the union said majority of the students come from poor backgrounds and will not be able to cope with the high fees.

They expressed fears about the effect of the increment, with the possibility of many students dropping out despite having scholarships.

Abdulrazak Shuaibu, a medical student and former President of Kaduna State Students’ Union, spoke on behalf of the students and confirmed the exact figures to which the increment had been made, NAN reports.

Shuaibu described the increase as outrageous considering the current economic hardship being faced by parents and the negative impact of COVID-19.

He said that students have rejected the increase and are calling on the state government to revert to former fees.

Shuaibu noted that although some of the students were enjoying the state government scholarship, the beneficiaries were less than 5,000.

This also means that the government is giving us scholarship and collecting even more from us as tuition fee. We, therefore, reject the scholarship.

While the students have rejected the increment, the university management has given the excuse of creating a “more conducive atmosphere of learning for staff and students” as part of the reasons for fee increment.

However, the university’s Public Relation Officer (PRO), Adamu Nuhu Bargo, in a statement explained that the public should disregard the news regarding the review of tuition fees.

He stated that though tuition fees would be reviewed upward with specific fees on each course but was yet to be announced.

Many Nigerians have also taken to social media to reject what they call outrageous fee hike, calling on Governor Nasir El Rufai to revert to old fess.

El Rufai is an outright failure in governance. The Insecurity in Kaduna has peaked in the few days, no statement from him, and his wife is busy correcting people’s grammar on TL. That aside, he increased Kaduna State University Tuition Fees from 26k to 500k. Totally unacceptable!

500k? Make the parents convert two sessions money buy Toyota Camry for Uber, in three years the child will learn from the street more than he would in kaduna state university

He did this at a time “Western Education” is under serious attack in Kaduna. We are still mourning the deaths of 3 Greenfield University students. Now more students will drop out

And Kaduna state University is not even one of the best State Universities in Nigeria pic.twitter.com/n0u78ASF6u

So El Rufai increased tuition fees in Kaduna State University by over times over night. That’s not the main gist. The new school fees is N 300 000 for indigenes and N 5 00 000 for non-indigenes. It’s so disappointing that States in Nigeria practice ethnicity openly without shame

Kaduna state university increased Non-indigene tuition from 26000 naira to 500000 naira.
Students in some private universities pay that exact sum.
This government is too useless to be receiving our taxes!!!

So you mean Kaduna State University are asking Non-Indigenes to pay N500,000 because they can be kidnapped at some point, upon confirmation that a Non-Indigene have been kidnapped, your tuition fee will serve as your ransom. Lol

Kaduna State University tuition fee for non indigenes now 500k? Wait o, are they indirectly paying for their ransom in the case of kidnap?

When your younger bro wants to choose kaduna state university as his first choice and you are from ondo state pic.twitter.com/Mrs5GtXPpk

So “Kaduna State University Hiked Its Tuition Fees From N26,000 to N500,000 for non-Indigenes meanwhile the school isnt even among top 10 in nigeria.. instead of me to pay for that as a non-indigine, wont I just add money and attend covenant university…. el rufai is a legend!!