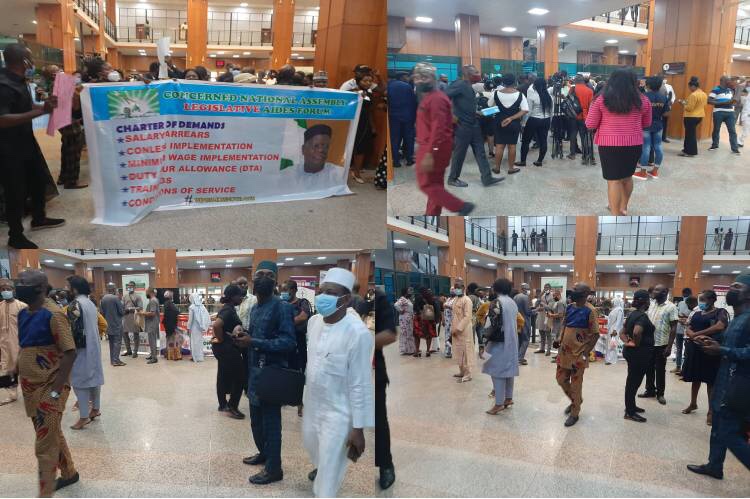 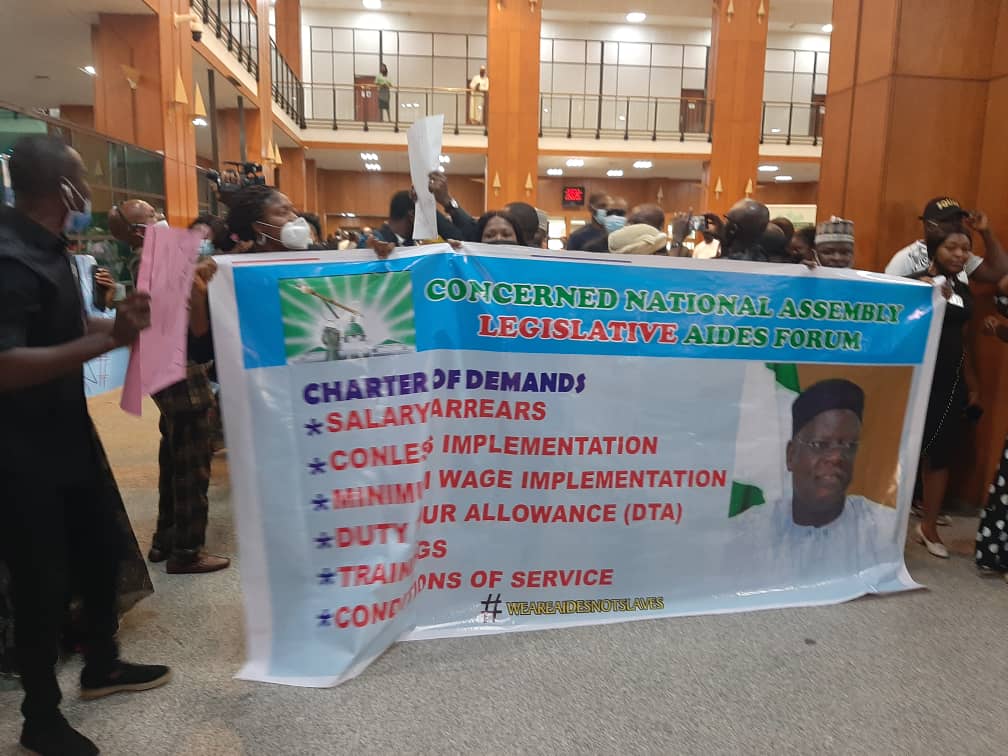 They positioned themselves and blocked the Speaker, Femi Gbajabiamila whom they said had been feigning ignorance of their demands since 2019.

Having done with the Speaker, protesters made moves to get the attention of Senate President, Dr. Ahmad Ibrahim Lawan.

Mr. Zebis Prince, who represents South-South geopolitical zone of the group, told the Speaker that the aides want the CNA to meet their demands. 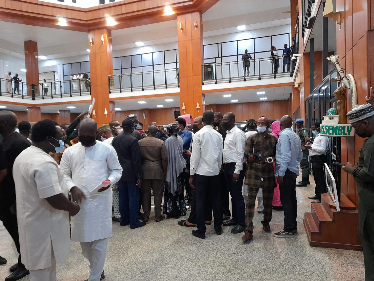 Some of the demands, according to Prince, include non-payment of the routine Duty Tour Allowance (DTA), lack of training, non-implementation of National Minimum Wage and the Consolidated Legislative Aides Salary Structure (CONLESS).

Later on, Chairman of National Assembly Legislative Aides Forum (NASSLAF), Comrade Salisu Zuru, presented the written demands of the group to the Speaker.

Gbajabimila, after receiving the letter of demand, said it is “inexcusable” not to pay workers arrears dating back to 2019.

I believe that every labourer should be paid his wages. We are looking into it. While these things can be protracted, not paying wages of 2019 is inexcusable.

We will look into it. I will just ask that you be patient. We plead for your understanding. We know there are financial constraints but one thing I know is this will be resolved amicably and your arrears will be paid. We appreciate you for bringing these demands to our attention and we will attend to it accordingly.

Watch from videos from the protest below;

BREAKING: Legislative Aides protest inside the complex of Nigeria’s National Assembly over non-payment of salaries and benefits.#NaijaViralz pic.twitter.com/ezaN9nLeTa

Suspected Thieves Who Use Dummy Guns To Operate Arrested In Lagos

NCC Commiserates With Board Chairman Over Daughter’s Passage

Iyabo Ojo, Princess, Others Storm Panti Over Alleged Plan To…