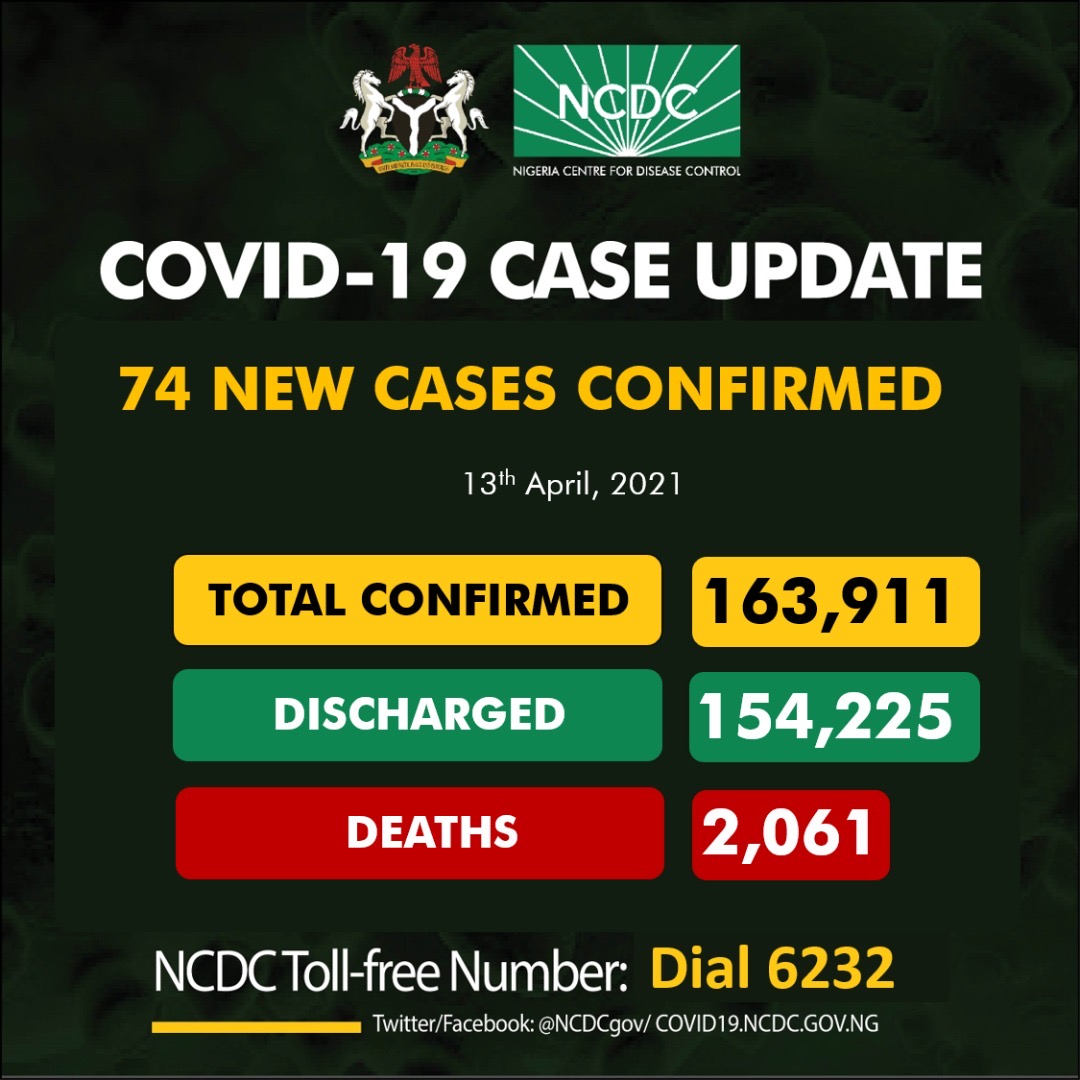 Nigeria has witnessed a drop in the number of COVID-19 cases in recent days with a record of 74 fresh infections, as announced by the country’s Centre for Disease Control on Tuesday.

NCDC confirmed the infections in eight states and in the federal capital territory (FCT).

There were no casualties recorded on Tuesday as the number of deaths remains 2,061.

Also, 138 persons recovered from the infection; this includes “21 community recoveries in Akwa Ibom State managed in line with guidelines”.

A breakdown of cases by state can be found via https://t.co/zQrpNeOfet pic.twitter.com/7QdppaYjzZ

Meanwhile, United States federal health agencies on Tuesday recommended the suspension of the use of Johnson & Johnson COVID-19 vaccine “out of an abundance of caution“.

The development comes after six recipients of the vaccine — all women– developed a “severe type of blood clot”.

Read Also: US To Halt Use Of Johnson & Johnson COVID-19 Vaccine Over Blood Clotting Cases

Food and Drug Administration (FDA) and Centers for Disease Control and Prevention (CDC) said they will stop using the vaccine at federal sites and asked states to do so as well while they investigate safety issues.

The agencies, in a joint statement, expressed that they are “reviewing data involving 6 reported U.S. cases of a rare & severe type of blood clot in individuals after receiving the vaccine. Right now, these adverse events appear to be extremely rare”

On its part, Johnson & Johnson said it has paused vaccinations in all clinical trials while it “update guidance for investigators and participants,” according to a statement from the company.

We have made the decision to proactively delay the rollout of our vaccine in Europe and pause vaccinations in all Janssen COVID-19 vaccine clinical trials while we update guidance for investigators and participants.

The company currently has several ongoing trials including an ongoing Phase 2a trial and a Phase 3b trial in South Africa.