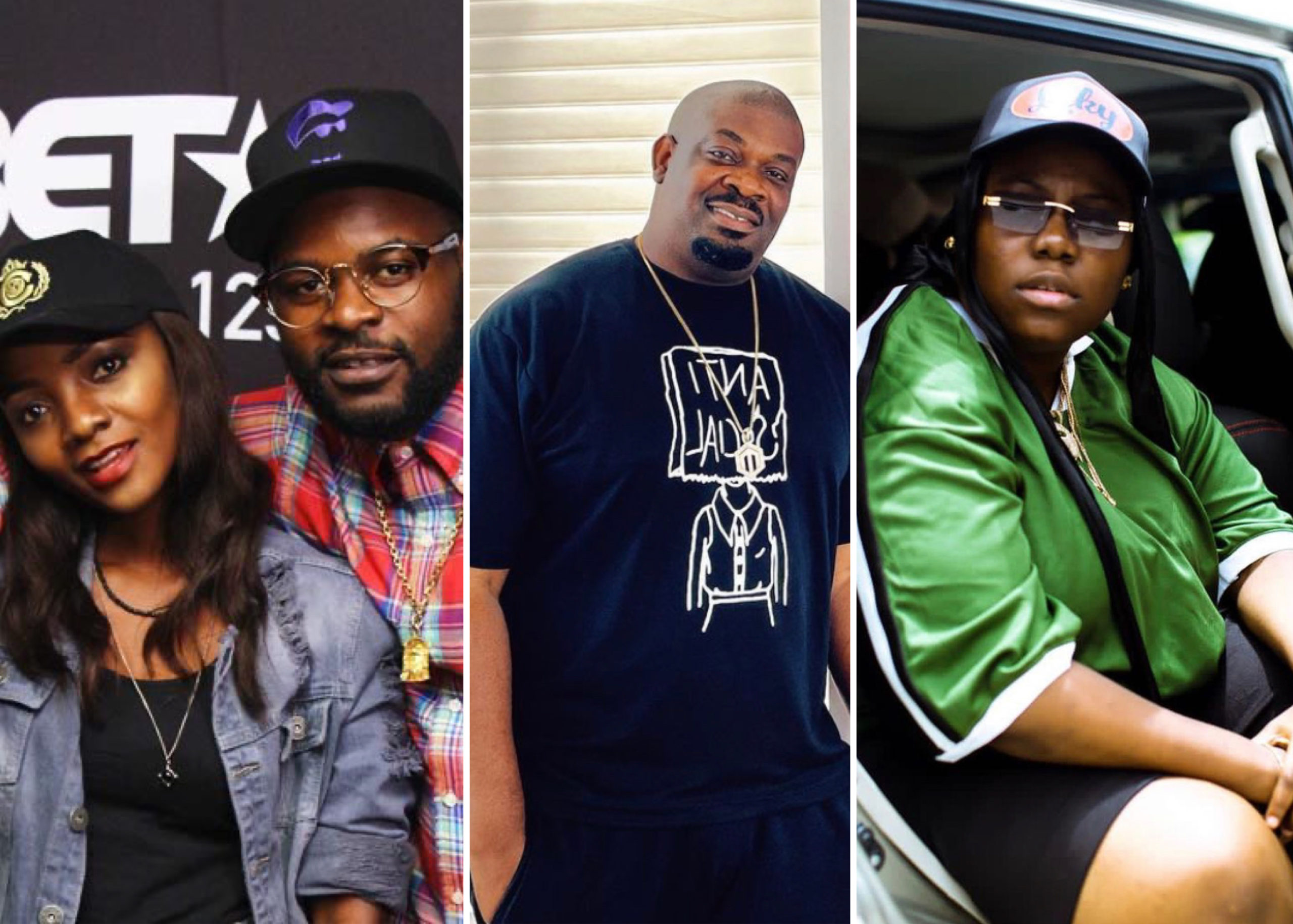 Don Jazzy, CEO of Mavin Records, has revealed that he regrets about not signing musicians like Falz, Simi, and Teni in the early stages of their career.

Speaking during an interview with Ebuka Obi-Uchendu, the record producer said things didn’t work out between Falz and Mavin as the singer was affiliated with another manager.

With regards to Simi, he explained that he lost her after a music cover contest he staged to select new artistes didn’t single her out as a winner.

Don Jazzy further stated that he wished he signed Falz and Simi when the opportunity came regardless of what the situation was at that time.

He, however, revealed that the only person he never wanted to manage was Davido, owner of DMW record label.

When asked about his regrets, Don Jazzy said;

Regrets? I wish I signed Falz; Simi. Of course, the opportunity came. Don’t say I turned them down. For Falz, the working situation wasn’t just right. I run a firm that could handle almost everything he needed.

But I think he had like a management company set up already. It was like Tiwa Savage’s but I had to grow into that kind of scenario where I had to handle someone that had a record label, some blueprint process.

I didn’t reject Simi. I did a Twitter contest for ‘Journey of A Thousand Miles’, DPrince’s record featuring Wande Coal. I loved her cover. She was one of the people that participated. She didn’t win but she was high up there.

I didn’t pick the winners. I liked her but you can’t sign anybody. That’s one person I also regretted, I won’t say regret. But I wish we worked on stuff together.

The same thing with Teni. We used to check up on each other. I had not grown to the point that I would move you from Atlanta to Nigeria for work. Now I can and we work before deciding if we are going to sign. Before I knew what was happening, there were faster people.

She released records and I was like, ‘okay, we lost that one’. Three hot stars. It happened. The only person is David. I didn’t want to sign him but I knew he was going to be huge. They have money already now.

The record label boss disclosed that he employs teenagers from across Nigeria but gets to pick only those who attain his standard for record deals and “activation”.

Apart from the activated artistes, I have some artistes that you people don’t know. Ayra Star was in the academy before I activated her. In the academy, you grow under the radar, work in the studio with my producers.

It’s like a football academy. Not everyone there will play premiership. You work. There are 16-year-olds, 17, 18 from different parts of the country. They’re already earning money while working. So they’re comfortable.

There are 50 of them so far. If you don’t make it into the major leagues, you don’t owe me. The kind of songs you put out, how you blend with the team, and the market demand for your song are what determine if you make it.

You might see them on social media releasing their music but you won’t know whether they’re Mavin Academy or not. I can’t just choose blindly. I need to see even your aunty or neighbour praising you before I can put money.

It takes a lot but let me see you working hard enough to convince your audience you have talent because when people get signed with a major label, they become complacent. But that’s only where the journey begins.

The interview was released few days after he dropped a bombshell that he was married at age 20 but the union crashed after two years because he chose music over his family.

Don Jazzy, who described her as his ‘best friend who is beautiful inside and outside‘, said he is still very much in love with his music and hence, he is still single as he wouldn’t want to mess up another marriage.

He then revealed that the lady, who is a headshot model, mentor and writer, is now married with two kids.

Watch a short clip of the interview below;

Part 2 of my #BlackBoxInterview with @DONJAZZY is out on @bounceradiolive. We talk about Wande Coal, Mavins, Olamide, marriage and future music with D’Banj???
Full interview 👉🏾 https://t.co/XBd0TFRMo9 pic.twitter.com/d1w42H7baS

Nigerians React As Don Jazzy Reveals He Got Married At 20,…

Model Breaks Silence After Being Accused Of Having Sexual…