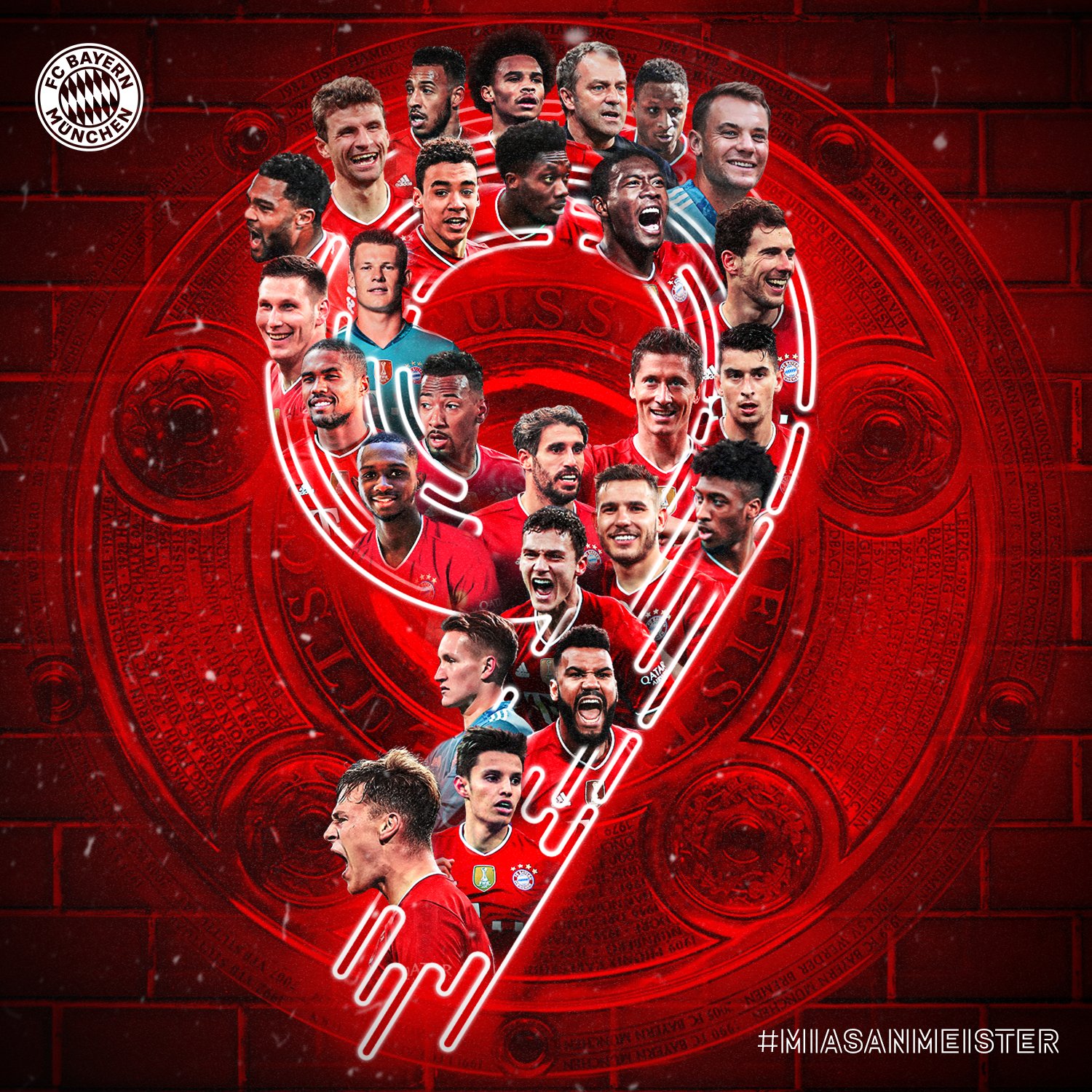 Bayern Munich have won their ninth consecutive Bundesliga title thanks to RB Leipzig‘s 3-2 defeat to Borusia Dortmund on Saturday.

The result in Dortmund meant Bayern became champions before their home game against Borussia Moenchengladbach on Saturday evening.

The Bavarians (Bayern) could have clinched the championship crown two weeks ago, but fell to a shock 2-1 defeat at Mainz.

Leipzig’s subsequent victory over Stuttgart kept the title race alive through the break for the DFB Pokal semifinals. However, their loss in Dortmund makes Bayern national champions for the 31st time, with 30 coming in the Bundesliga era.

Nine Bundesliga titles in succession extends Bayern’s own record, with no one else — including the Munich giants — having won more than three in a row prior to this run.

The 2020-21 campaign also marks the end of an era at the Allianz Arena as David Alaba, Jerome Boateng and Javi Martinez are set to leave this summer.

Bayern manager Flick will also leave the club after just over 18 months where he won seven trophies and became only the second coach after Pep Guardiola at Barcelona in 2009 to win six trophies in a single calendar year. Flick has been linked with the managerial role at Germany, where he could take over from Joachim Low after this summer’s European Championship. Flick will be replaced as Bayern manager by Julian Nagelsmann, who will leave Leipzig at the end of the season.