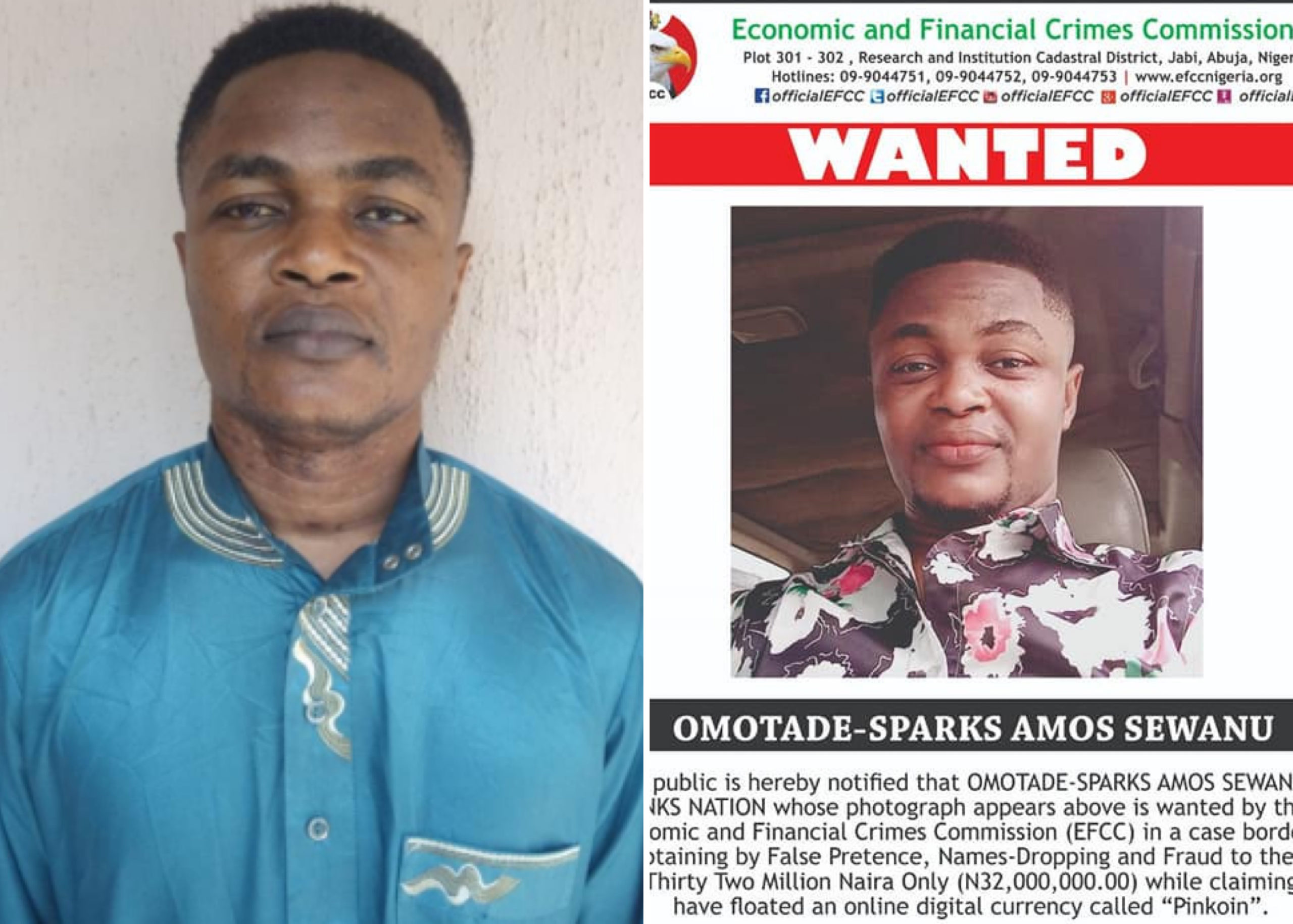 Omotade-Sparks who hails from Badagry, Lagos State was declared wanted by EFCC in November 2020 after efforts to apprehend him failed. 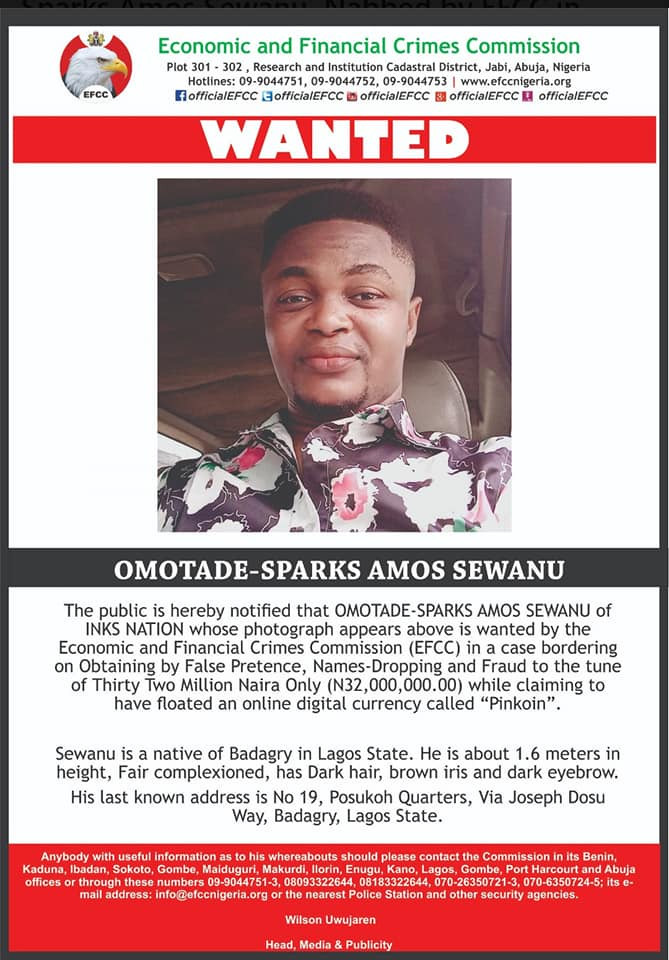 He is the alleged mastermind of a huge pyramid investment scheme through which many citizens were defrauded of monies to the tune of over N32 million.

Omotade-Sparks allegedly initiated a phony online digital currency called “Pinkoin” which lured unsuspecting members of the public to invest between N1,000 to N100,000 with a promise of unrealistic returns and went ahead to distribute a payment card called “Pink Card” to further confuse his victims.

Omotade-Sparks is accused of making false claims that he was in partnership with EFCC to persuade people to invest in his devious scheme. However, he was not licensed to operate a financial institution.

A statement released by the antigraft agency says he was finally arrested on Thursday, May 27, 2021, and has made a useful statement.

He is to be arraigned in court as soon as the investigation is completed.