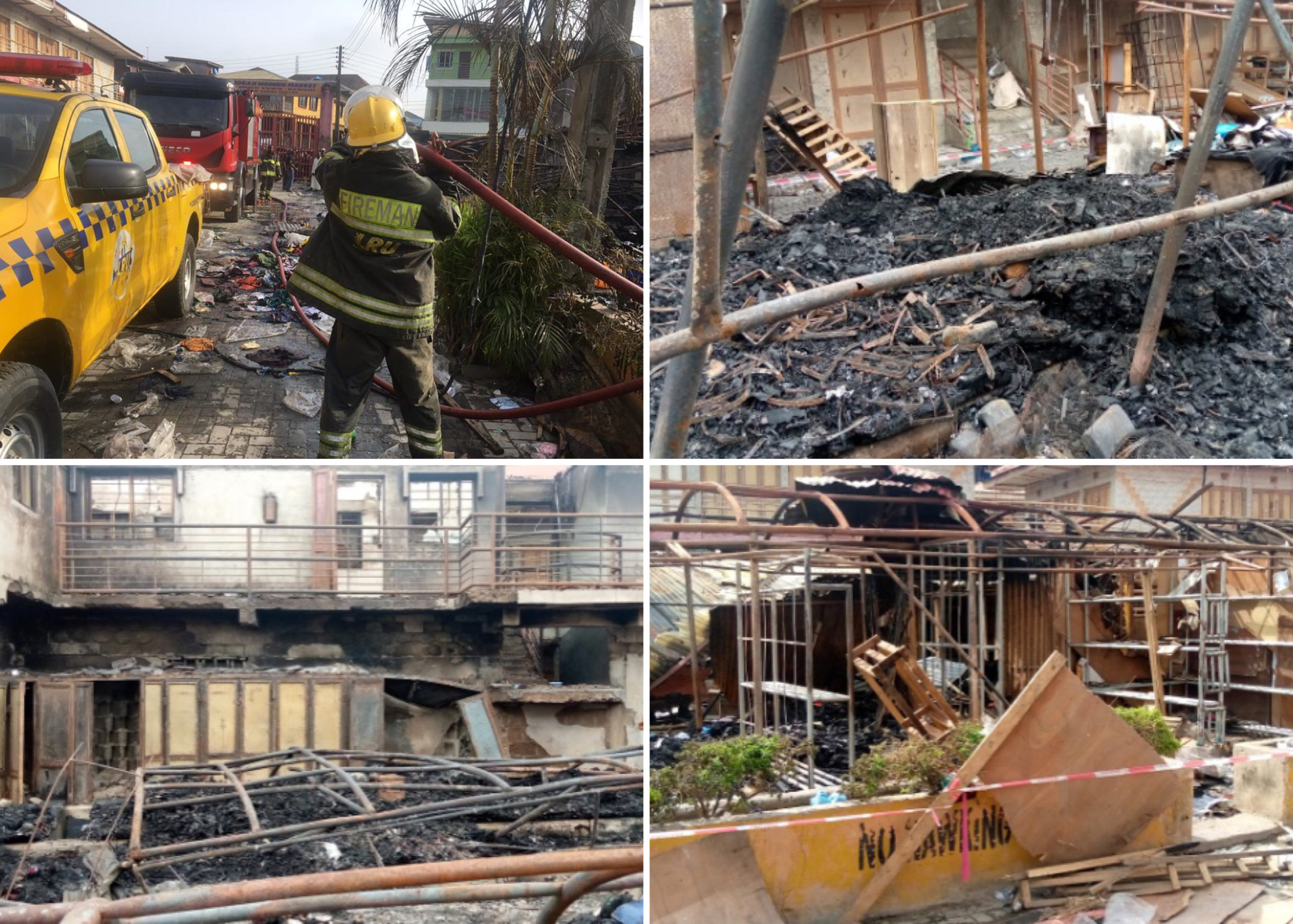 Lagos State Commissioner of Police, Hakeem Odumosu has dismissed reports claiming that the fire incident at Kairo market in Oshodi area was caused by explosives.

His statement is in contrast to report by Director-General of LASEMA, Femi Oke-Osanyintolu, who in a statement released on Friday May 7 said;

Initial investigations suggest that some form of explosives/ accelerants were used; indicating some foul play.

In contrast, Odumosu who conducted an on-the-spot assessment of the damages at the market on Friday May 7, said Explosive Ordinance Department of the State Police Command has not discovered any bomb at the scene of the incident, and therefore the fire could not have been caused by a bomb explosion.

We have seen what happened and we give God the glory no lives were lost. No matter the values of things that were lost, it cannot be compared with lives. We also thank God that the portion that got burnt is not more than the area not burnt.

Since it started, I have deployed my men and they have been on the ground. My coming is to have a physical assessment of what happened. We are to ensure there is no breakdown of law and order here. The rumour going around that it was a bomb should be dismissed.

The tension is already high in the country and we should not make inflammatory statements. That’s why I am here with my technical team, the bomb experts in the police and they have gone round and no proof the fire was caused by a bomb. It has been ruled out that there was a bomb explosion here. No bomb was found here. So people should allow the fire service and the police to conduct their investigation and when the report from their laboratory comes out, we will make a statement.

He appealed to those who lost their goods to the fire, saying efforts are ongoing to involve the state government to come to their aid.

We only appeal to the people to control their annoyance and emotion. Whoever is aggrieved, we are appealing to them not to take it too far because we are not going to allow the breakdown of law and order.

We are deploying our men here both in mufti and uniform. We are up to the task and the chairman will seek palliatives from the governor for those affected. We keep appealing to the people to be patient. The chairman will take it up politically while I take it up to security wise.

Kidnapping: Our Rescue Plan Was To Lose Few Students But Kill All Bandits – Gov El-Rufai (Video)

Kairo Market Fire Caused By ‘Some Form Of Explosives’…