Photos, Video From Funeral Of Iniubong Umoren, Job Seeker Who Was Raped, Killed In Akwa Ibom 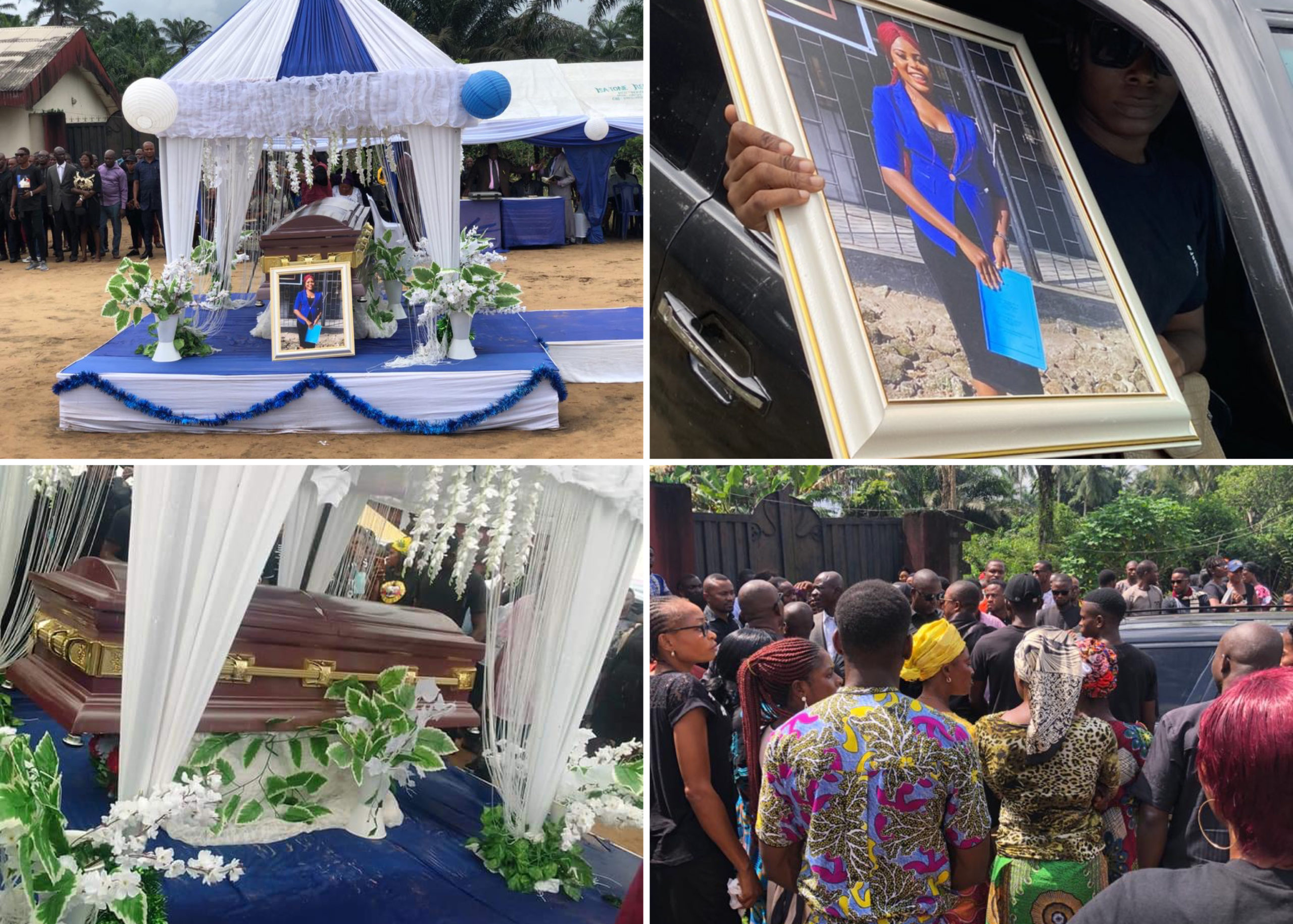 Body of Iniubong Umoren, the job seeker who was allegedly raped and murdered by a fake employer, has on Friday, May 14 been laid to rest in Nung Ita Ikot Obio, Oruk Anam Local Government Area, Akwa Ibom state.

It would be recalled that Umoren was lured to her death by a fake employer, Uduak Ezekiel Akpan, who raped killed and buried her in the shallow grave.

The victim’s friend, Umoh Uduak, raised alarm about the lady’s disappearance over a week ago and after many Nigerians through social media fished out the suspect.

She was allegedly invited by Akpan, suspected to have kidnapped her as she could not be reached on her telephone lines.

Few days, fresh facts are being unravelled over the death of the young woman and the murderer’s alleged ties with top politicians.

There are allegations that Akpan has some connections with high ranking political office holders in Akwa Ibom, hence the reason for the silence from police investigators.

Family, friends and colleagues have now bid Iniubong farewell as her body was laid to rest.

See some photos and video from the burial ceremony below; 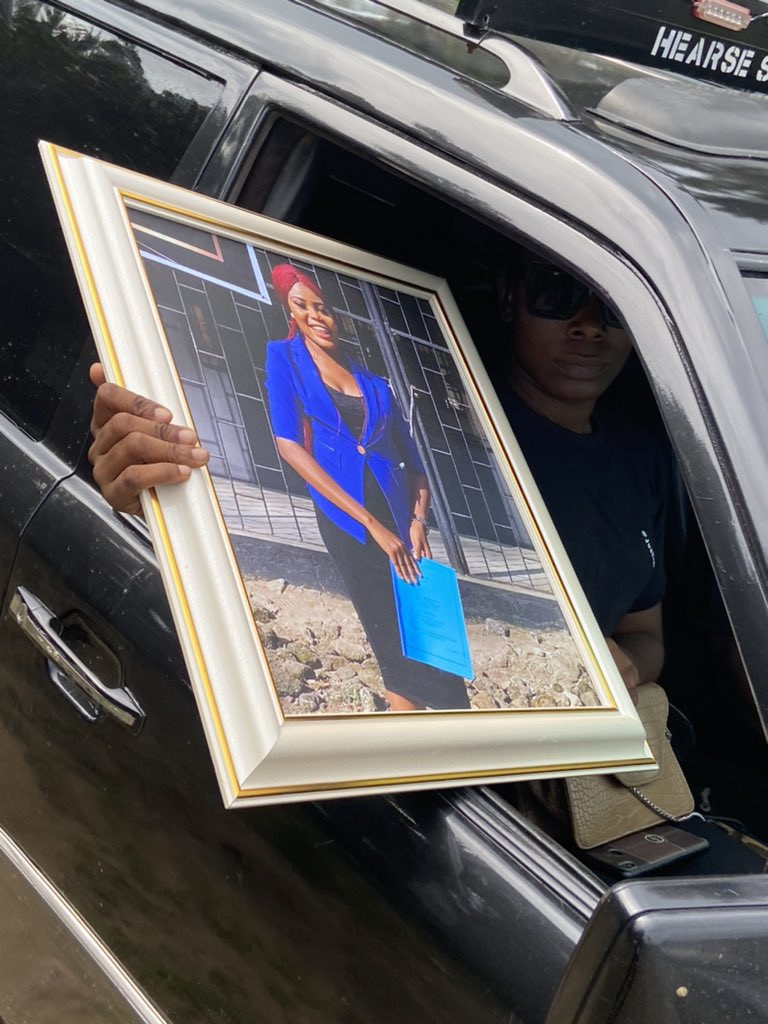 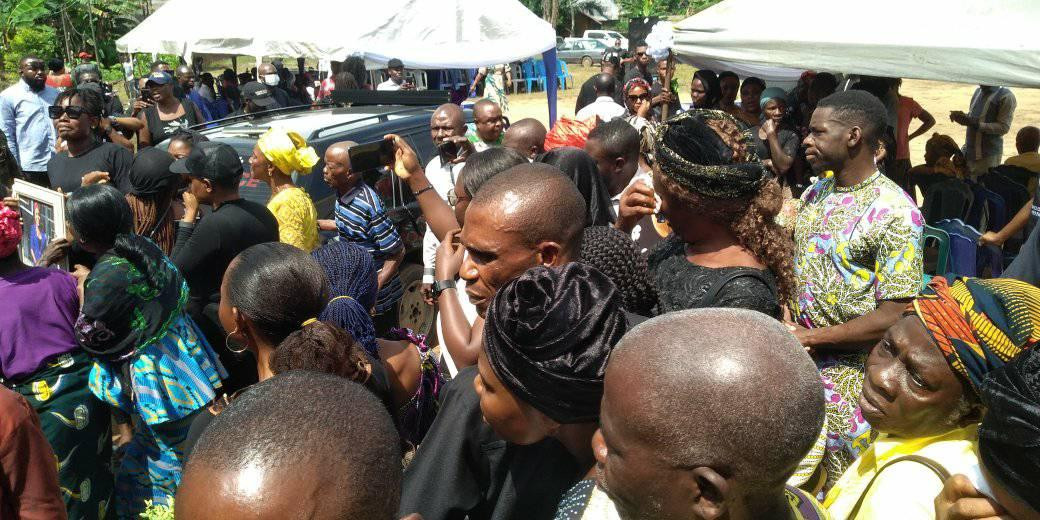 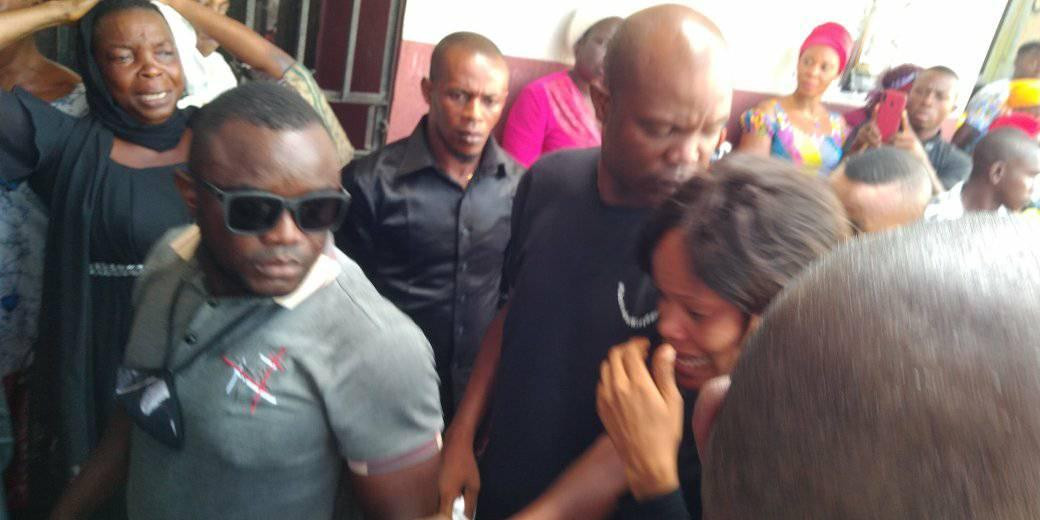 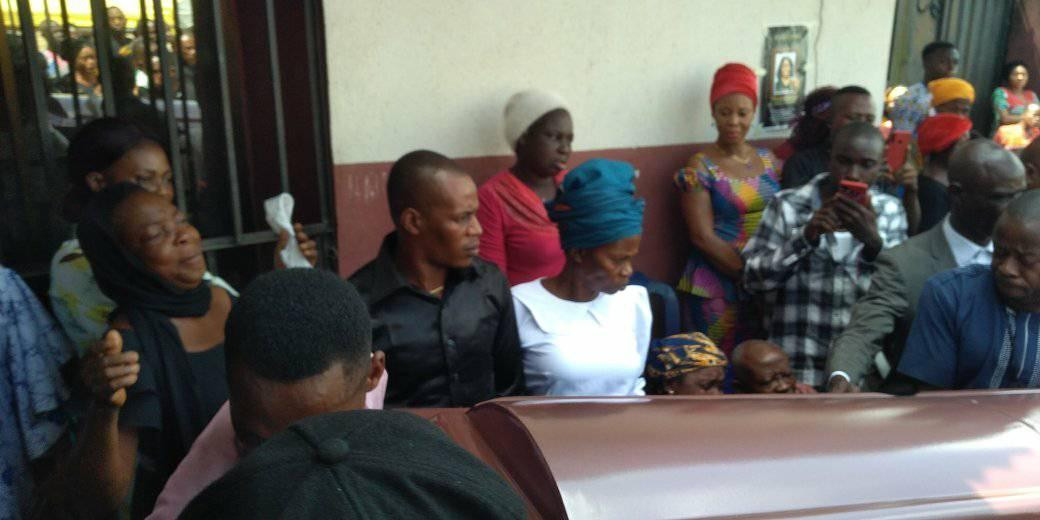 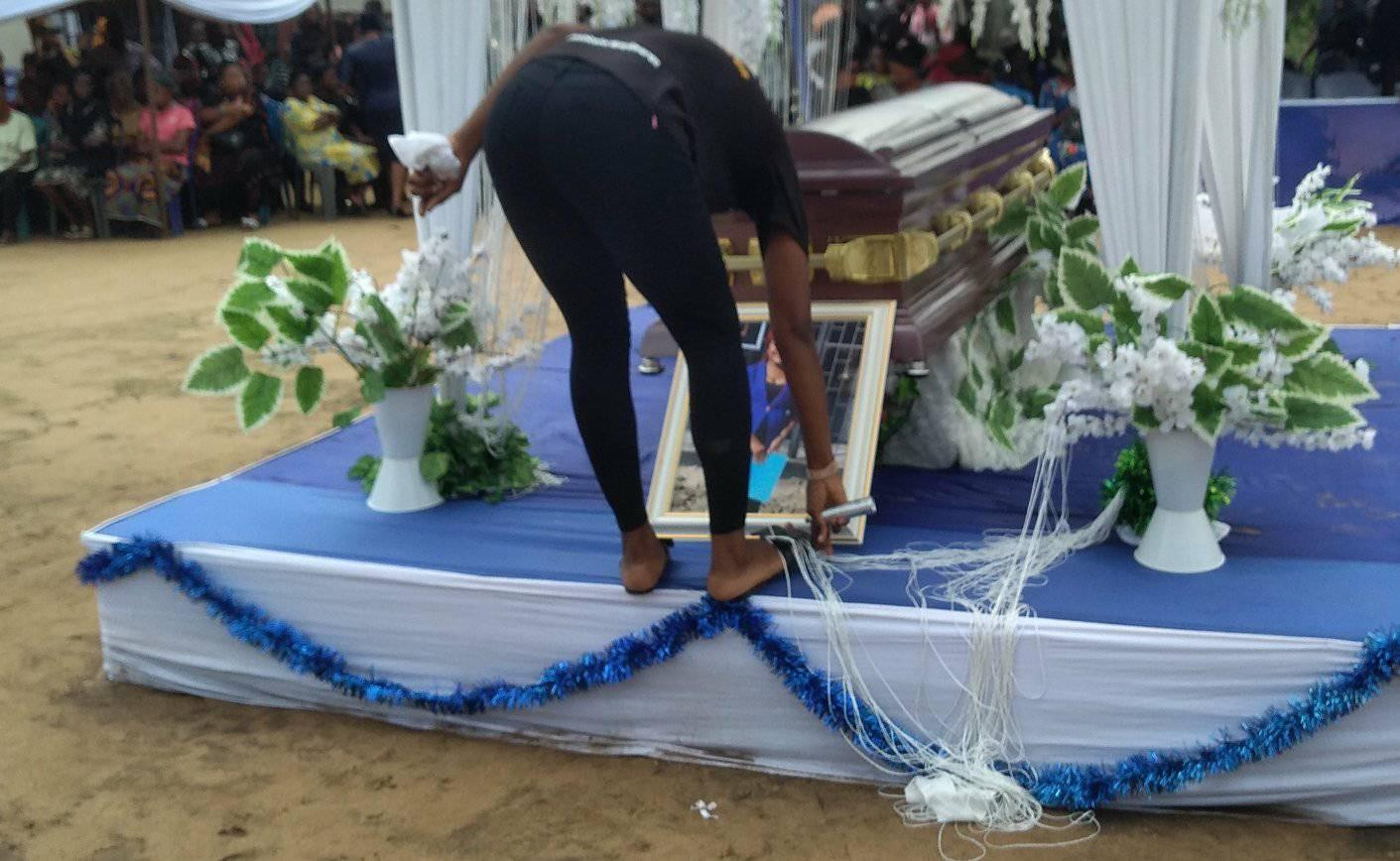 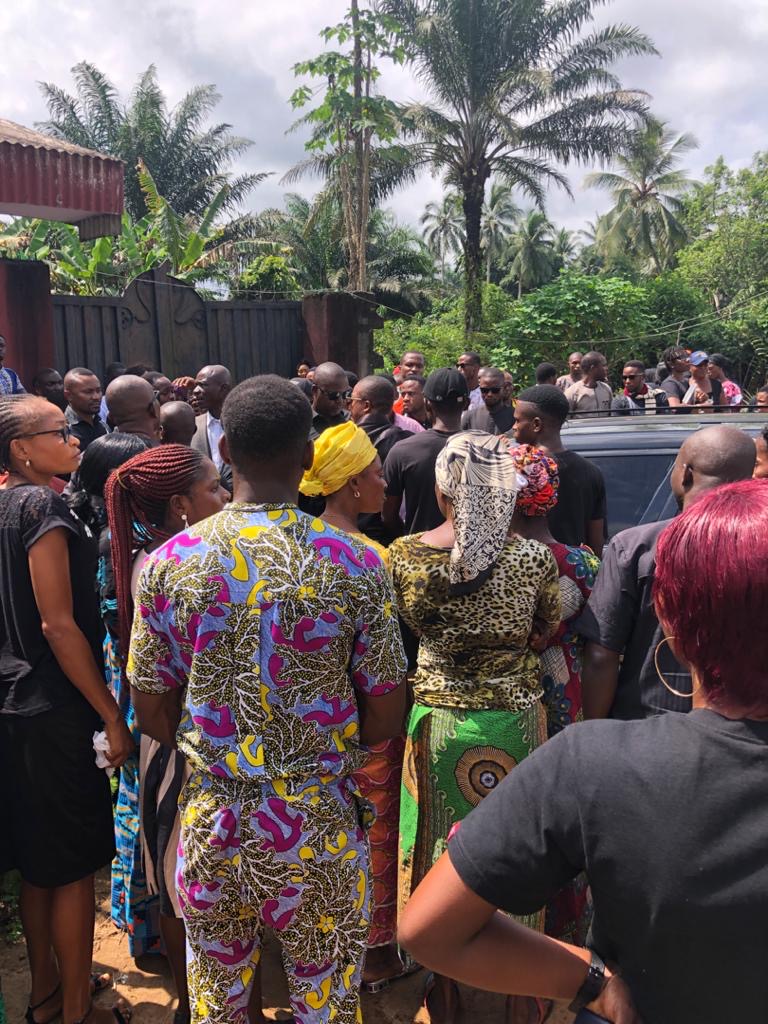 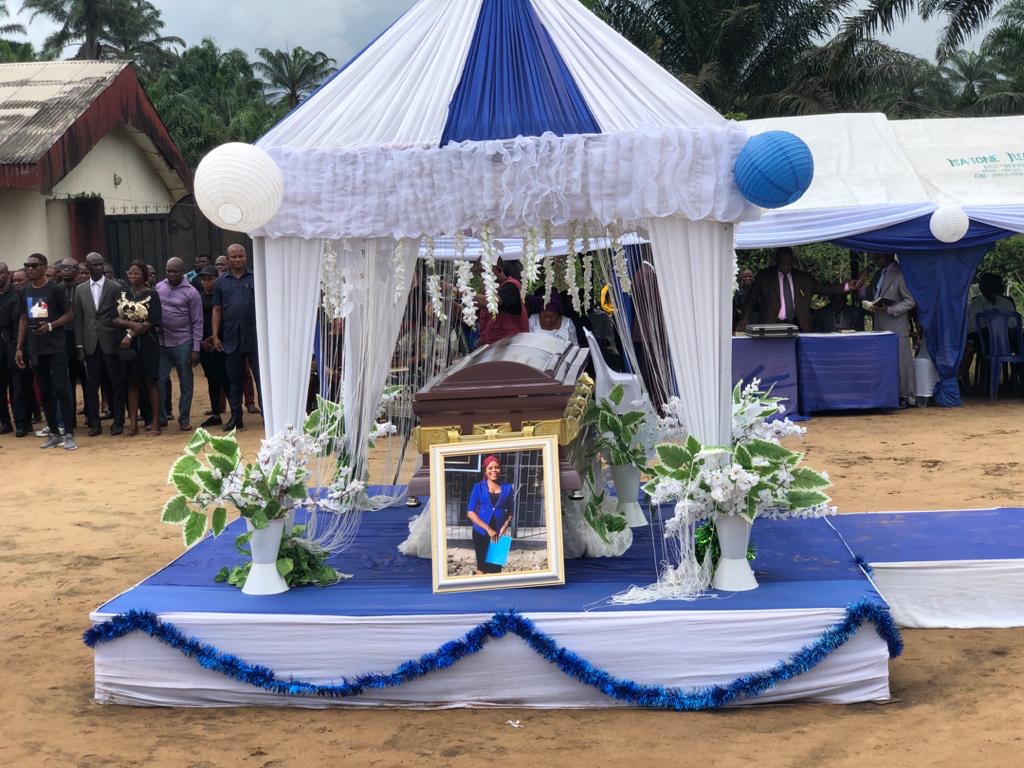 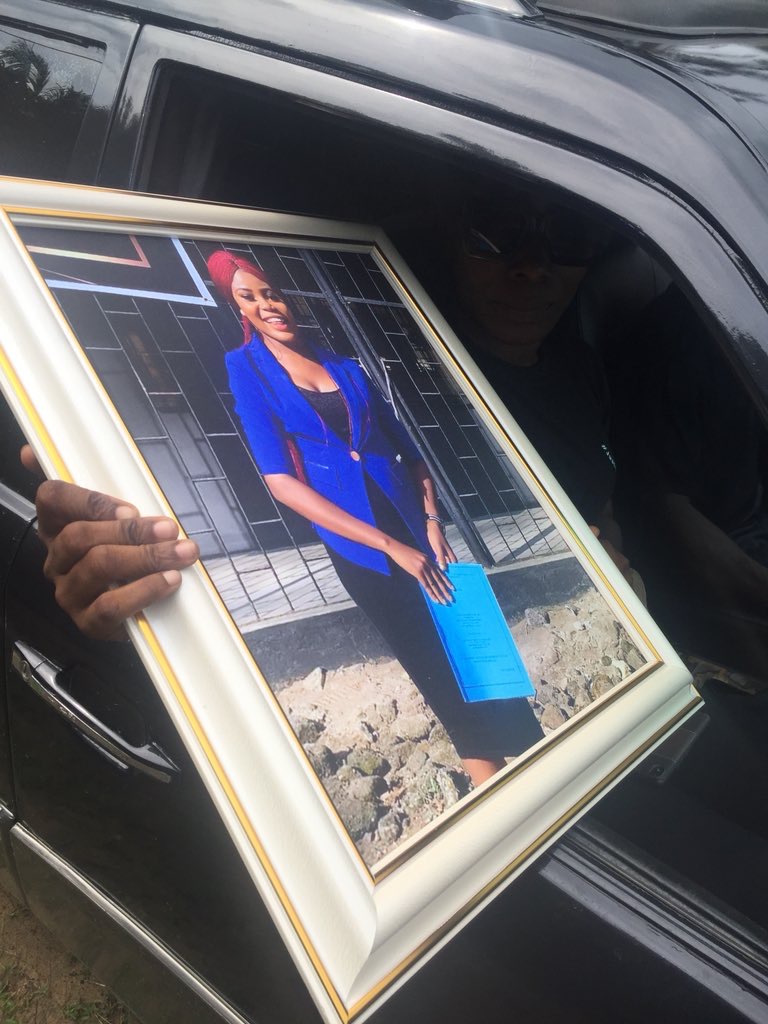 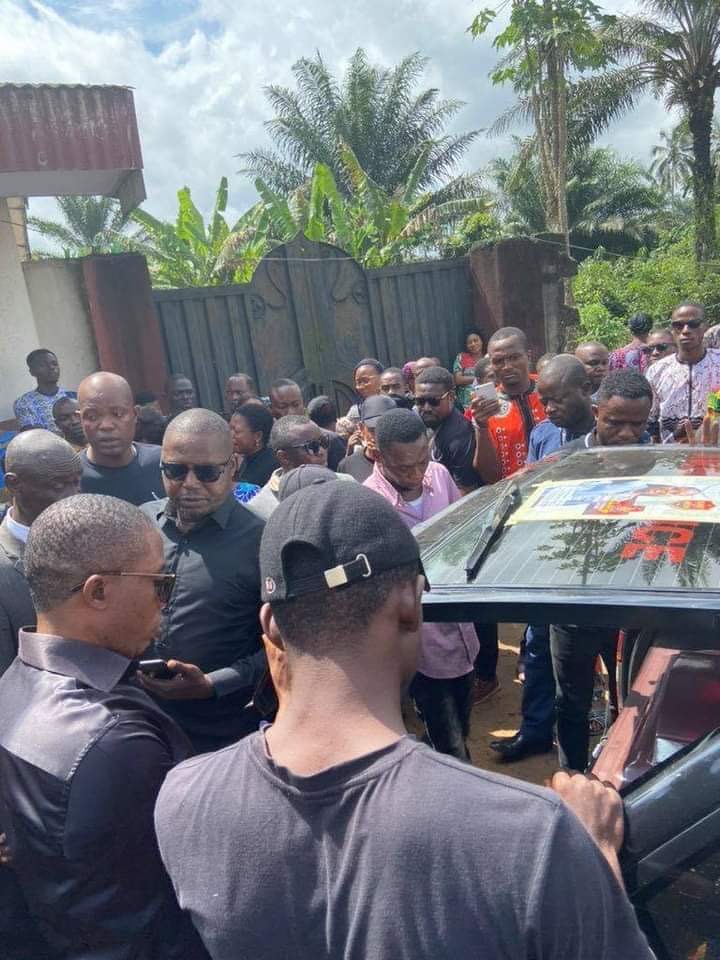 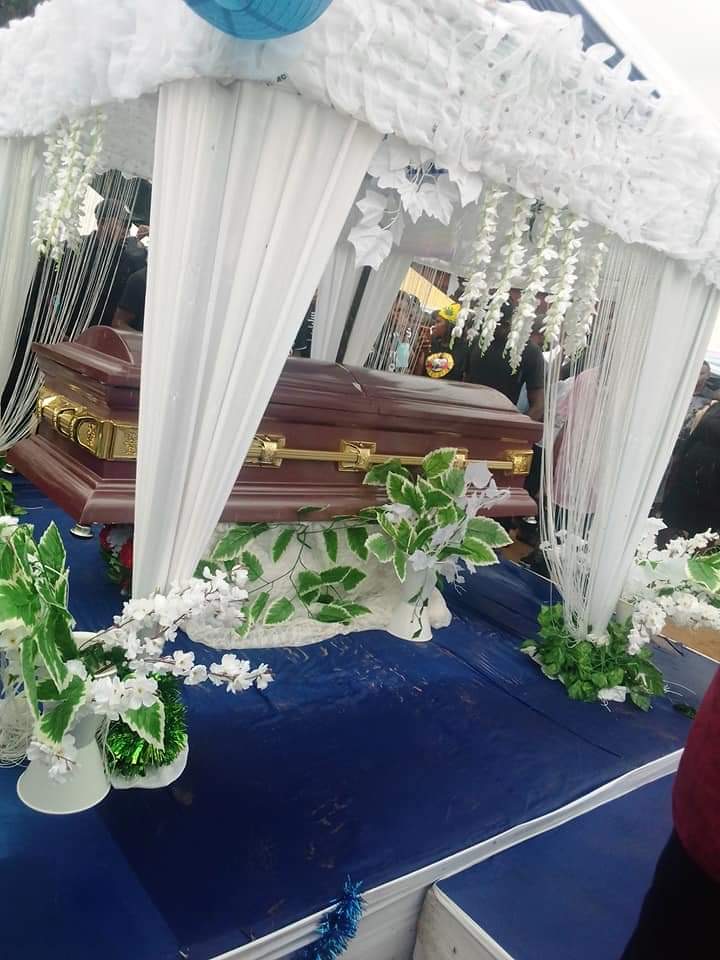 JusticeForHinyUmoren: Tears as slain jobseeker is laid to rest

26-year-old Iniobong Umoren, who was lured to a fake job interview, r*ped and m*rdered, has been buried. pic.twitter.com/rQgmQeANRf