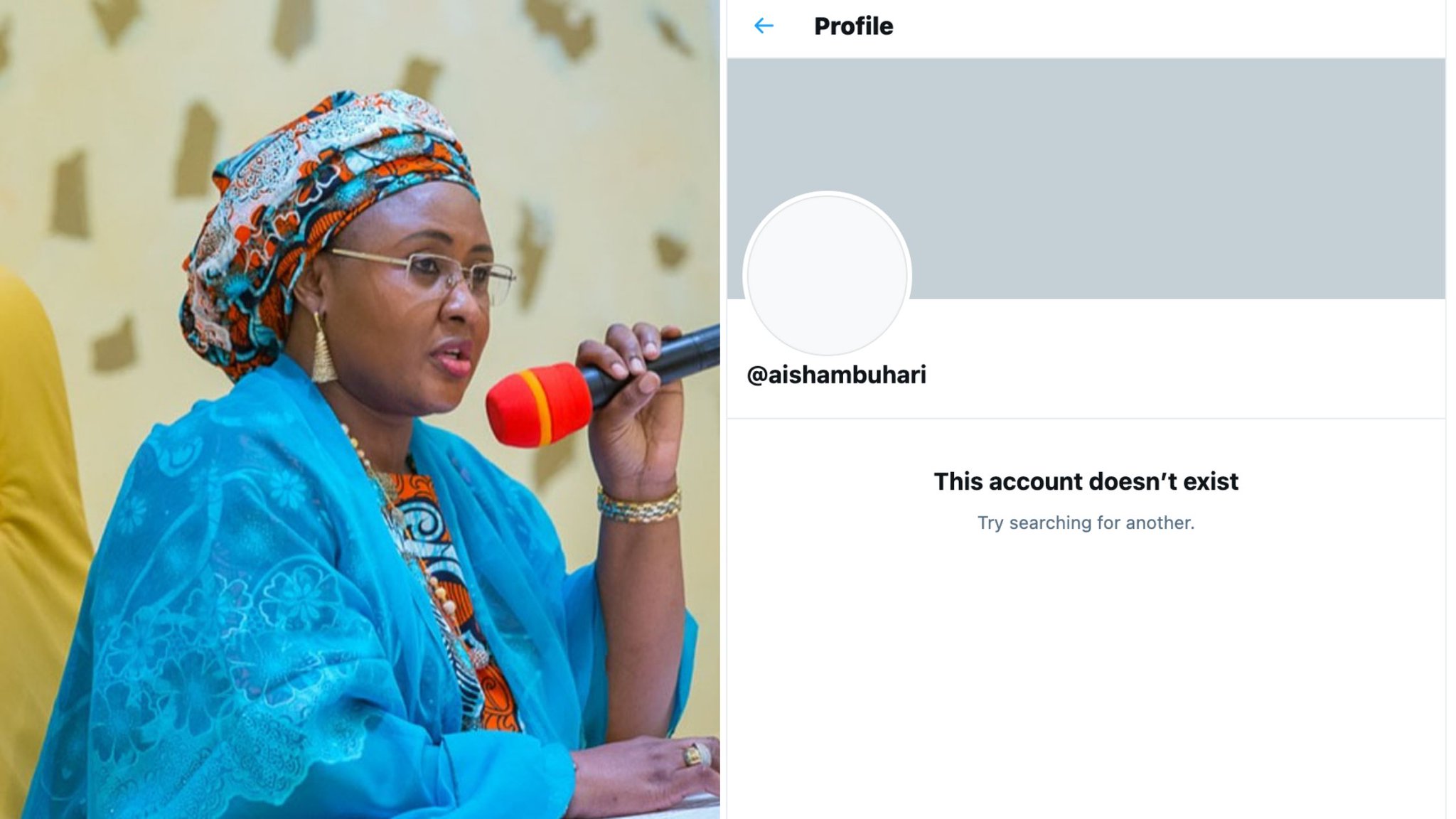 Aisha, wife of President Muhammadu Buhari, has deactivated her account on Twitter shortly before Friday midnight when she announced her decision.

“I will be deactivating my Twitter account for now. Long live Federal Republic of Nigeria,” Aisha tweeted at 11:59pm on Friday. 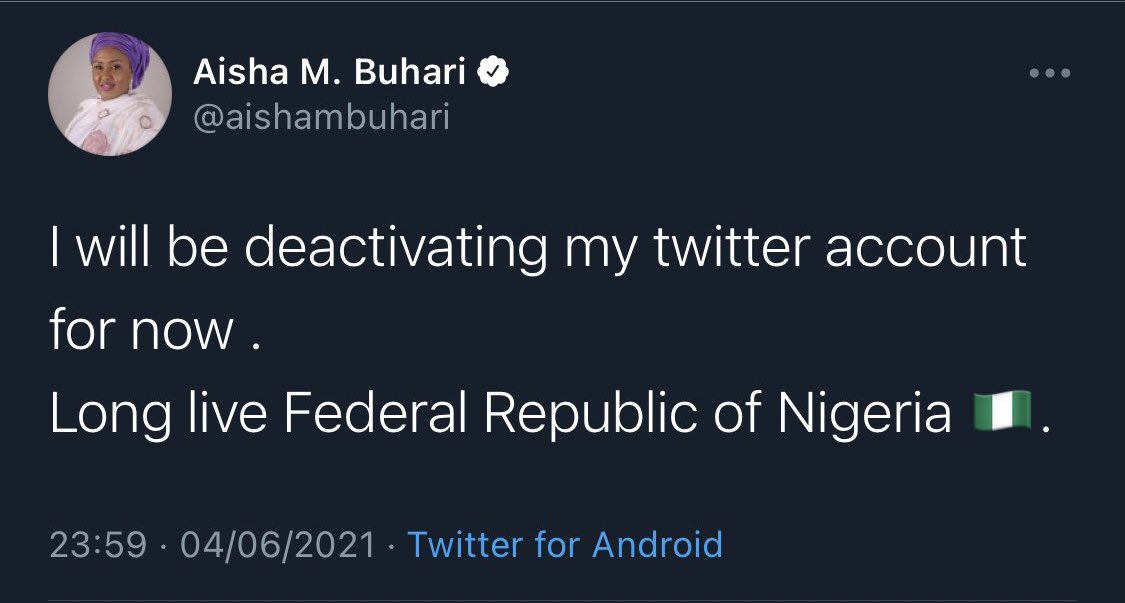 Minutes later, the account, which had over one million followers as at June 4, was no longer available on the social media platform. 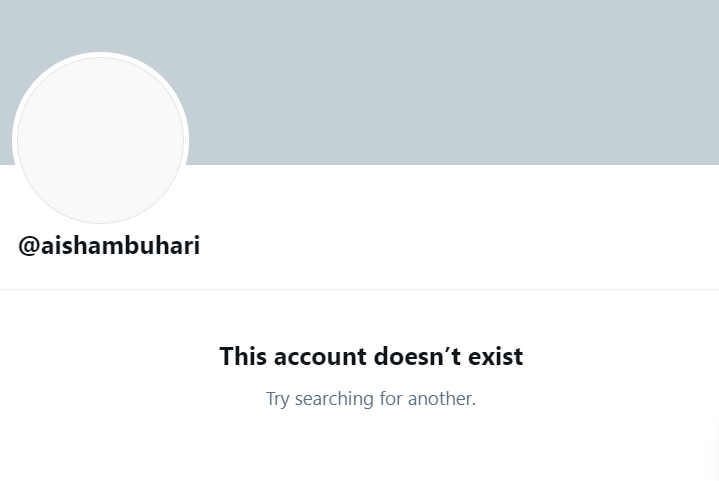 However, the account of her husband, @MBuhari, was still active as of the time of filing this report. 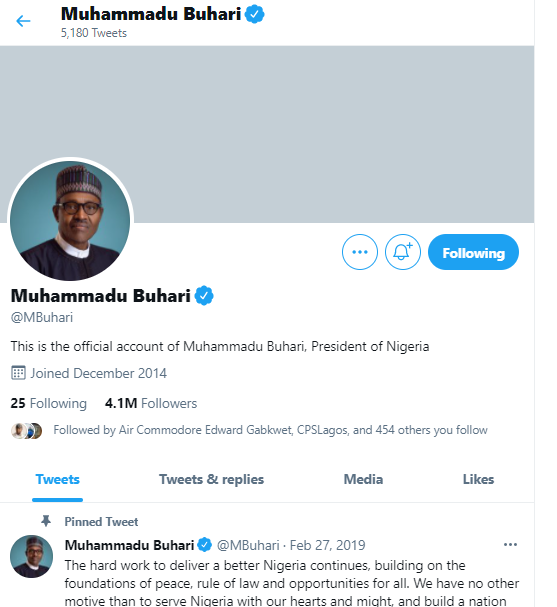 Aisha’s deactivation of her account comes hours after the federal government announced that it would suspend the operations of Twitter in the country.

Lai Mohammed, minister of information, had announced the “indefinite” suspension of Twitter’s operations in the country earlier on Friday.

He announced the suspension of the microblogging site on Friday, citing the “persistent use of the platform for activities that are capable of undermining Nigeria’s corporate existence”.

Checks by MDB showed that though Twitter was still and running up in Nigeria as at the time of filing this report, some users are beginning to experience some difficulty accessing the app.

The development may be as a result of telecommunications operators implementing Nigerian Communications Commission’s directive of restricting access to the platform.