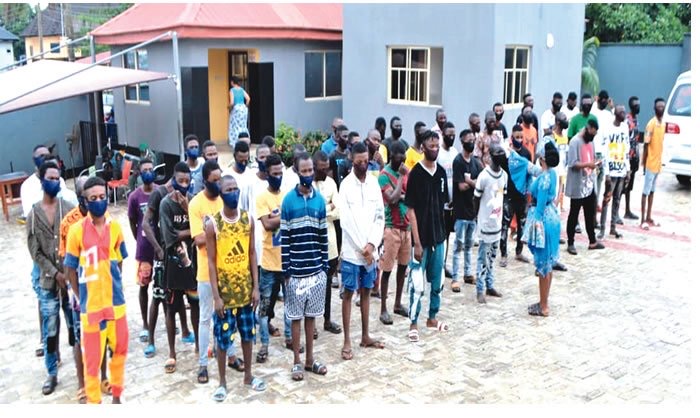 The anti-graft agency’s Head, Media and Publicity, Wilson Uwujaren, in a statement said the suspects were arrested in various locations across the three states.

In Oyo State, 50 suspects were arrested at Alaro Sango, Agbaje Ijokoro and Apete Aladura areas of Ibadan following intelligence on their alleged involvement in Internet fraud.

Some items used in perpetrating the crime, one of the statements said, were recovered from the suspects.

In a similar development, operatives of the anti-graft agency in Abuja arrested nine suspects in Gwagwalada New Layout area of FCT following credible intelligence on their alleged nefarious activities.

A statement on the arrest reads in part;

The items recovered from them are laptops and mobile phones. They were also found with substances suspected to be Indian hemp and other drugs.

Six suspects were also arrested in a sting operation at Independence Layout area of Enugu metropolis on Saturday, June 4, 2021 following credible intelligence received on their alleged involvement in computer-related fraud.