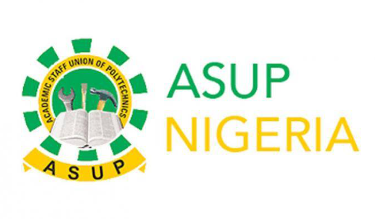 Academic Staff Union of Polytechnics (ASUP) has on Wednesday, June 9 suspended its nine weeks strike for a period of three months.

National Publicity Secretary of ASUP, Abdullahi Yalwa, who announced this, said the union suspended the strike following an appraisal of the report indicating the gradual implementation of the items contained in the Memorandum of Action signed between the Union and the Federal Government.

ASUP which embarked on the strike on April 6 had requested a nine point demand which the government had failed to meet among which were implementation of new salary scheme, revitalisation of polytechnic across the country, implementation of new national minimum wage and payment of areas to members worth N19 billion.

However on Wednesday, the union issued a statement announcing the suspension of the strike with effect from Thursday, June 10.

Addressing newsmen in Abuja, Yalwa explained that the union is not in anyway calling off the strike but suspending it for a period of three months to enable the government execute the items contained in the Memorandum of Action signed with the Union on 27th April, 2021.

The Union directed all its members to resume on Thursday, saying it looked into the appeals made by the government, revered traditional stools in the country, members of National Assembly, Chairmen of Governing Councils of Federal Polytechnics and indeed members of the public who showed varied interests in the matter.

In his statement, Yalwa stated;

As part of the efforts communicated by Federal Ministry of Education, certain items have been fulfilled like the reconstitution and inauguration of governing councils and visitation panels in Nigerian Federal Polytechnics while we are led to believe that the release of funds for infrastructure revitalization and minimum wage arrears is currently being processed.

Other items include the ongoing efforts at the review of the Scheme of Service and Conditions of Service for Polytechnics as well as the commencement of work towards resolution of the issues around CONTISS 15 migration arrears for the lower cadre. We also acknowledge the recent passage of the Bill for removal of the dichotomy against HND holders in the country.