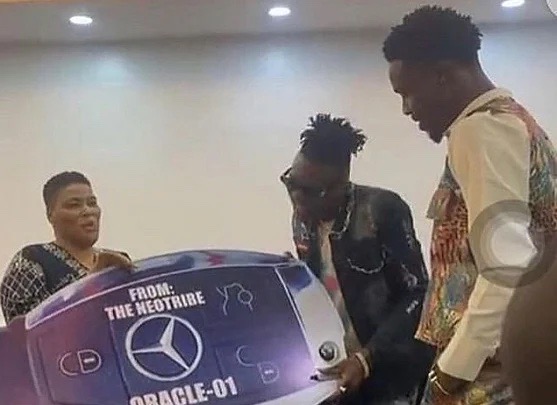 The reality TV star clocked 27 last Thursday and was celebrated by friends and family members on social media.

On Sunday, fans of the reality star — dubbed The Neo Tribe (TNT) — surprised him with the gifts to mark his birthday.

Omawumi, a Twitter user, said Neo, whose real name is Emuobonuvie Akpofure, also got other gifts from his fans aside from the car and money.

I’m so happy! Neo’s… fans gave him a Mercedes Benz with N2m! Plus other many gifts! Neo was already so happy with all the gifts he got earlier in the week and sending appreciation messages etc, this is major surprise for him.

Neo was one of the popular figures during the ‘Lockdown’ edition of the show held last year.

While the show lasted, the spotlight also beamed on him over his relationship with Vee, his colleague.

Neo has now joined the list of reality TV stars who have been gifted with cars on their birthdays.

From Bam Bam, Tacha, Dorathy to Nengi Laycon, the list of reality TV stars whose fans have gone out of their way to express love with expensive gifts appears to be growing.

Watch a video of the gift presentation below;