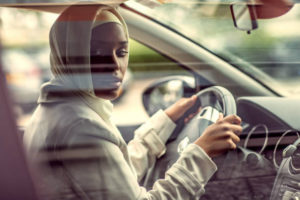 Muslim cleric, Sheikh Abdallah Usman Umar Gadon Kaya has debunked reported claiming that Kano state government is planning to enact a law prohibiting women from driving in the state, irrespective of their faith.

On Wednesday, July 28, the report circulated on social media, saying Kano State Government made the decision in conjunction with state’s Council of Ulama.

The reports claimed that the decision was taken at Sharia Commission during Sallah break between Commissioner for Religious Affairs, Dr. Mohammed Tahir (Baba Impossible) with the team of the state’s ulamas lead by Sheikh Abdulwahab Abdallah BUK.

It added that draft bill is undergoing final fine-tuning at the state Ministry of Justice and that it would soon be presented to the state House of Assembly for ratification and eventual enactment into law.

The reports also alleged that;

The resolutions was adopted after thorough submissions by Sheikh Abdallah Usman Umar Gadon Kaya who vociferously canvassed for the total ban, as according to him, “allowing women driving in the state represents the darkest moments in our lives as Muslims.

However, Sheikh Abdallah Kaya, quoted in the story, has taken to his Facebook page to debunk the report, saying;

Be ware of fake news. There is a concocted story in circulation alleging that Kano state government and Council of Ulema is preparing bill to ban women from driving.

In the end, we caution citizens to desist from further belief in stories about us [council of ulema] that did not emanate from our mouth or our undersigned social media handles. 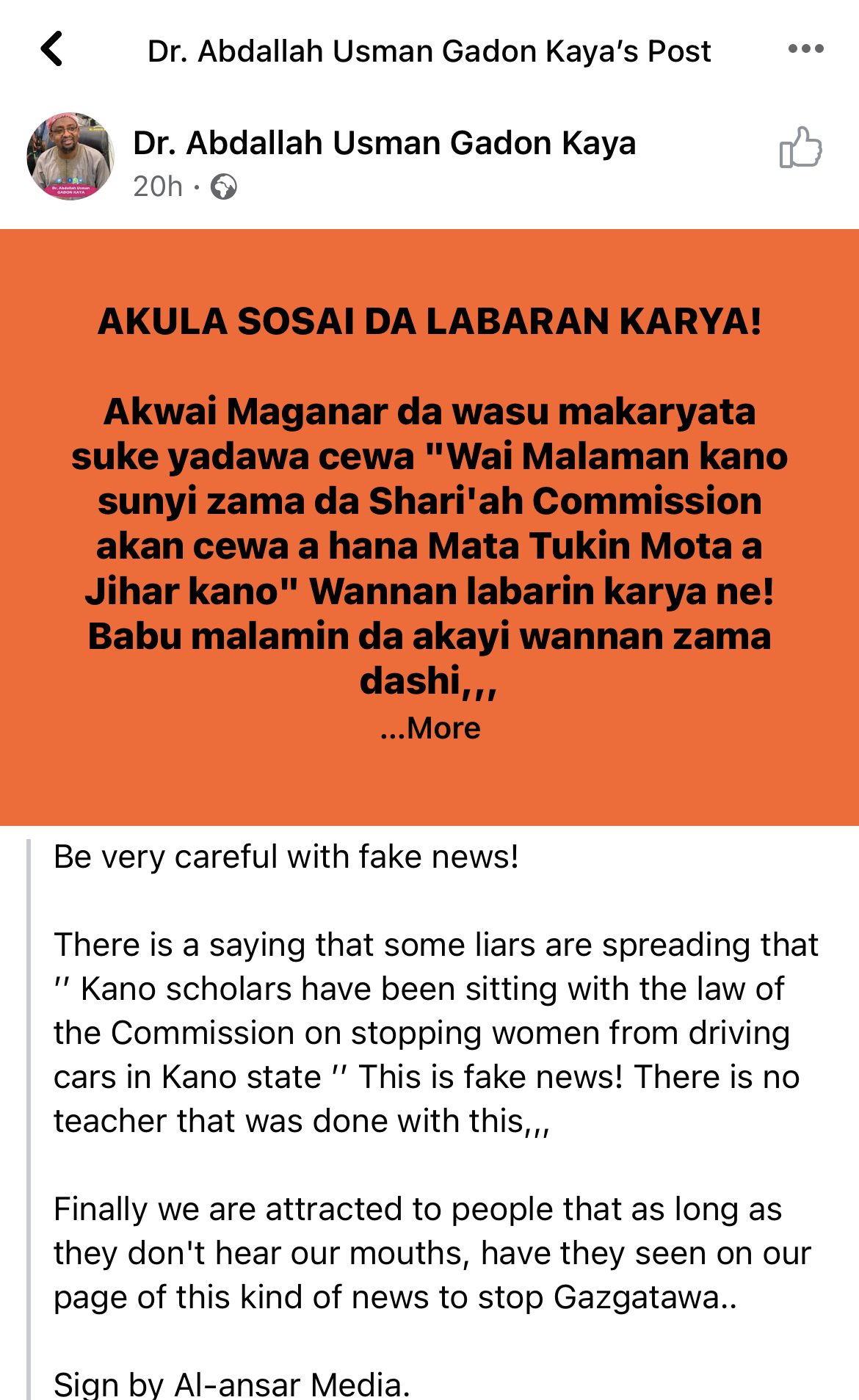 Also, Prof. Salisu Shehu, another mentioned Islamic scholar in the news, described the story as “completely false” meant to cause confusion.