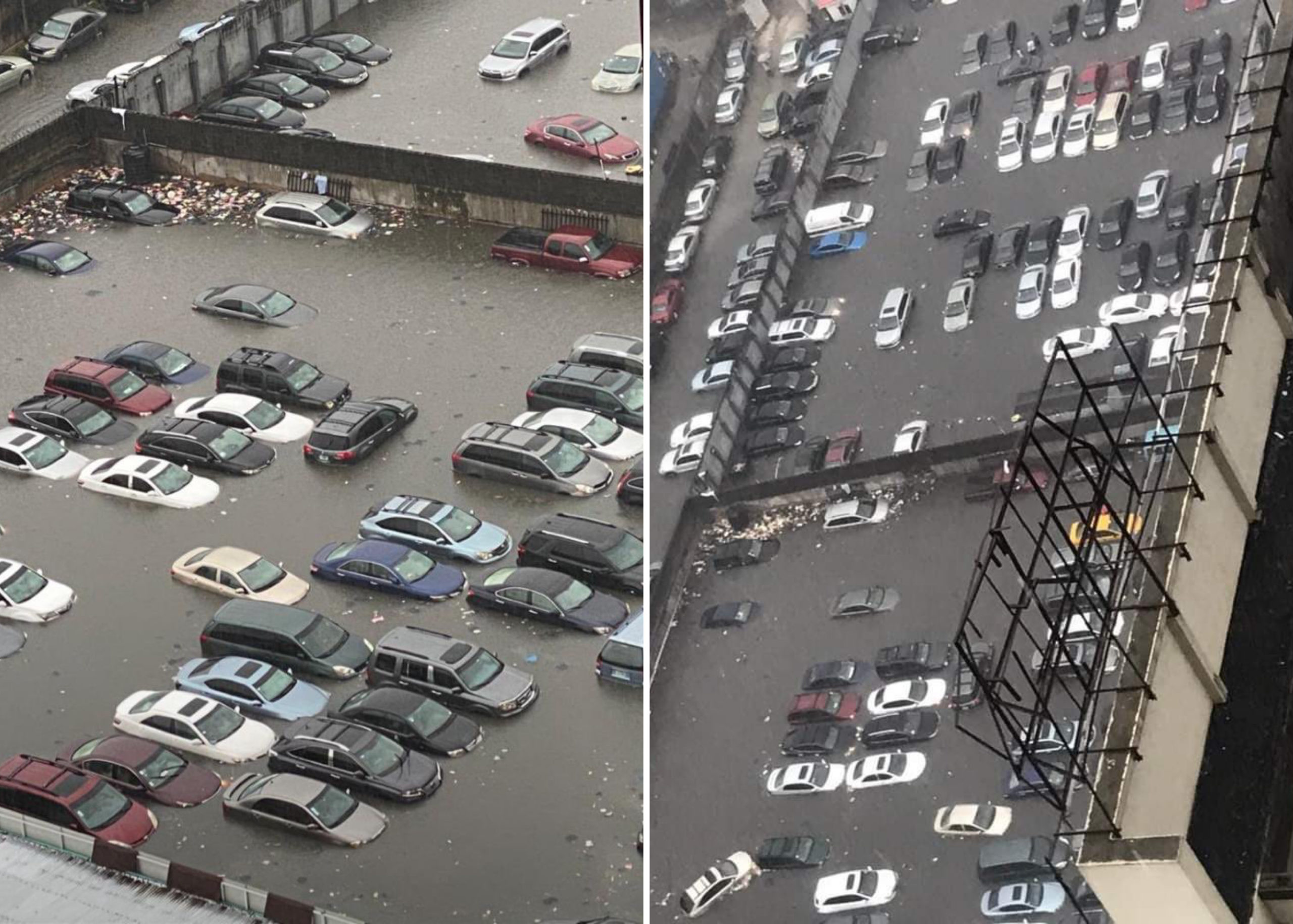 Several vehicles were submerged underwater and residents of Lagos state were stranded in different parts of the state on Friday as heavy rainfall persisted for hours.

From Ladipo to Marina, Lekki to Ikeja, Idumagbo to Oshodi, among other areas, residents were seen struggling to wade through the flood, as the water level reached above people’s ankles, and in some cases, around the knees.

Some cars were also submerged, while in other places, the water level left residents stranded as they were unable to move for fear of being swept away by the flood.

Videos shared widely on social media showed some persons struggling to get to their parked vehicles amid the heavy flooding.

“I don’t know whether this car will ever be able to move again,” an unidentified person said in one of the videos as he inspected his flooded car. “Everywhere is flooded.”

Although, it has rained daily in Lagos since Wednesday, flooding is common in the state, a coastal city home to over 20 million people.

Despite government efforts to construct drainages and advise against dumping refuse in them, flooding is almost certain during heavy rainfall.

On Thursday, the state government said it was stepping up cleaning of canals – blocked by human refuse – in four local government areas.

Lagos has about 176 primary and secondary water channels that require regular cleaning.

Earlier on Friday, National Emergency Management Agency (NEMA) issued safety precautions to residents, advising them not to move about or drive once the water level rises.

“Once the rainwater gets to half of the wheels, it sweeps off your vehicle. Kindly park and move on to higher ground for safety,” Ibrahim Farinloye, acting assistant coordinator, south-west zonal office, NEMA, said in a statement.

The rainwater must have risen above our ankles. Once it happens like this, the flood has the capacity to carry us off.

Below are photos and videos of the flood in some communities across Lagos;

“@Richardarokoyo: Island in the mud, this is Victoria Island. I wonder what Lekki & Park view Ikoyi will look like right now 🤣. The flood get wave self pic.twitter.com/otjFGA26iL 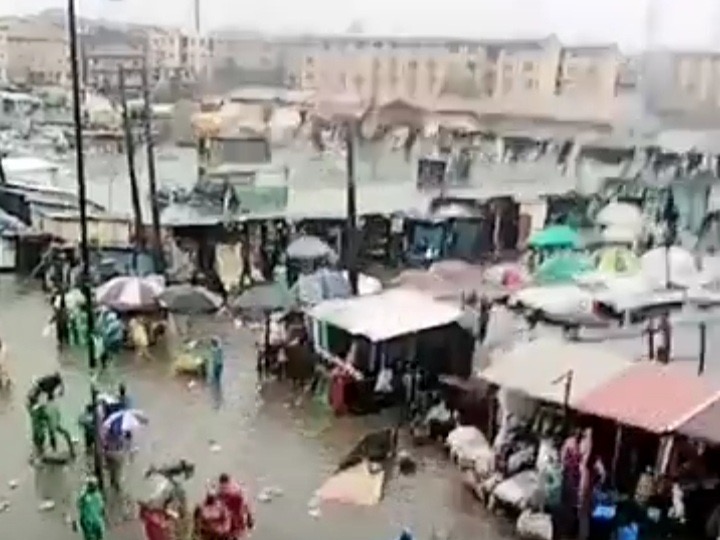 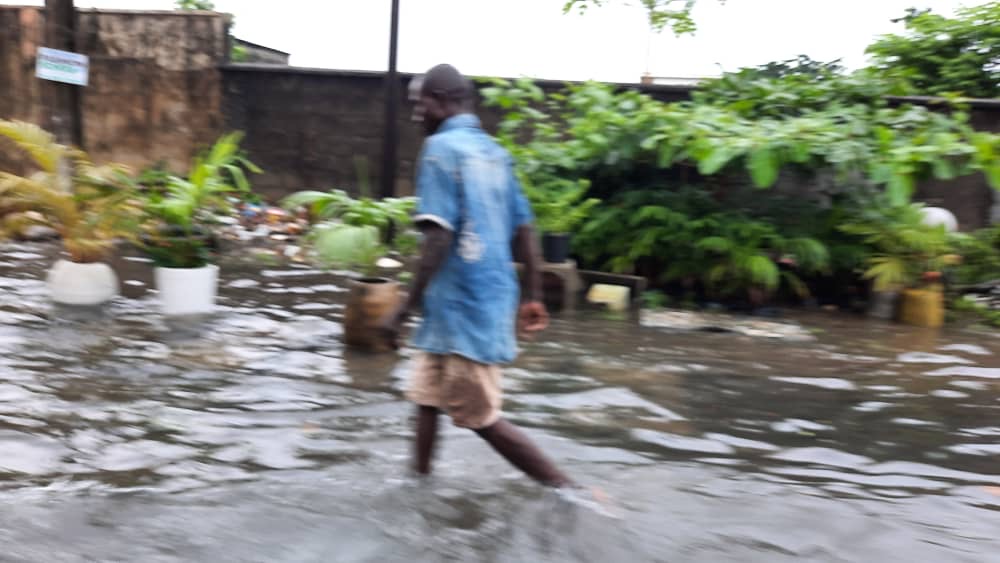 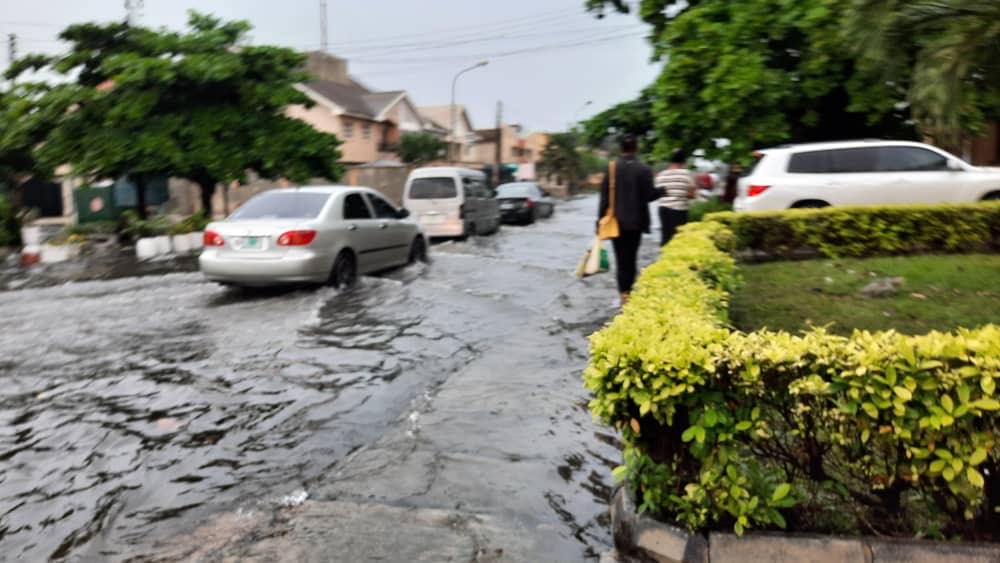 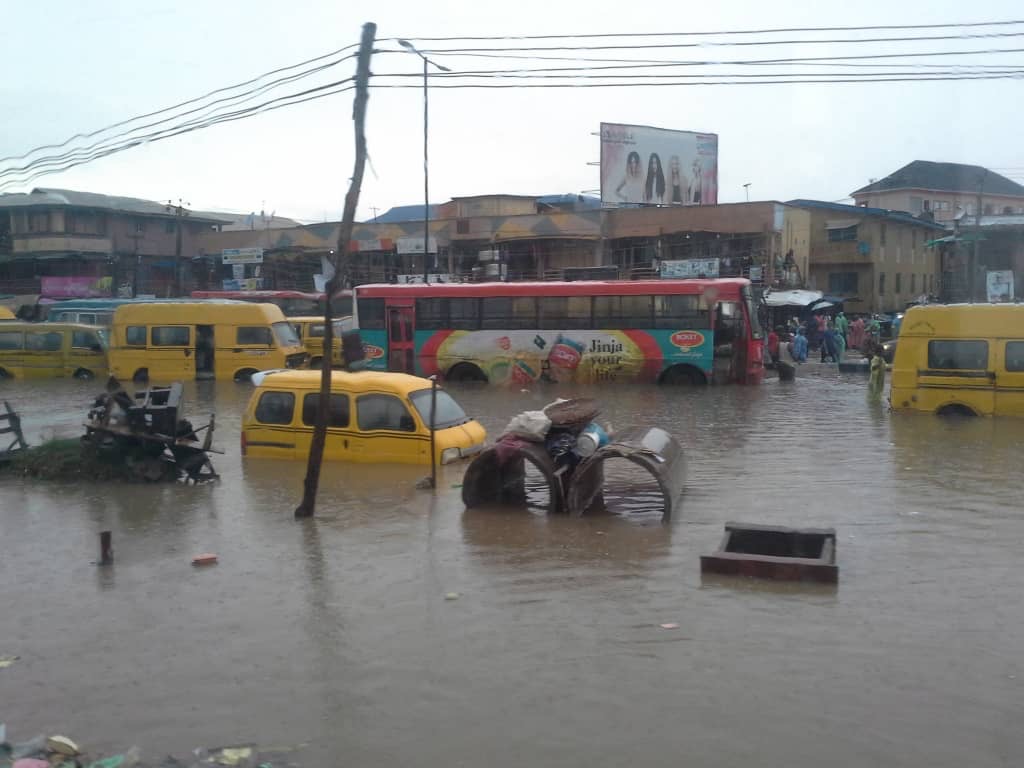 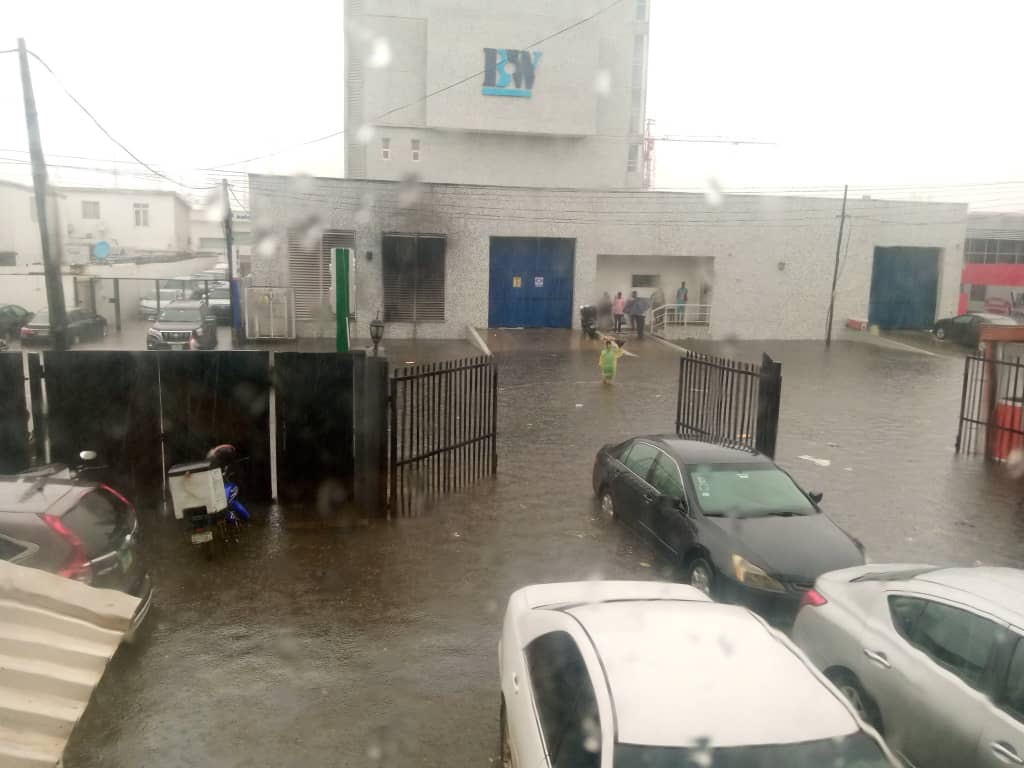 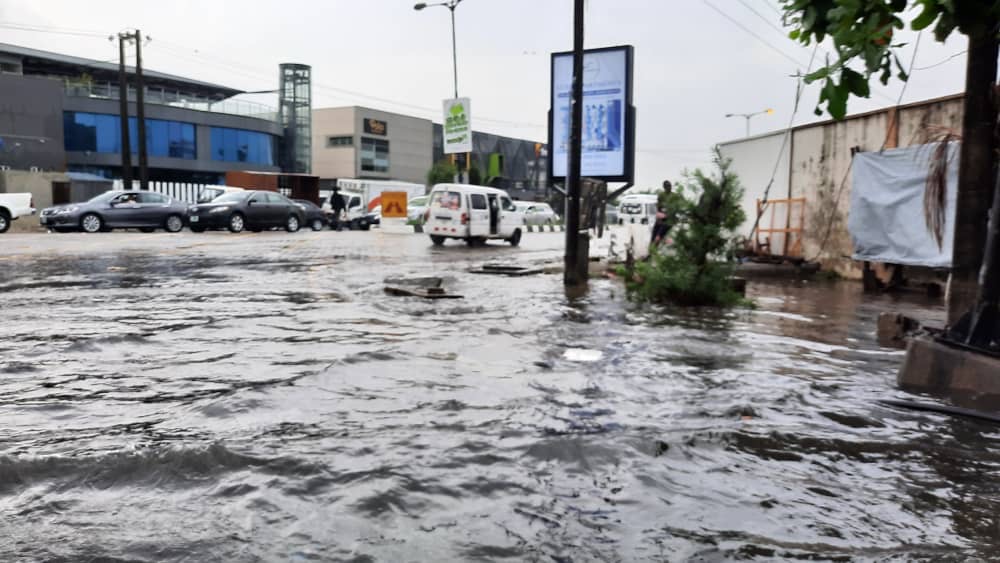 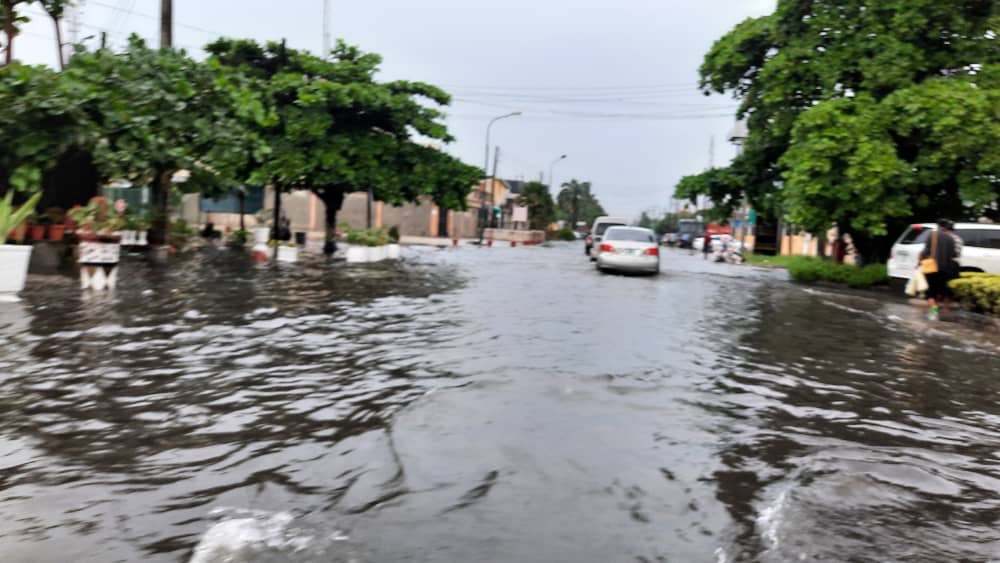 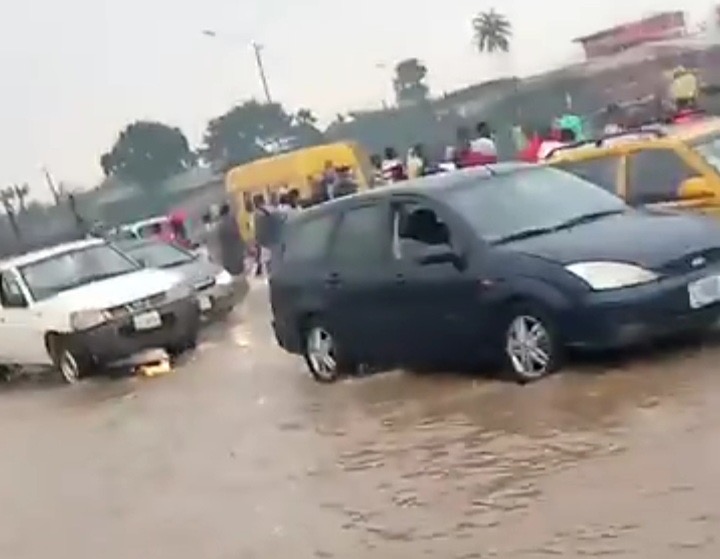 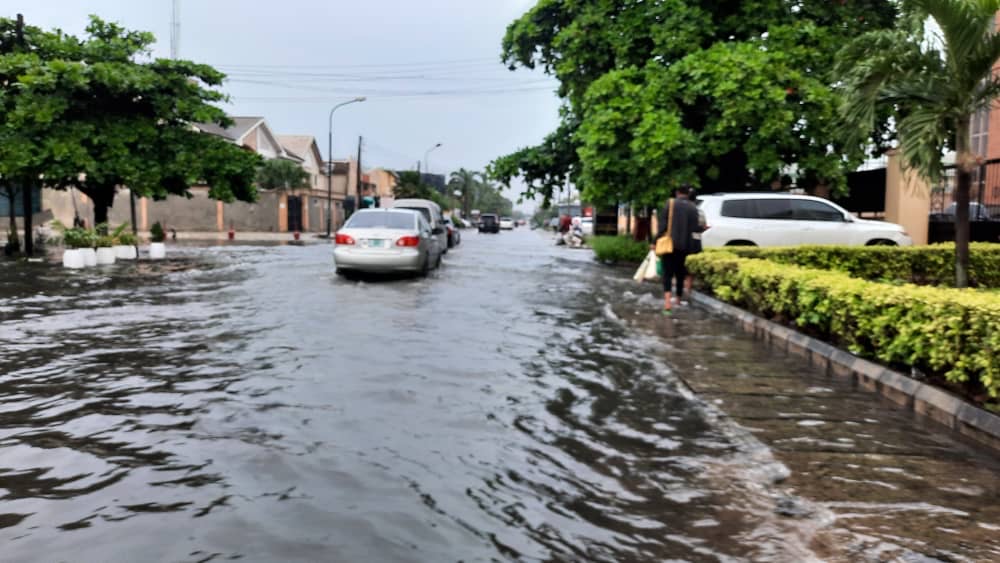