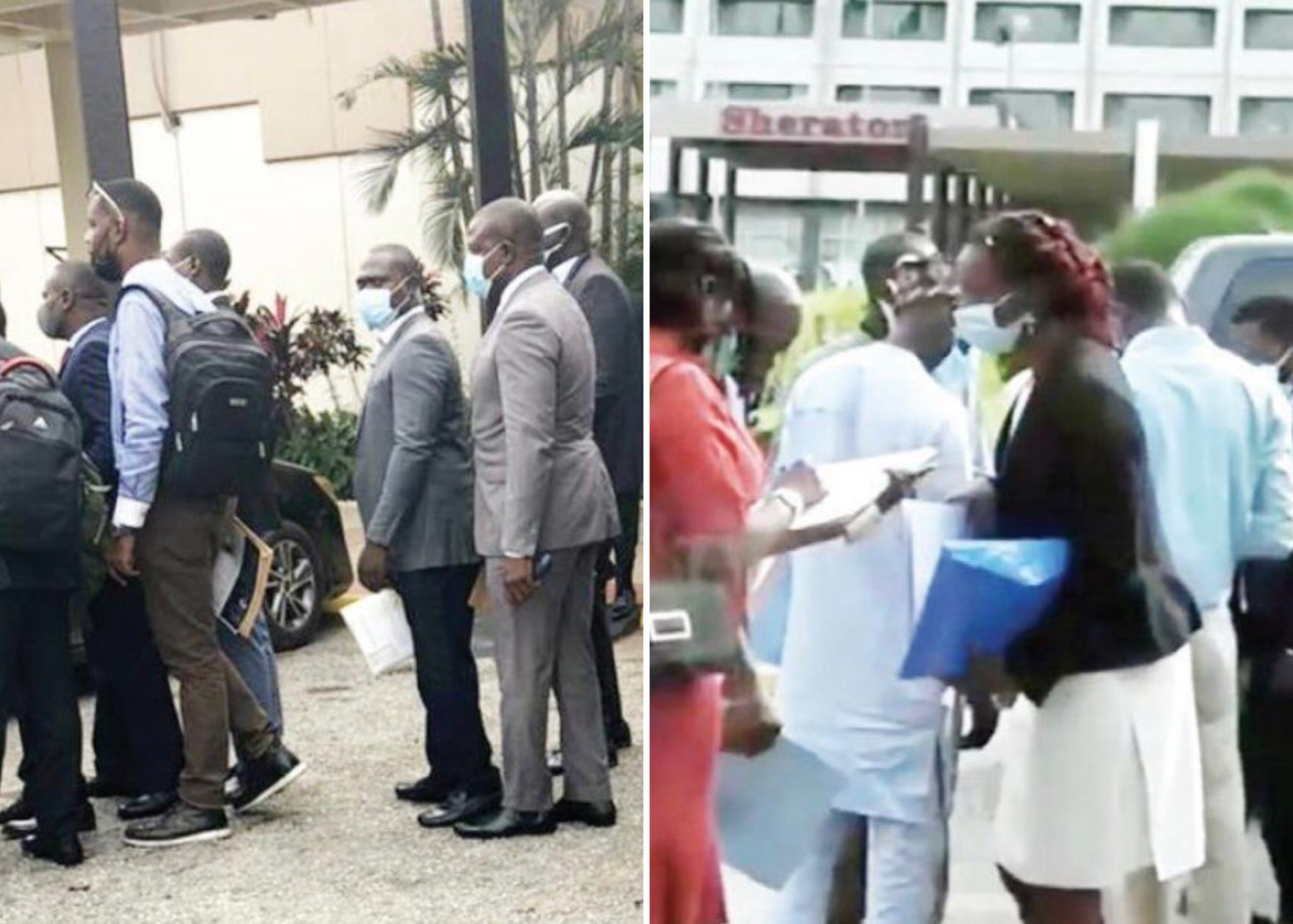 Operatives of Department of State Services, on Thursday, August 26, dispersed medical doctors, who took part in the ongoing recruitment exercise at Sheraton Hotels, Abuja, organised by Saudi Arabian Ministry of Health in Nigeria.

It would be recalled that on Tuesday MDB reported that medical consultants in droves flooded Ladi Kwali Hall in the hotel to participate in the recruitment, while another exercise was scheduled for Thursday.

In latest development according to ThePunch, DSS operatives on the second day of the exercise (Thursday morning) stormed the hotel, dispersing doctors and journalists, who gathered at the venue.

A journalist with International Centre for Investigative Reporting, Marcus Fatunde, was arrested at the venue but was later released.

An eyewitness told the publication;

When I came here, we saw the DSS operatives dispersing the people that came for the interview and before we knew it, everywhere had been scattered. A journalist with the ICIR, Marcus Fatunde, was also arrested, but he has been released.

A doctor, who spoke on condition of anonymity said;

Some of us, who came here today, came because we don’t even have jobs and we don’t want to do the wrong things. Two categories of people were here today: the jobless ones and the ones who are poorly remunerated.

We didn’t commit any crime; we just wanted a better system. So, why is the government trying to frustrate us?

Meanwhile, Vice-President, Nigerian Association of Resident Doctors, Adejo Arome, revealed that organisers of the interview confirmed to him that the exercise had been suspended.

Well, some people got to the venue today (Thursday) and when they didn’t meet anyone, they called me and I confirmed from the recruiters and some other doctors that the recruitment has been suspended.

The recruitment on Tuesday garnered coverage, because of the media publicity. It was everywhere that doctors were going to Saudi Arabia.

DSS was yet to react to the report, as at the time of filing this report.