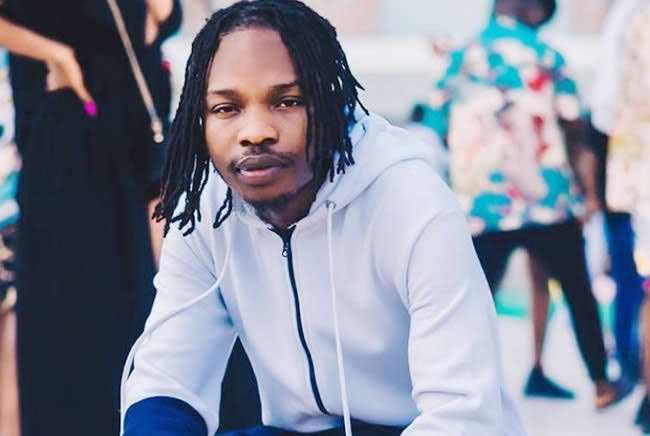 Singer, Azeez Adesina Fashola better known as Naira Marley has lambasted Executive Jets services, the charter flight firm that flew him into Abuja on Saturday for a concert, for addressing him and his crew as ‘bunch of useless people’.

The singer flew into the Federal Capital Territory on Saturday to perform at a drive-in concert, which contravened the social distancing guidelines.

The concert led to the indefinite seal of Jabi Lake Mall on Sunday by FCT authorities where the event was hosted.

The Minister stated that the flight was scheduled to airlift a Court of Appeal Judge and not Naira Marley’s crew.

In an apology letter addressed to the Sirika, CEO of Executive Jet Services, Sam Iwuajoku, clarified that the flight was approved for take-off over a case of mistaken identity.

He argued that he assumed the Justice, who at the time already traveled with a different flight, was replaced by Minister of Works and Housing after seeing the name – Babatunde Fashola – on the manifest.

The airline CEO went on to troll Naira Marley and his crew by saying he was not aware the flight airlifted ‘bunch of useless people’.

Reacting to this, Naira Marley lambasted the airline service in a tweet for calling him ‘useless’.

He made a clarification on the names on the manifest by saying his full name is Azeez Adeshina Fashola, while his younger brother’s name is Moshood Babatunde Fashola – who was mistaken as the Minister of Works and Housing.

He also averred he would not be using Executive Jet again for the nasty comment.

They asked for our names on the jet though your pilot is a Marlian (a name for fans of the artiste) and everybody there is a Marlian too. My name is Azeez Adeshina Fashola and my little brother’s name is Moshood Babatunde Fashola. You people were begging me to tag you.

Lool they asked for our names on the jet though and looooooooool ur pilot is a Marlian and everybody there is a Marlian too.. my name is Azeez Adeshina Fashola and my lil brothers name is moshood babatunde fashola😂😂😂 and u was begging me to tag y’all

Do you know that over 20,000 Marlians travel with executive jet a month. We would not be using your useless airline again for calling us useless. Thank God we did not crash on that flight because we nearly did. By the way, we did not book the flight ourselves.

Do u know that over 20,000 Marlians travel with executive jet a month. We won’t be using ur useless airline again for calling us useless.
Thank God we didn’t crash on that flight sha because we nearly did.
BTW We didn’t book the flight ourselves.

FG Lists Six Conditions For Reopening Of All Schools