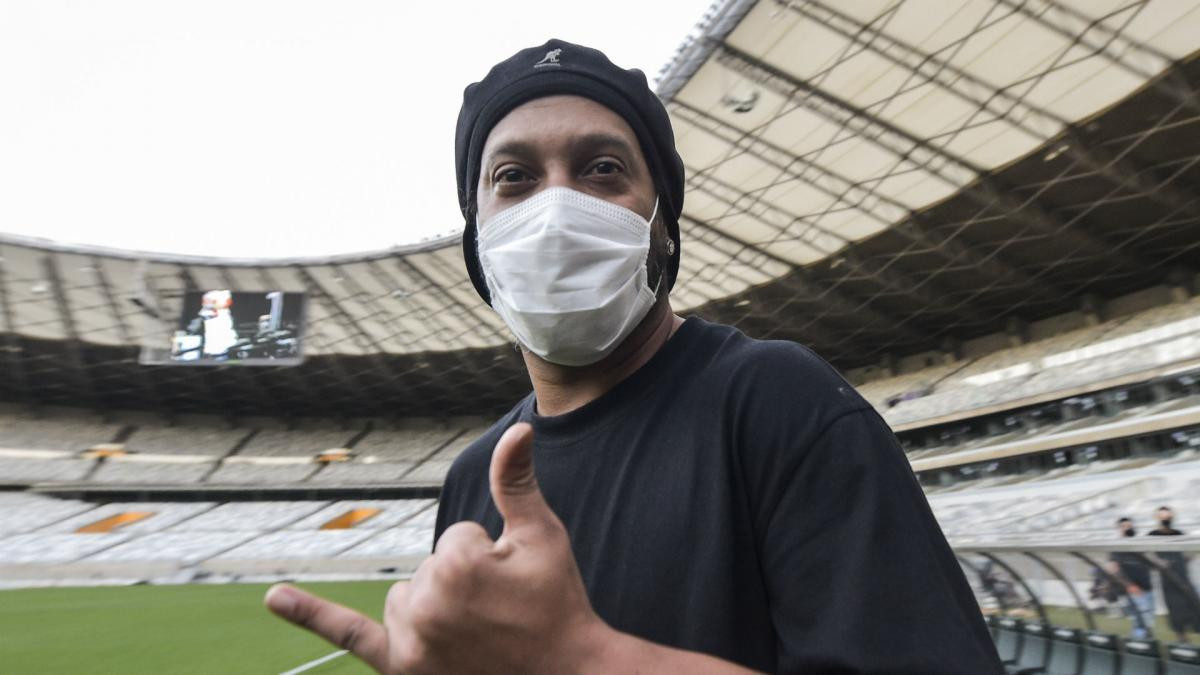 Former Brazil striker, Ronaldinho Gaúcho has announced that he has tested positive to coronavirus and has gone into self-isolation.

The World Cup and Ballon d’Or winner shared a video to his Instagram story revealing his diagnosis.

Ronaldinho was set to attend an event at Belo Horizonte’s famed Minerao stadium, but told his followers that he is asymptomatic and is now self-isolating in a hotel in Belo Horizonte.

I have been in [Belo Horizonte] since [Saturday], I came to participate in the event … I tested positive for COVID.

I am well, asymptomatic, but I will not attend. We will be together soon, big hug.

Earlier this year, Ronaldinho and his brother and manager, Roberto Assis, were jailed in Paraguay in March after entering the country with fake passports.

The two brothers were moved to house arrest in a Paraguayan hotel in April after serving 32 days in prison and released in late August after reaching a plea deal that included fines of $90,000 and $110,000, respectively.

Suarez Reveals Barcelona Told Him He Was ‘Too…