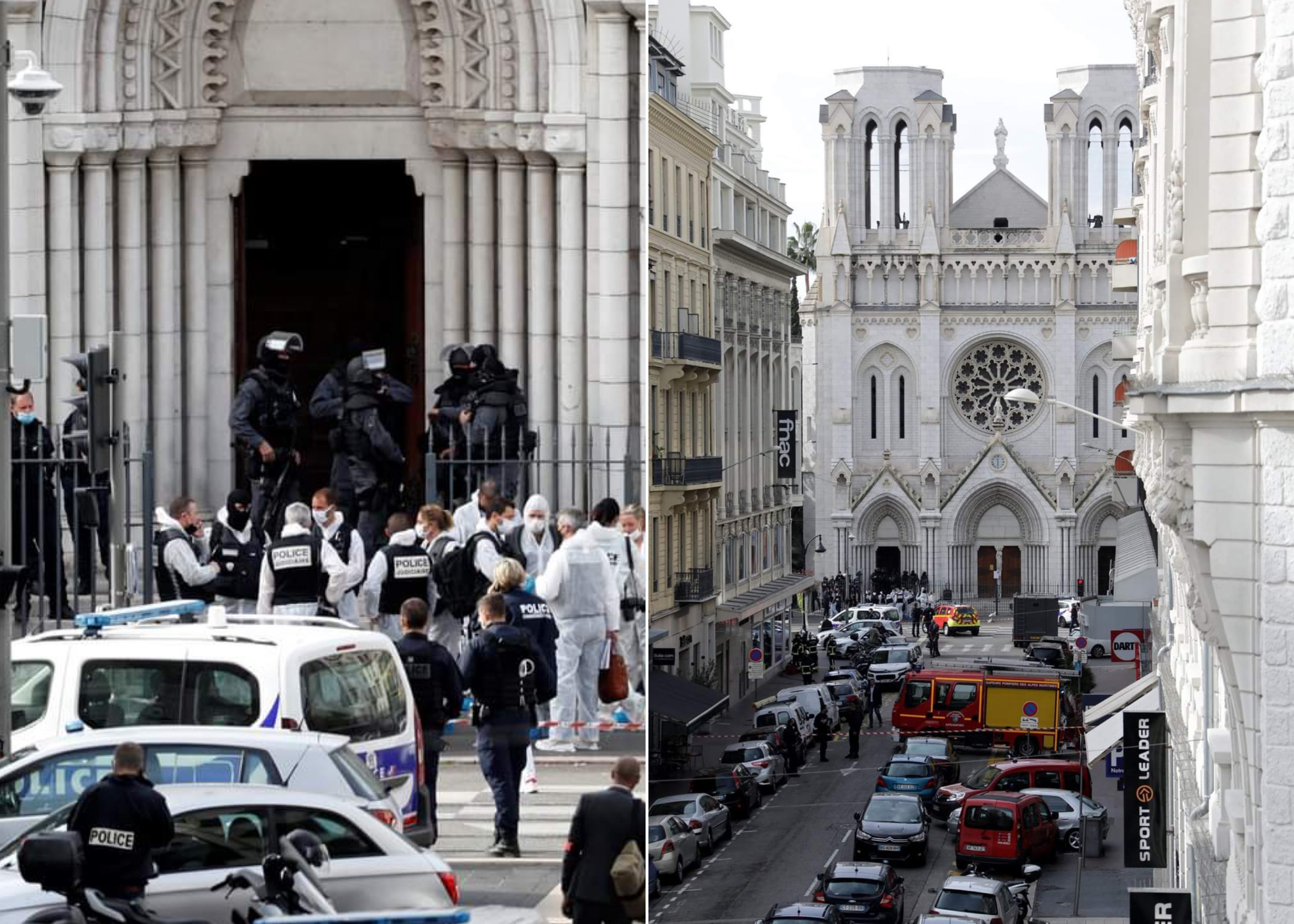 A knife attacker has killed at three people, with two of them beheaded in a suspected terrorist attack at catholic cathedral in Nice, France.

According to reports, the attack began around 9 am just as mass at the Notre Dame basilica – the largest Roman Catholic church in Nice, south of France, started.

Among the three people that have been confirmed dead are a man and a woman who were beheaded.

Police said a third victim, another woman, ran from the church seeking refuge in a café, shop but was hunted down and killed, while several others were left injured in the attack.

Police quickly rushed to the scene, where they shot and arrested the attacker, who has been taken to hospital.

I am on site with the [police] who arrested the perpetrator of the attack. I confirm that everything suggests a terrorist attack in the Basilica of Notre-Dame de Nice.

French interior minister Gerald Darmanin tweeted that a police operation is in progress, giving instruction to avoid the area.

He also announced that he has called a “crisis meeting” in response to the attack.

A police official said the assailant was arrested and taken to a nearby hospital after being injured during his arrest. He was believed to be acting alone and police are not searching for other assailants.

The police confirmed that the incident was being treated as a terrorist attack and that the national anti-terrorist public prosecutor’s department is now officially in charge of the investigation.

He cried ‘Allah Akbar!’ over and over, even after he was injured. The meaning of his gesture left no doubt.

The attack comes days after a teenage jihadist beheaded Samuel Paty, a history teacher for showing pupils cartoons of the Prophet Muhammad while teaching them about the importance of free speech.

He was posthumously awarded the Legion d‘Honneur, France’s highest award by French President Emmanuel Macron in recognition of the fact that he died for trying to explain the importance of freedom of speech.

President Macron also described the murder as an ‘Islamic terrorist attack’ that took the life of the French teacher.

Unity and firmness are the only answers to the monstrosity of Islamist terrorism.