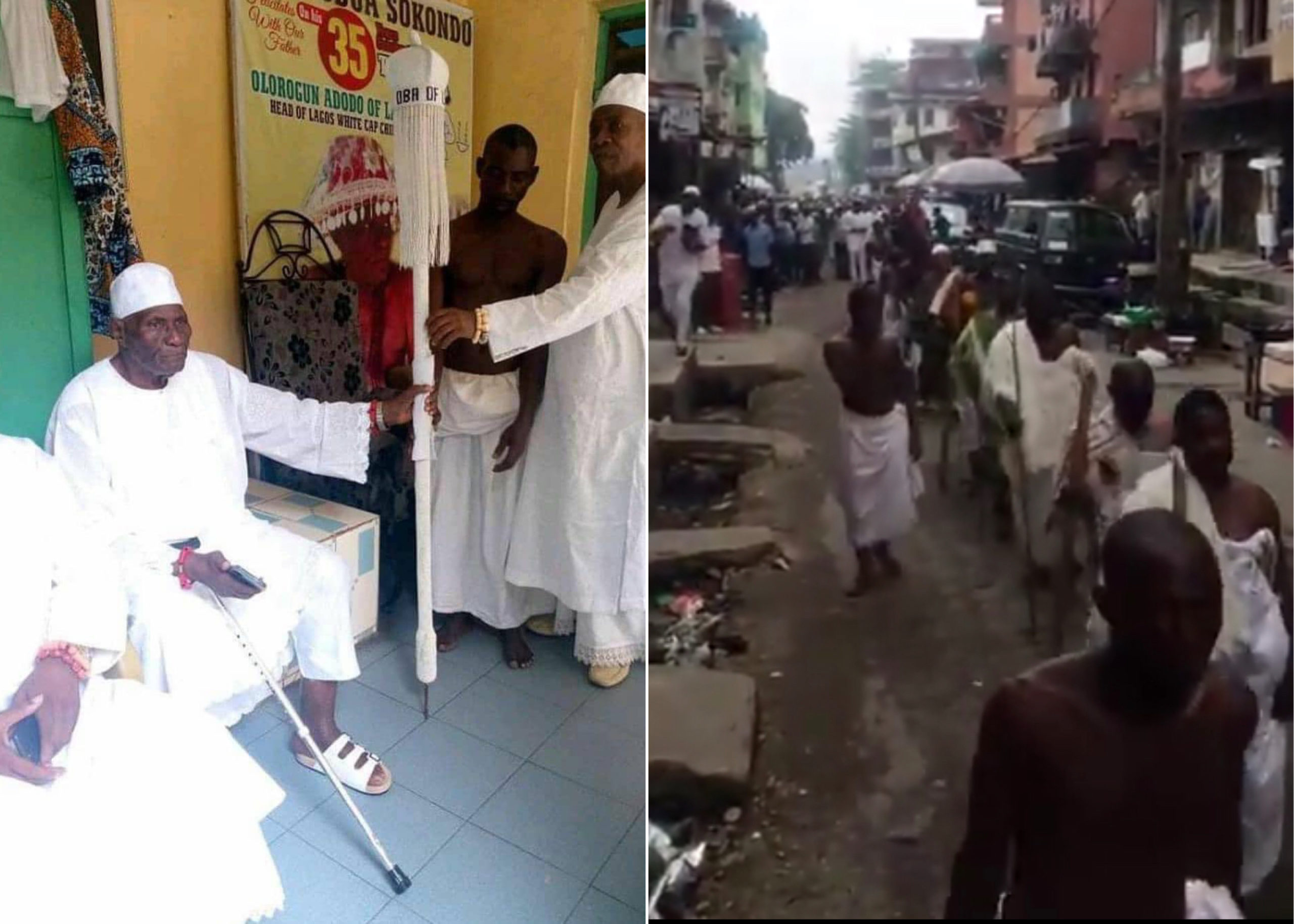 Traditional rulers have performed ritual rites at Isale Eko in Lagos Island to welcome the Oba of Lagos, Rilwan Akiolu and his Staff of Office to the Palace on Tuesday, October 27 following the vandalism of his Palace last week.

On Wednesday, October 21, the monarch and his wives were forced out of the palace after a mob stormed the Palace located at Iga Idugaran, Lagos Island, vandalising vehicles and carting away several artefacts including the Oba’s Staff of Office, which is the symbol of authority of the monarch.

The Staff of Office has now been found and the Oba will be returning to the palace tomorrow, October 28.

His chiefs, members of the royal family and others were in attendance at the procession in Isale Eko to welcome the Staff of Office.

This comes few days after Lagos titled chiefs condemned the attack on the palace of the Oba and the stealing of his traditional staff.

They made this known in a statement titled, ‘Lagos titled chiefs frown at the desecration of the Lagos traditional institution’, on last Thursday.

While frowning at the attack on Akiolu’s palace, the chiefs described the carting away of his instrument of office as a taboo and a desecration of the traditional institution of Lagos.

See videos of the ritual rites below;

– Possession walk for the Legitimacy of the new staff of office of the Oba of Lagos.

…. The staff of office has been found.

The rites taking place today is to welcome the staff back in to the palace. The Oba is expected in the palace tomorrow October 28.