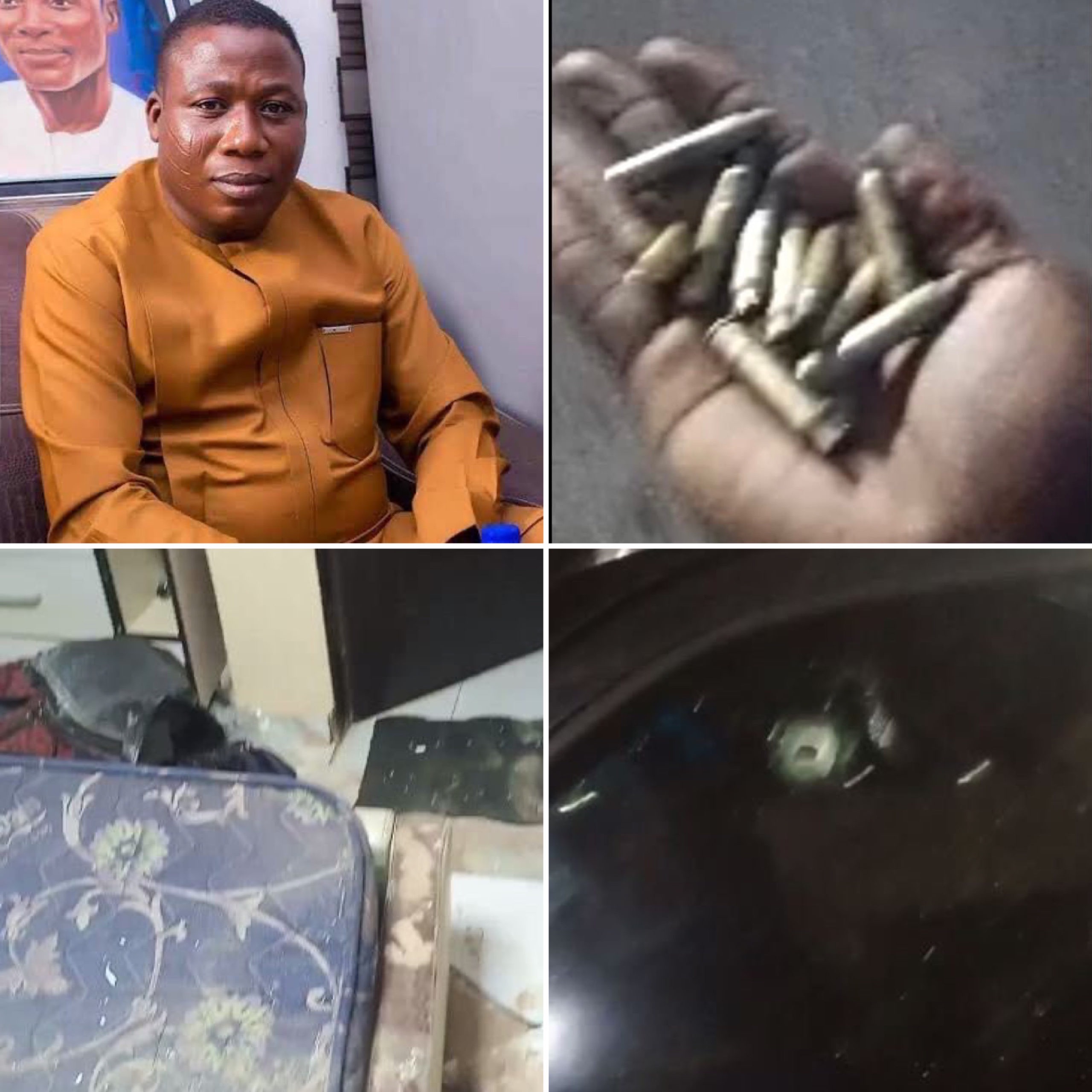 Yoruba nation agitator, Sunday Adeyemo better known as Sunday Igboho, has dragged Attorney General of the Federation (AGF), Abubakar Malami, DSS and State Director of the secret police before an Oyo State High Court in Ibadan, the state capital, seeking the enforcement of the fundamental rights of the activist.

The activist is demanding a sum of N500 billion as damages and another N500 million as special damages.

Recall that the Ibadan home of Igboho was invaded by personnel of the Department of State Services (DSS) on July 1 with two persons killed and 12 others arrested.

Igboho, who claimed to be in the house at the time of the invasion, was not found by the DSS.

The 48-year-old was however arrested with his wife at the Cardinal Bernardin International Airport, Cotonou, Benin Republic on Monday. He was subsequently arraigned before a judge at Cour De’appal De Cotonou.

In a notice of application filed by Yomi Aliyu, his lawyer, at the Ibadan high court, Igboho said his fundamental human rights were trampled upon by the government.

He joined the attorney-general of the federation (AGF) and DSS as co-defendants.

The application read in part;

The invasion and malicious damage of the applicant’s residence and properties therein at about 1am to 3am by the 2nd and 3rd respondents is a violation of the applicant’s fundamental right to his privacy and that of his home as guaranteed and protected by sections 37, 43 and 44 of the Constitution of the Federal Republic of Nigeria, 1999 (as amended), and African Charter on Human and Peoples Rights (Ratification and Enforcement)g, Act, LFN, 2010.

That the respondents resolute in preventing the applicant from propagating his belief in association with other like minds in creating a Yoruba Nation and/or Oduduwa Republic for his indigenous Yoruba people and hunting him with gun, with a view to arresting him dead or alive when he has not called for war in achieving same is against his fundamental rights to freedom of thought since campaign for self-determination is recognised by Nigerian law and international treaties of organisations to which Nigeria belongs.

An order of this honourable court awarding the sum of N5 billion being exemplary and/or aggravated damages for breaching the applicant’s fundamental rights in the course of illegal and/or malicious invasion of his residence.

The application also prayed the court to direct the respondents to tender a public apology in two national dailies for breaching the fundamental rights of Igboho.

NEC Meeting Would Determine When Strike Would Begin –…