Late Afrobeat Legend, Fela Kuti Misses Out As An Inductee Of 2021 Rock And Roll Hall Of Fame Despite Having Second Highest Vote In Fan Voting Category 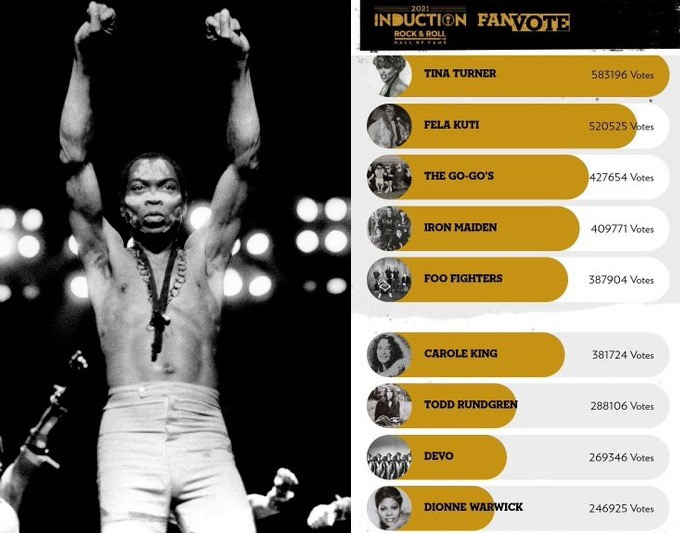 Late Afrobeat pioneer, Fela Kuti has missed out as an inductee of 2021 Rock and Roll Hall of Fame despite coming second in fan vote category with over 500,000 votes.

To be eligible for Rock and Roll Hall of Fame, artists are “required to have released their first record 25 years prior to induction.”

Back in February, the Nigerian icon was announced as one of the nominees alongside other veteran stars such as Mary J. Blige, Kate Bush, Devo, Foo Fighters, The Go-Go’s, Iron Maiden, Jay-Z, Chaka Khan, Carole King, LL Cool J, New York Dolls, Rage Against the Machine, Todd Rundgren, Tina Turner, and Dionne Warwick.

At that time, fans of the musician were urged to cast their votes for their favorite stars through April 30, on Hall’s website as the 2021 inductees will be announced in May, with the ceremony to take place in Cleveland in October. 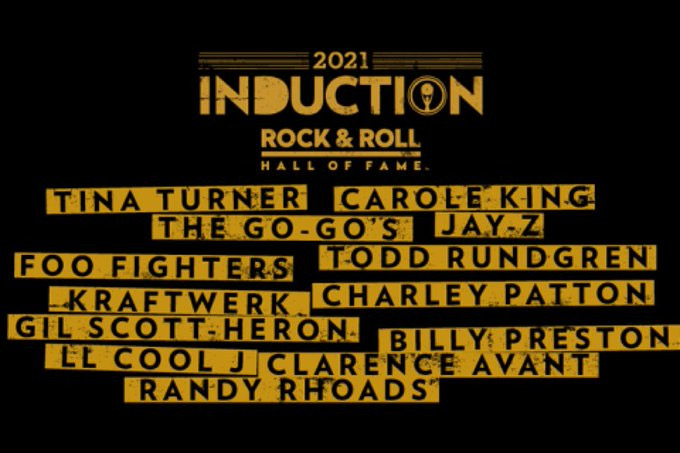 However, it was later discovered that ballots are voted on by more than 1,200 artists, including former inductees, “historians and members of the music industry.”

Giving a reason for the omission, the legend’s son, Femi Kuti stated that there is a ballot voting that counts as the main form of voting and not the fan voting category.

Apparently there’s another vote only members can take part in, and that’s what counts. So they kind of wasted our precious time, the positive side #Fela was trending and many who never heard of him got to hear his music and his story . https://t.co/xhUqFTeZiO

The full list of the new class follows below.